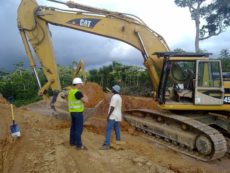 Some 200 excavators have been uncovered at mining sites in the central region alone, by the inter-ministerial committee on illegal mining. The committee which is on a mission to sanitize the mining sector says the ongoing vetting of licenses of small scale miners is aimed at having a grasp of the actual situation in the […] 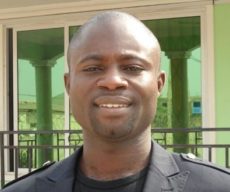 Opposition National Democratic Congress Member of Parliament for Juaboso, Kwabena Mintah Akandoh has described president Nana Addo Dankwa Akufo Addo as a ‘senseless’ non-performer. According to him, if the president had not won the 2016 elections and performed so poorly and abysmally, Ghanaians would have thought that he was intelligent with big brains that he […] 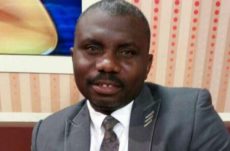 If you are job hunting, then you must inject some discipline into your life by learning how to wake up very early in the morning and get to the newspaper stands and surf through the papers and who knows, you might be lucky to land your dream job in the job adverts column. That is […] 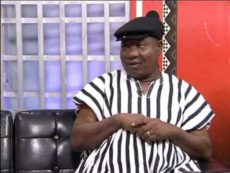 General Secretary of the opposition National Democratic Congress (NDC), Johnson Asiedu Nketiah has indicated that he will not descend into the gutters with his party’s former central regional chairman, Allotey Jacobs. According to him, he has no time for frivolous talk and will continue to engage in meaningful and productive ventures and activities that will […] 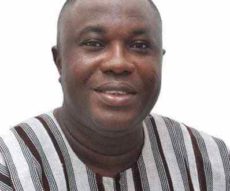 Aspiring National Chairman of the opposition National Democratic Congress (NDC), Samuel Ofosu Ampofo has faulted government for not broadly consulting all relevant stakeholders before the roll out of the Double-Track system, arguing that no serious country will implement a major educational reform like the Double-Track system without comprehensive consultation. According to him, the new policy […] 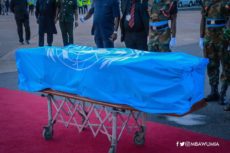 The mortal remains of Mr. Kofi Annan arrived in the country today for a 3 day funeral service arranged by the state for the former Secretary General of the United Nations who passed on in Sweden some three weeks ago. The 7th United Nation’s Secretary General’s remains received a brief ceremony at the Kotoka International Airport […] 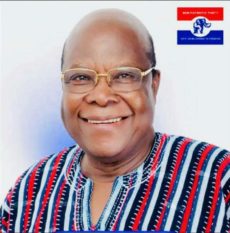 Tension is brewing among regional executives of the ruling New Patriotic Party (NPP) in the Upper West Region over the suspension of the Nadowli/Kaleo NPP parliamentary candidate for the 2016 elections. Whereas a section of the executives seem to be against the suspension of Mr. Elvis Banoemuleng Botah, others seem to endorse the action by […] 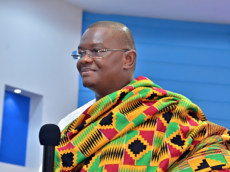 Mr. Sylvester Adinam Mensah, One of the gurus in the opposition National Democratic Congress (NDC) “fighting” against the comeback of former president John Mahama has said even though the former Ghanaian leader is his very close friend, he must give to a new face to lead the party. Sylvester Mensah is among seven NDC stalwarts […] 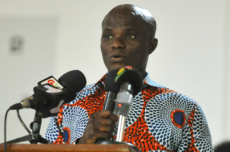 The woes of the New Patriotic Party (NPP) member of Parliament for the Ekumfi Constituency, Francis Ato Cudjoe seem far from over as some youth in the constituency have accused of refusing to ‘settle’ them after he contracted them to destroy properties belonging to the former MP for the area, Ato Crentsil in the lead […] 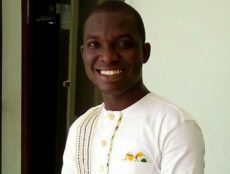 The suspended Noadowli/Kaleo New Patriotic Party (NPP) Parliamentary candidate in the 2016 elections, Elivis Banoemuleng Botah has fired back at the party leadership in the constituency, saying the action lacks focus and that the disciplinary committee hold no appropriate jurisdiction and lacks grounds to apply such sanction to him. In a statement issued a while […] 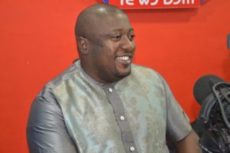 National Youth Organiser of the ruling New Patriotic Party (NPP), Henry Nana Boakye has alleged that Ashanti Regional Chairman contenders for the opposition National Democratic Congress (NDC), Nana Akwasi and Joseph Yammin both visited mallams in the lead up to the party’s regional delegate’s conference to seek spiritual help to enable them win the position. […]

General Secretary of the opposition National Democratic Congress (NDC), Johnson Asiedu Nketiah has lashed out at NDC presidential candidate hopeful, Professor Joshua Alabi, saying he cannot set rules for the party. General Mosquito as the NDC chief Scribe is popularly known was reacting to complaints by the Jashua Alabi campaign team that the party’s anthem […]

The boom in digital payment platforms and digital banking systems have come with its own risks and cost to the financial industry. Latest figures from the Association of Certified Fraud Examiners (ACFE) indicates that the global financial industry loses about US$67 billion to fraud related activities annually. The United Nations Office on Drugs and Crime […]