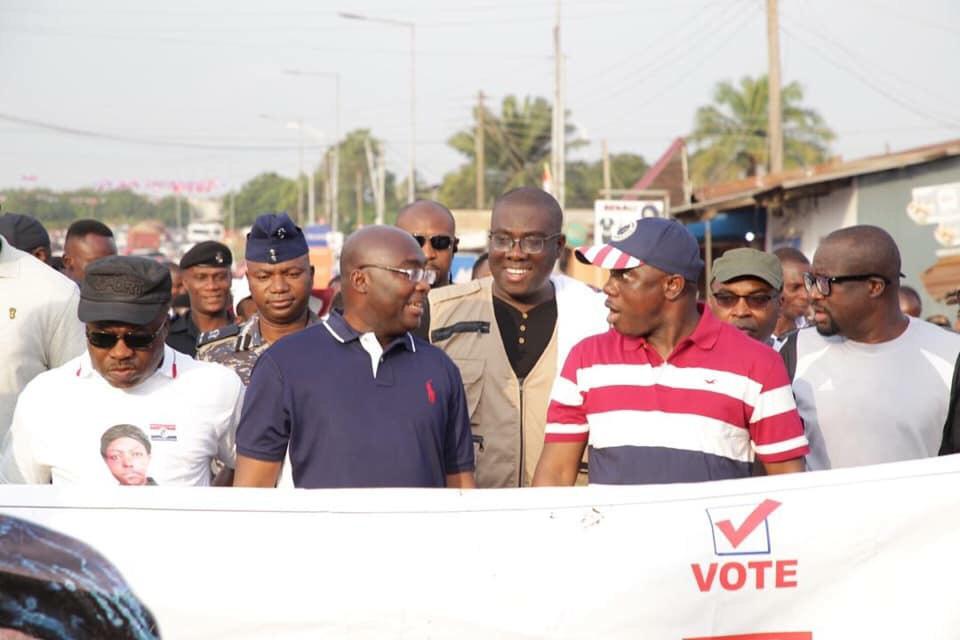 The Agyarko Memorial Health Walk in the Ayawaso West Wuogon Constituency saw a massive turn-out as the Vice President, Dr. Mahamudu Bawumia and the National Organiser of the ruling New Patriotic Party, Sammy Awuku led the walk across the constituency.

The Agyarko Memorial walk was designed to honour the memory of the late Member of Parliament for the constituency and to whip up support for the NPP Parliamentary candidate in the upcoming by-election slated for January 31, 2019.

Joined by thousands of party members and supporters, the walk started at the Okponglo Junction Taxi Rank through the principal streets of the constituency. 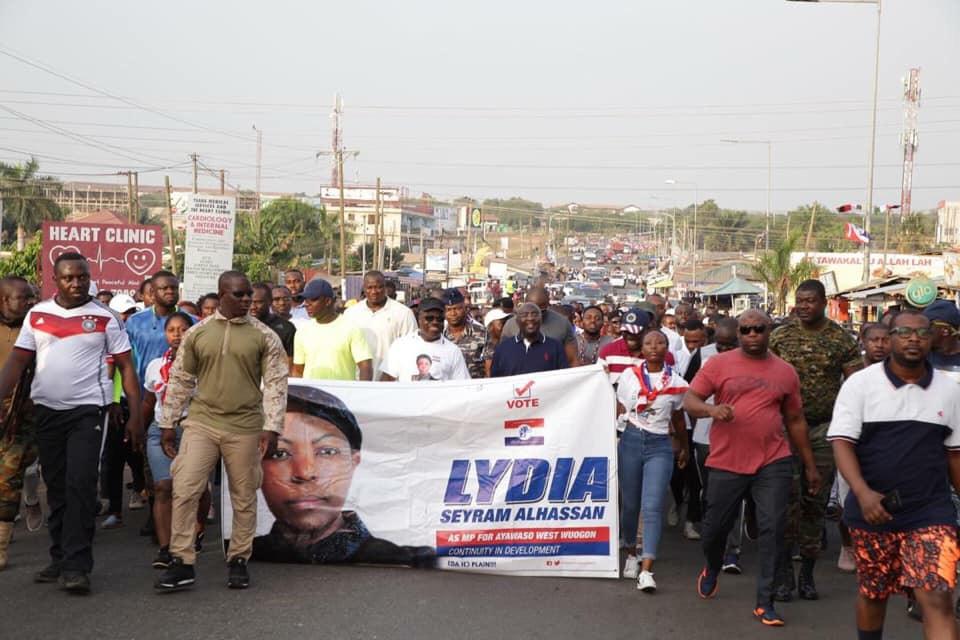 The others are Patriotic Ladies Club, Printers for Power, Young Professional Network, The Stewards, Osikani Youth Wing, Young Kukrudites Movement and United Grassroots Movement among others.

The Ayawaso West Wuogon by-election has been occasioned by the death of the Member of Parliament for the Constituency, Emmanuel Kyeremanteng Agyarko who passed on some weeks ago in the United States of America where he was receiving treatment at a health facility for an ailment. 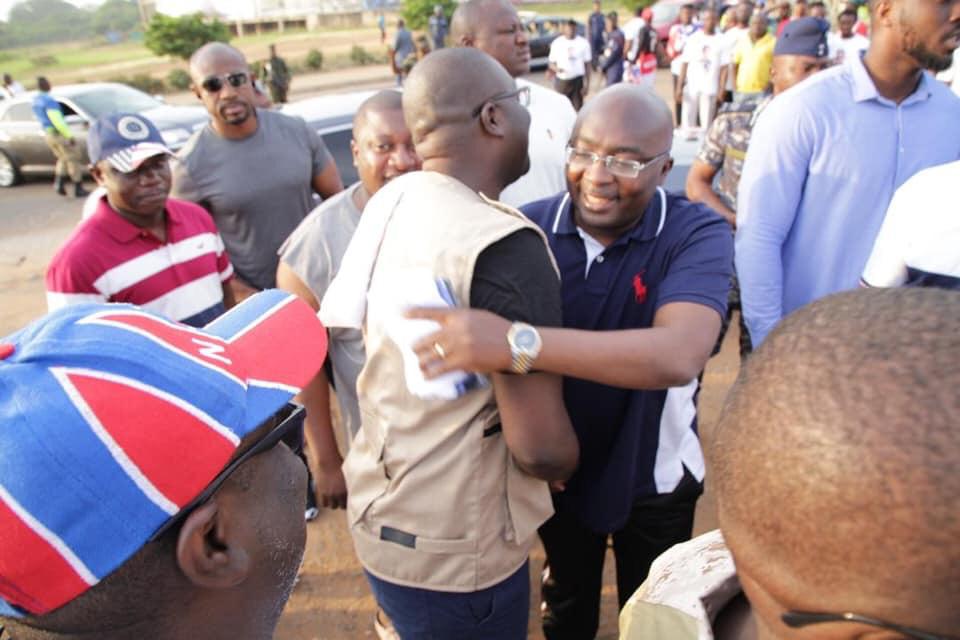 The late MP’s widow Lydia Alhassan has been elected by the ruling New Patriotic Party to contest the seat on its behalf and to retain the seat which has been in the grips of the party since 1992.

Even though the seat is has been in the hold of the NPP, the party is approaching the contest with all the seriousness, and has appealed to members and supporters to eschew complacency. 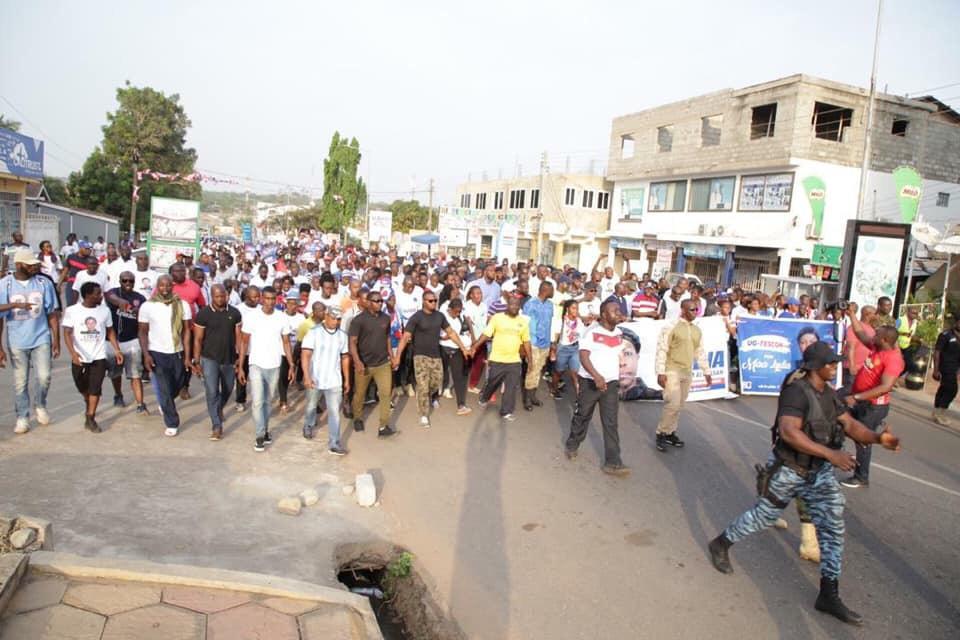 The National Organiser, Sammi Awuku said the election is crucial and must be treated as such and urged party members and supporters to work hard to ensure an emphatic victory for the party in the constituency and to consolidate the legacy of the late MP. 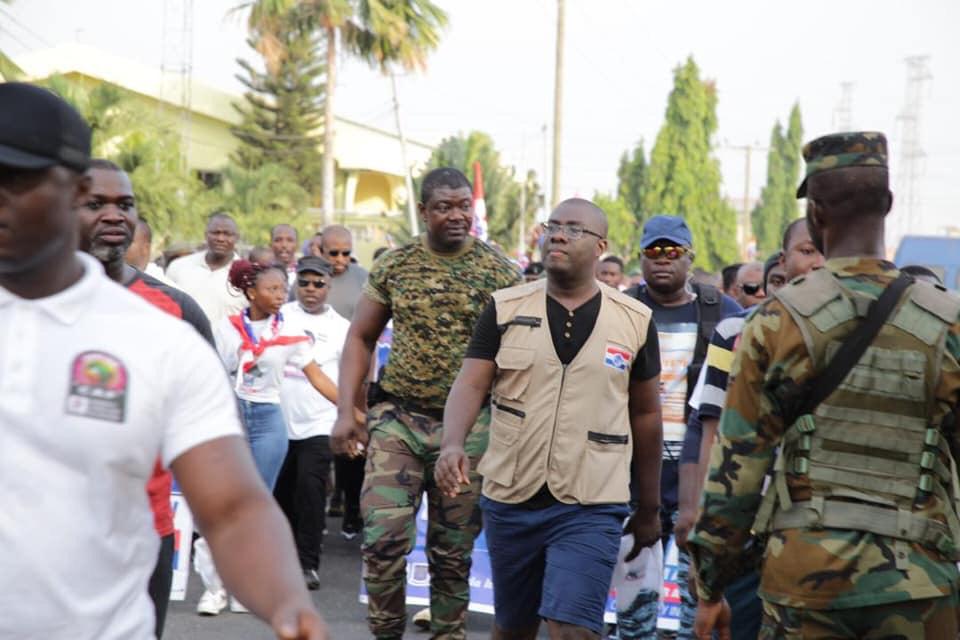