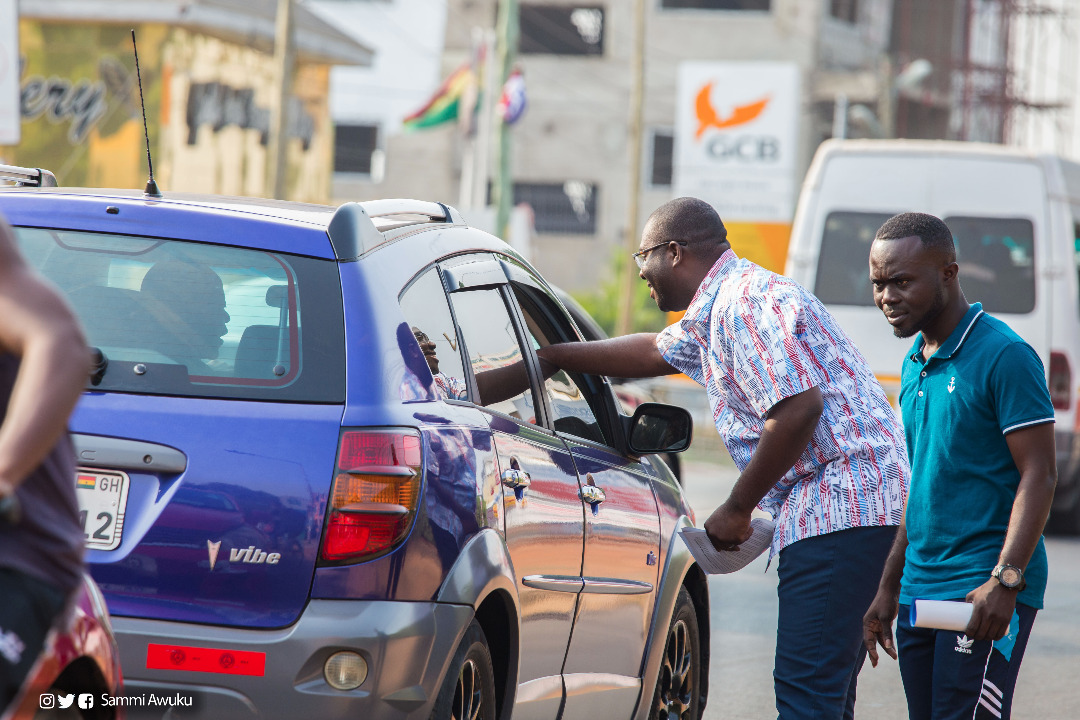 The Charismatic, hardworking and dynamic National Organiser of the ruling New Patriotic Party (NPP) Sammi Awuku was earlier today Thursday, January 17, 2019 spotted vigorously leading a team of party members and supporters campaigning on the streets of Ayawaso West Wuogon, in the lead up to the by-election slated for the 31st of January 2019.

Caught on camera distributing party leaflets, handbills, posters and other party paraphernalia while propagating the party’s campaign message during the early morning rush hour to motorists, pedestrians and constituents, the busy NPP national organizer seemed to have taken no notice of anyone, but was fixated at selling the party’s message to the people. 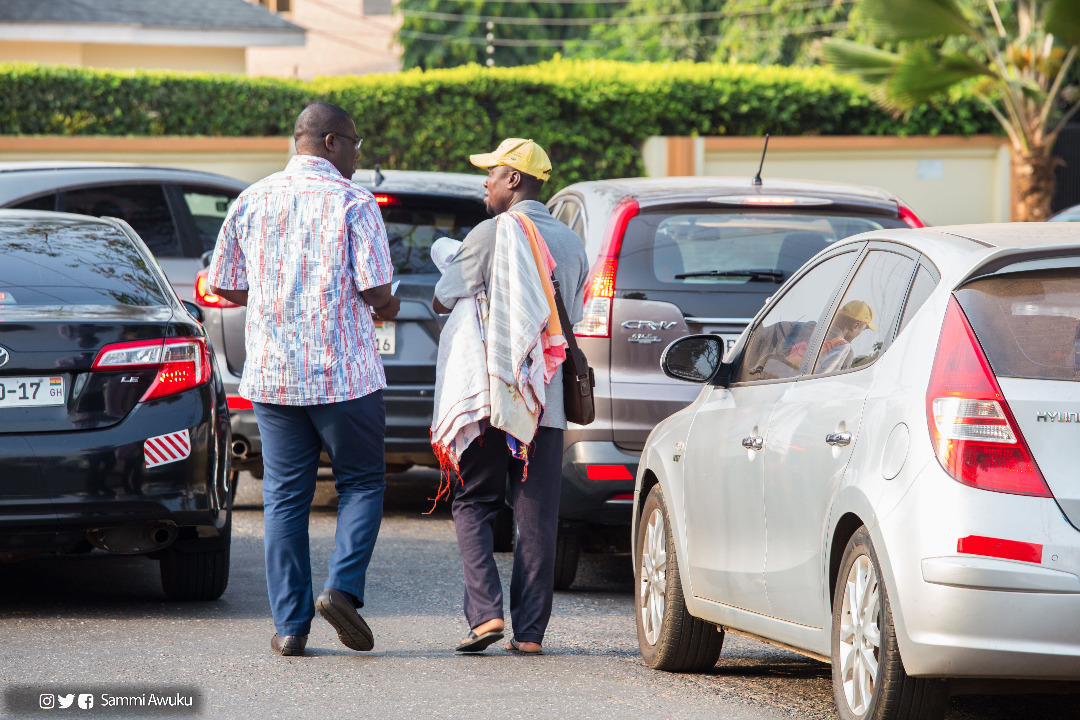 His visit and vigorous campaign in the constituency has been analyzed by political watchers as a heavy boost to the campaign of Madam Lydia Seyram Alhassan who is the NPP parliamentary candidate for the constituency.

The Popular National Organiser of the NPP also took turns to Campaign in the trotros and shops lined up on the streets of Bawaleshie, East Legon and the Emmanuel Eye clinic area. 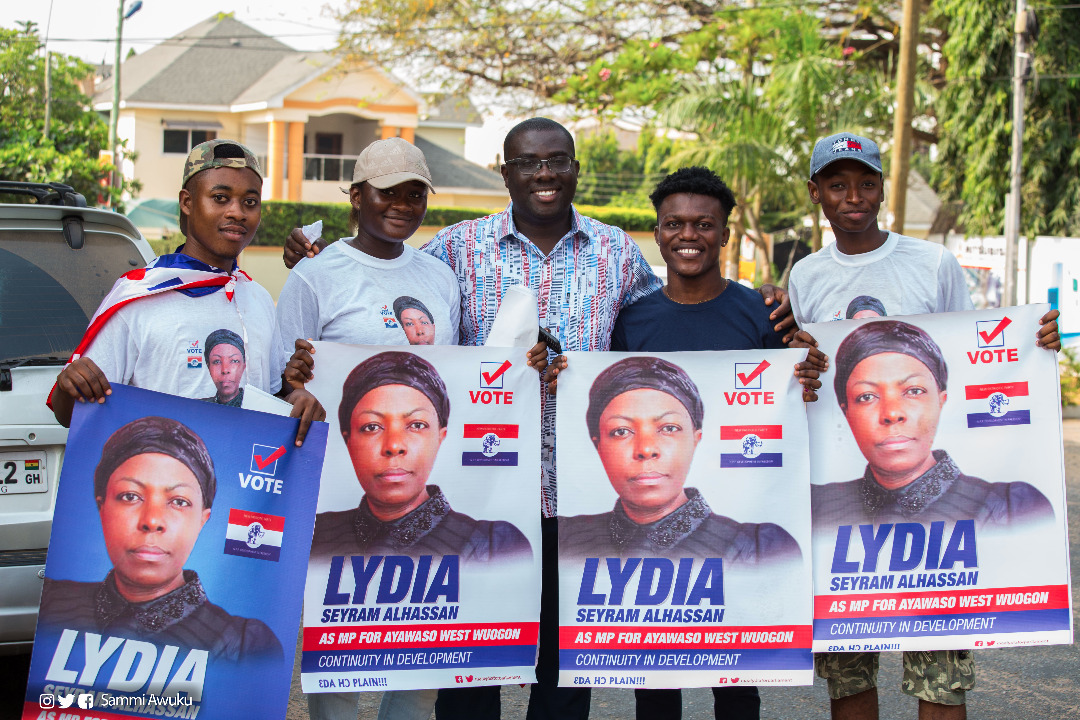 In a brief message to the constituents, Mr. Awuku who also doubles as the Board Chairman of the Youth Employment Agency (YEA) assured the people that 2019 was going to be a better year as the Nana Addo Dankwa Akufo-Addo led government was determined to ensure the consolidation of all the gains made so far in terms of improving the economy, adding that the ultimate plan is to ensure a prosperous Ghana, provide jobs for the youth and put smiles on the faces of generality of the Ghanaian people. 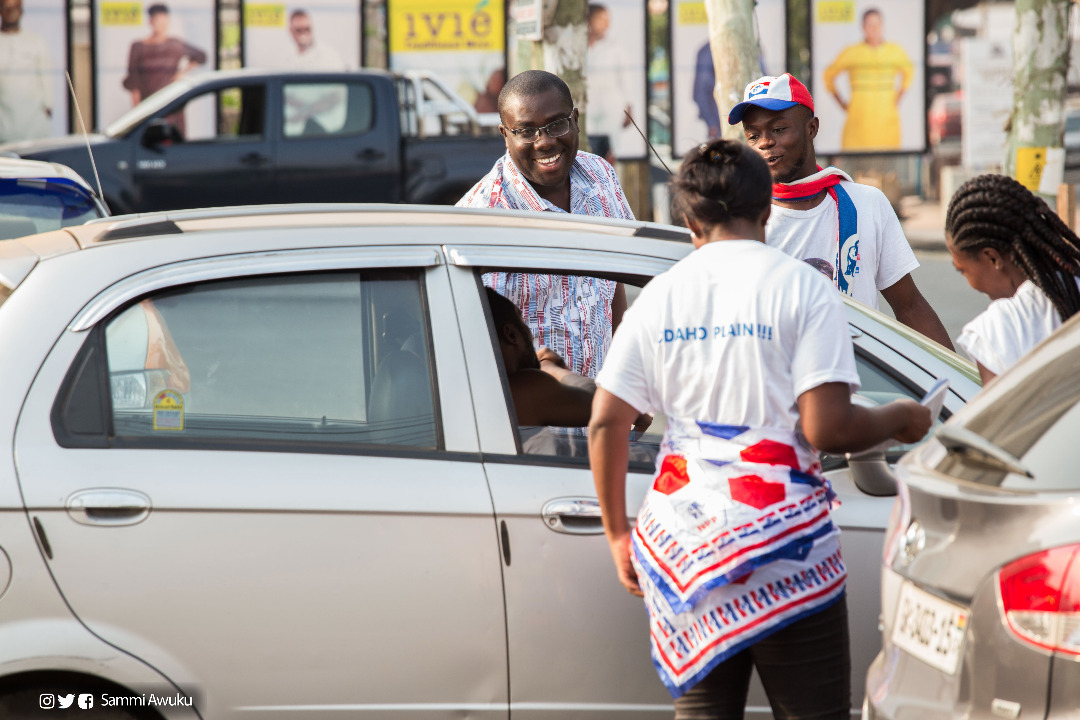 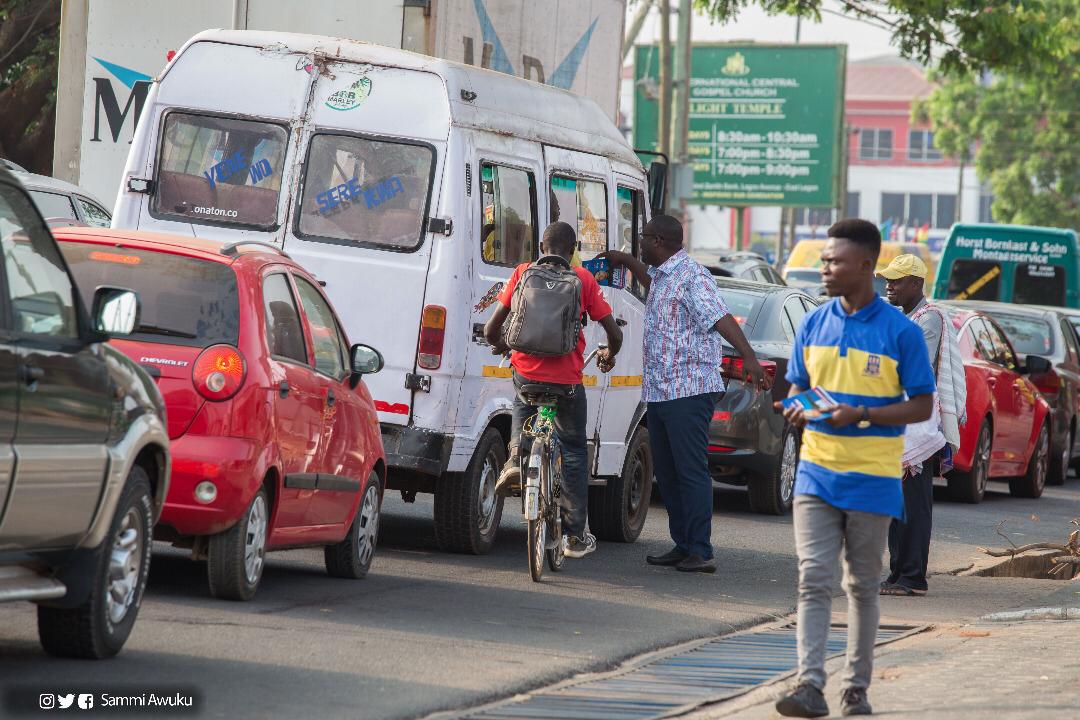 The Ayawaso West Wuogon Constituency by-election was occasioned by the demise of the MP for the constituency who passed on a few weeks ago in America where he was receiving treatment for an ailment in a health facility. 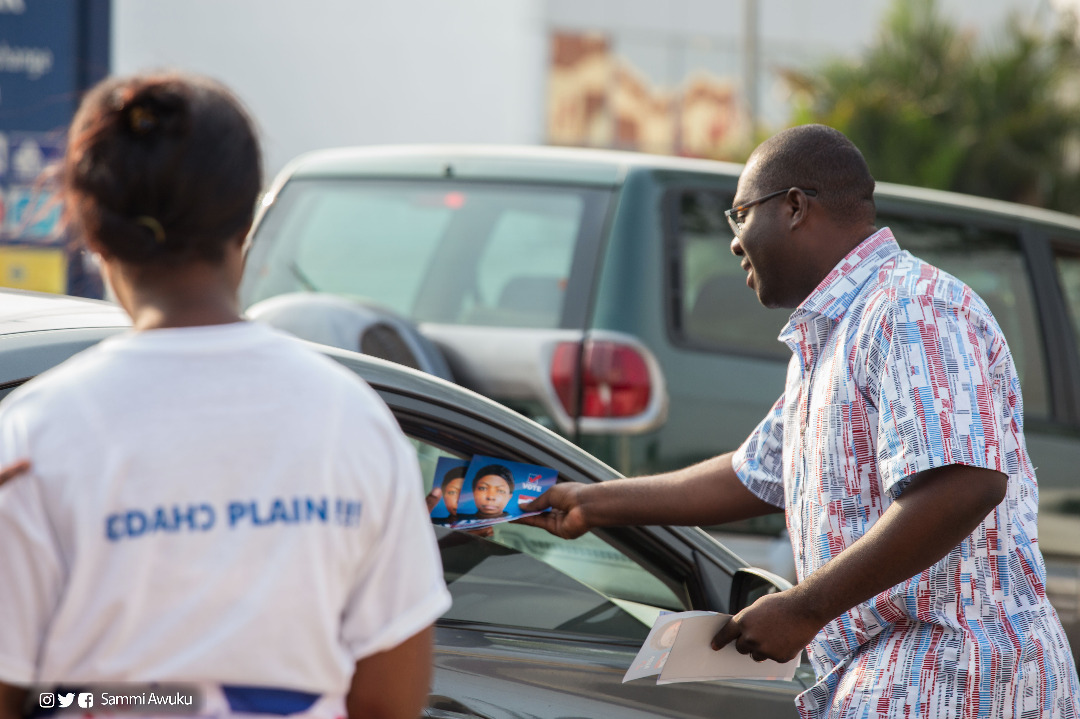