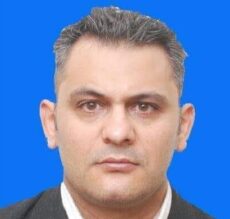 The Economic and Organised Crime Office (EOCO) has launched a manhunt for a Lebanese described as a member of an international organised criminal syndicate that defrauds people. Naji Khalil has been on the wanted list of EOCO since June 2022, after he was jailed for five years in absentia for fraud by an Accra Circuit […]

A former Deputy General Secretary of the New Patriotic Party (NPP), Nana Obiri Boahen, has said he would ensure that the sitting Vice President, Dr Mahamudu Bawumia, wins the party’s flagbearer contest and subsequently the 2024 general elections to become the next President of Ghana. Nana Obiri Boahen, who described himself as a president of […] 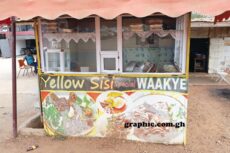 Five people have reportedly died after eating a meal of rice and beans, popularly known as waakye, they bought from a food joint at Oyibi Bush Canteen Junction, in Accra. About 40 people were reportedly affected, out of which five, including a pregnant woman and a lotto vendor, died. The victims including the waakye seller, […]

Reggae/Dancehall musician, Stonebwoy, has revealed that footballer Asamoah Gyan footed his bill for a surgery he underwent about seven years ago. Taking to Twitter, Stonebwoy thanked the former captain of the Black Stars for his benevolence. Sharing a picture of Asamoah Gyan the ‘Everlasting’ hitmaker wrote “@ASAMOAH_GYAN3 you came tru (through) for me around this same […] 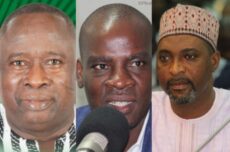 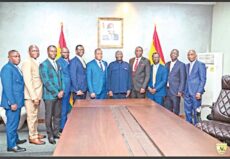 The Vice-President, Dr Mahamadu Bawumia, has called for a bi-partisan approach to fix the prevailing economic challenges in the country. He said the government was also working assiduously to address the difficulties the people were going through. Dr Bawumia made the call during a courtesy call on him by the General Superintendent of the Assemblies […] 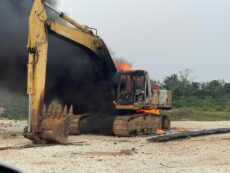 The Forestry Commission (FC) has burnt some mining equipment seized from illegal miners operating within forest reserves in the Ashanti Region. The equipment include 12 excavators, 12 heavy duty pumping machines and make-shift wooden housing structures. The mining equipment were seized at the Bunusu portion of the Oda River Forest Reserve and the Koboro-Odaho portions […] 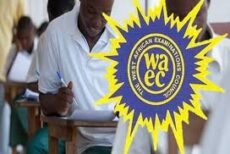 Pope Francis criticised laws that criminalize homosexuality as “unjust,” saying God loves all his children just as they are and called on Catholic bishops who support the laws to welcome LGBTQ people into the church. “Being homosexual isn’t a crime,” Francis said during an interview Tuesday with The Associated Press. Francis acknowledged that Catholic bishops […] 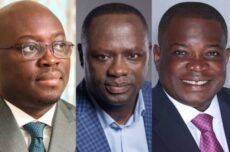 The National Chairman of the National Democratic Congress (NDC) says the party carefully planned the change in its leadership in Parliament.  Johnson Asiedu Nketiah said election 2024 will be fought on the economy and thus the party had the obligation to put its best foot forward. According to him, the party’s campaign message ahead of […]