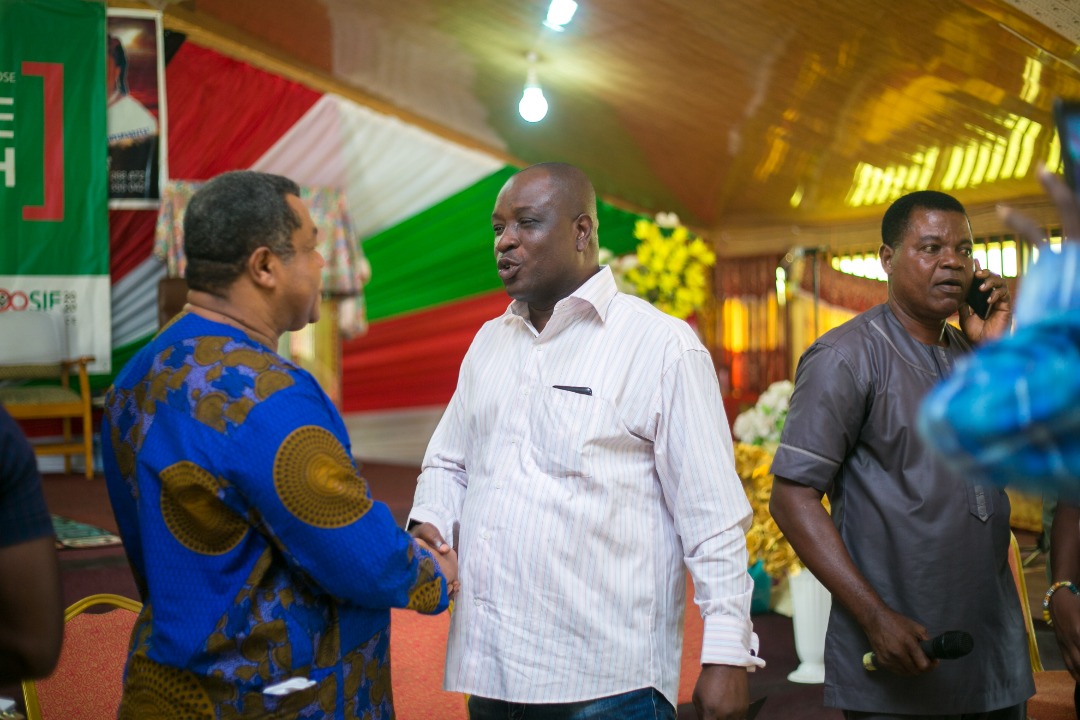 National Democratic Congress Member of Parliament for Sege constituency, Christian Corleytey Otuteye has said presidential candidate hopeful, Goosie Tanoh “stole his heart” after he had a face to face encounter with  him for the first time.

However, the legislator who is also a lecturer was not yet ready to endorse his “new found love politician” until he has listened to all other contestants.

Mr. Otuteye was among hundreds of delegates whom Mr. Goosie Tanoh engaged during a campaign tour to some places in Accra to canvass for votes ahead of NDC’s crucial presidential primaries.

Shortly after the meeting, the Sege legislator told journalists “I was convinced with his message, personally he won my heart and I believe he also won the hearts of the delegates”.

However, he was quick to state that he was yet to listen to other aspirants to make a firm decision as to who to vote for.

He described Mr. Goosie Tanoh as a well-qualified, nice gentleman prepared for the job of president of Ghana.

He was particularly impressed with Mr. Goosie Tanoh’s message of unity, grassroots empowerment, revamping of the Agricultural sector through job creation, and developing a sense of ownership of the NDC party among members.

Christian Corleytey Otuteye is one of the 94 NDC members of parliament who were allegedly deceived to sign a document which was supposed to seek endorsement of the comeback of former president John Dramani Mahama.

Former President John Mahama, the then sitting president, lost the 2016 elections to the then opposition party’s Nana Akufo Addo by close to a million votes and is seeking a comeback.

Some of the said 94 MPs later made shocking public revelations that they were blackmailed into putting pen to paper to endorse Mr. Mahama.

When asked why he endorsed Mr. Mahama, Christian Otuteye denied endorsing the former president’s comeback saying ” I don’t know about any endorsement, Mahama is yet to come here so what if the new ones coming have better ideas?”

Goosie Tanoh is facing stiff competition from 11 other aspirant including former president John Mahama who is making a comeback for the party’s flagbearer slot for the 2020 elections.

Goosie Tanoh launched his campaign in October in the Volta region where he visited tens of thousands of voters to solicit for votes.