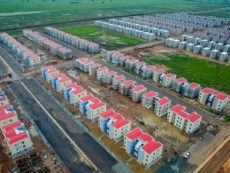 The Housing Minister has revealed that following an audit report submitted by the Ghana Institution of Surveyors on the Saglemi Housing project it has been revealed that over $114 million has been embezzled by the NDC administration. According to Samuel Atta-Akyea, the Criminal Investigations Department (CID) of the police is interrogating his predecessor and other […]

Lies, hypocrisy, inconsistency and half-baked truths are the main characteristics of the 143-paged so-called People’s Manifesto of the opposition National Democratic Congress (NDC). Naturally, it is expected that this 143-page document would be a social contract between the National Democratic Congress (NDC) and Ghanaians, giving millions of Ghanaian citizens aspirations to develop their God given […] 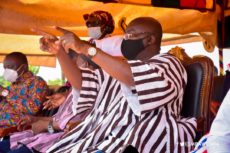 Vice President Dr. Mahamudu Bawumia has challenged former President Mahama to name just one legacy which his purported programme for the development of the northern part of Ghana, the Savanna Accelerated Development Authority (SADA). Addressing a durbar in his honour by the chiefs and people of Tatale Traditional area on Friday September 4, Bawumia described […]

Claim: “This pragya, Okada business has created more jobs in this economy than any government job related policies. It’s created more jobs than NABCO, YEA and all those artificial job creation programs”. VERDICT:  MOSTLY FALSE BACKGROUND The former President John Dramani Mahama on the 23rd of August 2020 in an interview in Nkwanta on Woezor TV with […] 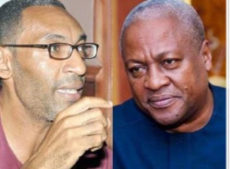 Sekou Nkrumah, one of the sons of Osagyefo Dr Kwame Nkrumah, has lambasted the presidential candidate of the National Democratic Congress (NDC) over his promise to implement free primary health care for Ghanaians to get quality health care. According to Sekou, Ghanaians are not deceived by John Dramani Mahama because as a Vice President and later President of the […] 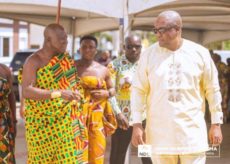 The Asantehene, Otumfuo Osei Tutu II has asked former President Mahama to conduct a deep introspection on why he was voted out as President and tell Ghanaians what new he is bringing on board. Mahama, who is seeking a comeback nearly four years after he was voted out of office, introduced his running mate, Prof. […]

An NDC delegation to the Manhyia Palace, led by former President Mahama was told of how they have abandoned the Palace since the party was voted out of office in 2016. The delegation was at the Palace to introduce Prof. Jane Naana Opoku Agyemang, running mate to John Mahama for the 2020 elections. But the […] 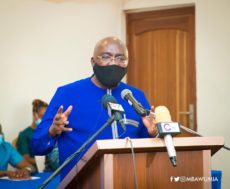 Vice President Dr. Mahamudu Bawumia has asked former President John Dramani Mahama to tell Ghanaian youth what he did for them in the eight years he was in government as Vice President and President respectively. Addressing NPP youth wing in Accra during a meeting on Wednesday, Dr. Bawumia said he sometimes wonders whether former President […] 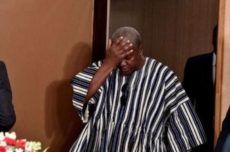 Director of public affairs at the Police Service, Supt. Mrs. Sheila Abayie-Buckman has clarified former president Mahama’s claims of a pastor and his two followers serving a four-year term for flouting the ban on social gatherings. According to her, the statement is false as the pastor was only convicted to pay a fine which was […]

The Management of the Ghana Airports Company Limited (GACL) has rebutted claims by former President John Dramani Mahama that government has put the Kotoka International Airport (KIA) up for sale. The former President who is also the flagbearer of the opposition National Democratic Congress (NDC) made the allegations on a social media platform known as […]

The Vice President, Dr. Mahammudu Bawumia has responded to the Flagbearer of the opposition National Democratic Congress (NDC), John Dramani Mahama’s promise to among other things, settle monies owed customers of liquidated financial institutions, including DKM which collapsed during his (John Mahama’s) presidency. The former President during the official outdooring of his running mate, Jane […]