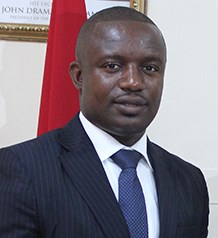 Former deputy Minister for Energy, John Jinapor has justified the large number of delegations that usually travel with members of the executive, particularly the president and the vice president.

According to him, the various people who accompany them on these foreign trips have specific roles to play and enhances the quality of discourses and discussions they engage in, with the international community while on such trips.

This comes on the heels of accusations that the vice president Dr. Mahamudu Bawumia and his wife the second lady Samira Bawumia who are traveling to Geneva Switzerland for separate engagements have as their delegations, 20 people each, an accusation that later turned out to be false.

Mr. Jinapor who is also the opposition National Democratic Congress (NDC) Member of Parliament for Yapei/Kusawgu constituency in the northern region said ‘’there are some of the trips the president embarks on that requires the presence of technocrats, private sector practitioners, and key players in particular sectors’’

According to him, the president or the vice president necessarily must travel with their medical teams or personal physicians and a host of others.

‘’Because when they go on such trips, it is to negotiate and bring development to the country and must have the full complement of the all those required to make certain presentations.

He took a swipe at the ruling New Patriotic Party’s (NPP) Brong Ahafo Regional Vice Chairman, Kwame Baffoe popularly known as Abronye DC for stoking the debate on the high number of delegations that travel with the president and the vice president.

According to him, Mr. Baffoe was recently on a local media outlet chastising the government for depleting the public purse by traveling with large delegations on foreign trips.