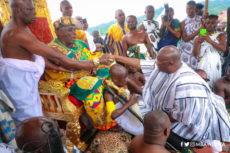 The Vice-President, Dr Mahamudu Bawumia, has called on traditional authorities to partner metropolitan, municipal and district assemblies (MMDAs) to deal decisively with illegal mining (galamsey) which has resulted in the pollution of water bodies. He has also given an assurance that the activities of the Operation Vanguard will be deepened to help combat the menace […]

Vice President, Dr. Mahamudu Bawumia has revealed that government is almost done with a process that would ensure new born babies are issued the Ghana card. According to him, work has already commenced to make the new arrangement effective this year with the Ghana Statistical Service providing the Ghana Health Service, 13 thousand tablets to support […]

The Vice-President, Dr Mahamudu Bawumia, has cut the sod for the construction of 32 Technical and Vocational Education and Training (TVET) centres across the country. The skills acquisition project is aimed at increasing the employment rate of the youth in the country. The event took place at Abrankese in the Bosomtwe District in the Ashanti […] 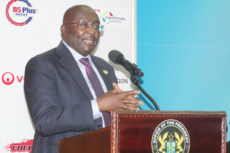 The Vice-President, Dr Mahamudu Bawumia, has charged central banks in Africa to actively build up their gold reserves by purchasing traceable and sustainably produced local gold at world market prices. “We have not had that philosophy and thinking over the years to build our gold reserves, as we just produce and share,” he said. Therefore, […]

President Nana Addo Dankwa Akufo-Addo has called on wealthy economies to re-channel a portion of their Special Drawing Rights (SDRs) sitting with the International Monetary Fund (IMF) to Africa to help fight hunger and food insecurity. It would also augment health provision in the face of the challenges caused by the COVID-19 pandemic and the […] 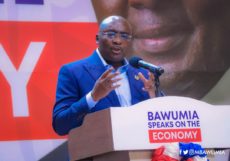 Vice President, Dr Mahamudu Bawumia, has made fun of the General Secretary of the opposition National Democracy Congress (NDC), Johnson Asiedu Nketia. According to the Vice President, the NDC’s chief scribe must return to the University of Ghana Business School, for remedials. Dr Bawumia made this comment, while delivering an address at the launch of […] 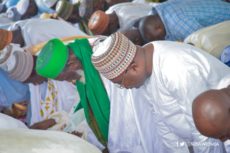 Vice President, Dr. Mahmudu Bawumia says government will not renege on its efforts to resuscitate the economy of the country.  According to Dr. Bawumia, the government understands the suffering of Ghanaians, thus, it has adopted several measures in different sectors of the economy, particularly, in education, infrastructure, and agriculture, to alleviate the hardship citizens are […] 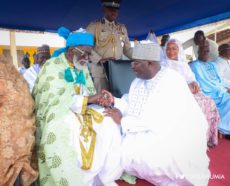 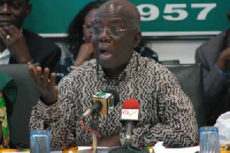 Former Chief of Staff in President John Agyekum Kufuor’s era, Kwadwo Mpiani has questioned Nana Akomea’s proposal to join Dr Mahamudu Bawumia and Alan Kwadwo Kyerematen to lead the New Patriotic Party (NPP) to Election 2024. “The problem as I [Mpiani] see it here is that, who is going to be the presidential candidate and […]

A leading communications member of the governing New Patriotic Party (NPP), Nana Akomea says a Bawumia-Alan ticket is the sure way for the NPP to go into Election 2024. He said it was clear that Vice President Dr Mahamudu Bawumia and the Trade and Industry Minister, Alan Kwadwo Kyerematen are the two frontrunners to succeed […]

The Vice President, Dr Mahamudu Bawumia, has reaffirmed the Akufo-Addo Government’s commitment to its vision of transforming Ghana despite the global economic challenges which have wrought dire straits on the country’s fortunes. Speaking at the Pentecost Convention Centre, Millennium City, Kasoa, on Thursday, (April 7, 2022), Dr Bawumia said the Akufo-Addo government has been focused […]

The Ghana Revenue Authority (GRA) will soon launch a tax filing mobile application to enable the public to file tax returns and also receive tax clearance certificates. The Vice-President, Dr Mahamudu Bawumia has explained that the App will help to deal with fake take clearance certificates in the system. The Vice President who was speaking at […]

Officials of the International Monetary Fund (IMF) will commence negotiations with the government today on a possible programme to support Ghana’s homegrown economic policies. The IMF team – led by the Mission Chief for Ghana, Carlo Sdralevich – will have in-person meetings with the Finance Ministry, the Economic Management and the Presidency from July 6 […]