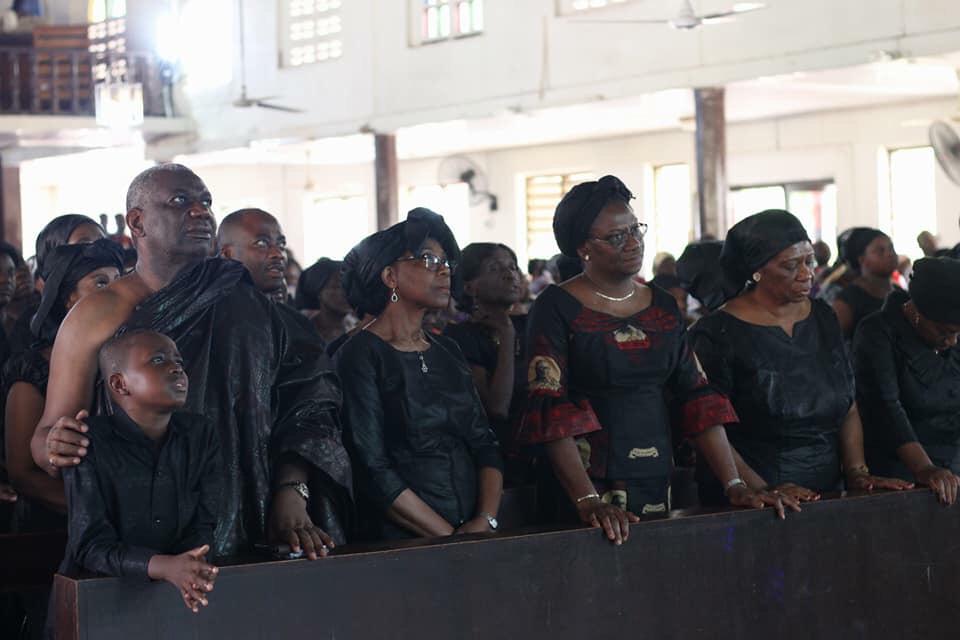 The immediate past Minister for Energy and elder brother of the late Member of Parliament for the Ayawaso West Wuogon Constituency, Emmanuel Kyeremanteng Agyarko, Boakye Agyarko has lampooned and berated former president John Dramani Mahama for drawing the Agyarko family into his recent encounter with the Diplomatic Community.

The former Minister and indeed the Agyarko family are angry with the former president for misrepresenting a video footage of fully dressed and armed security operatives displaying at the funeral one L/Cpl. Daniel Adu Tieku in August 2018 as an event that occurred during the funeral of the late MP.

But in a strongly worded rebuttal of the picture painted by the former president who is also seeking to be elected the presidential candidate of the opposition National Democratic Congress (NDC), Mr. Agyarko stated emphatically that such an occurrence or activity never took place during the funeral of the late MP.

‘’The family will like to put on record to the international community whom he addressed with the video, that there was no such activity at the funeral ceremony. The funeral of our late brother was organized successfully without any casualties and we find this distortion very surprising’’ the statement read in part.

The former Minister opined that the family is appalled with the actions of the former president which seeks to denigrate the memory of a noble man who has been put to rest peacefully, adding that ‘’the family wishes to state that we are still mourning our late brother and request that John Mahama keeps the family away from his political ploy’’.

The statement added that ‘’ If indeed, John Mahama wants to be regarded as a decent fellow, then the family expects him to render a retraction of this palpable falsehood and render an unqualified apology for his unfortunate and despicable  action’’.

Mr. Mahama last week met members of the Diplomatic Corps in Ghana and showed them videos of what he said were violence that occurred during the 31st January 2019 by-election in the Ayawaso West Wuogon Constituency, painting a generally insecure picture of the country and heaping the blame of political vigilantism squarely on the ruling New Patriotic Party.

His action has received widespread condemnation from various quarters some of who accuse of him of being selective in the footages he showed and questioning why he did not show footages of violence that occurred during the Talensi, Chereponi and Atiwa by-elections among others.