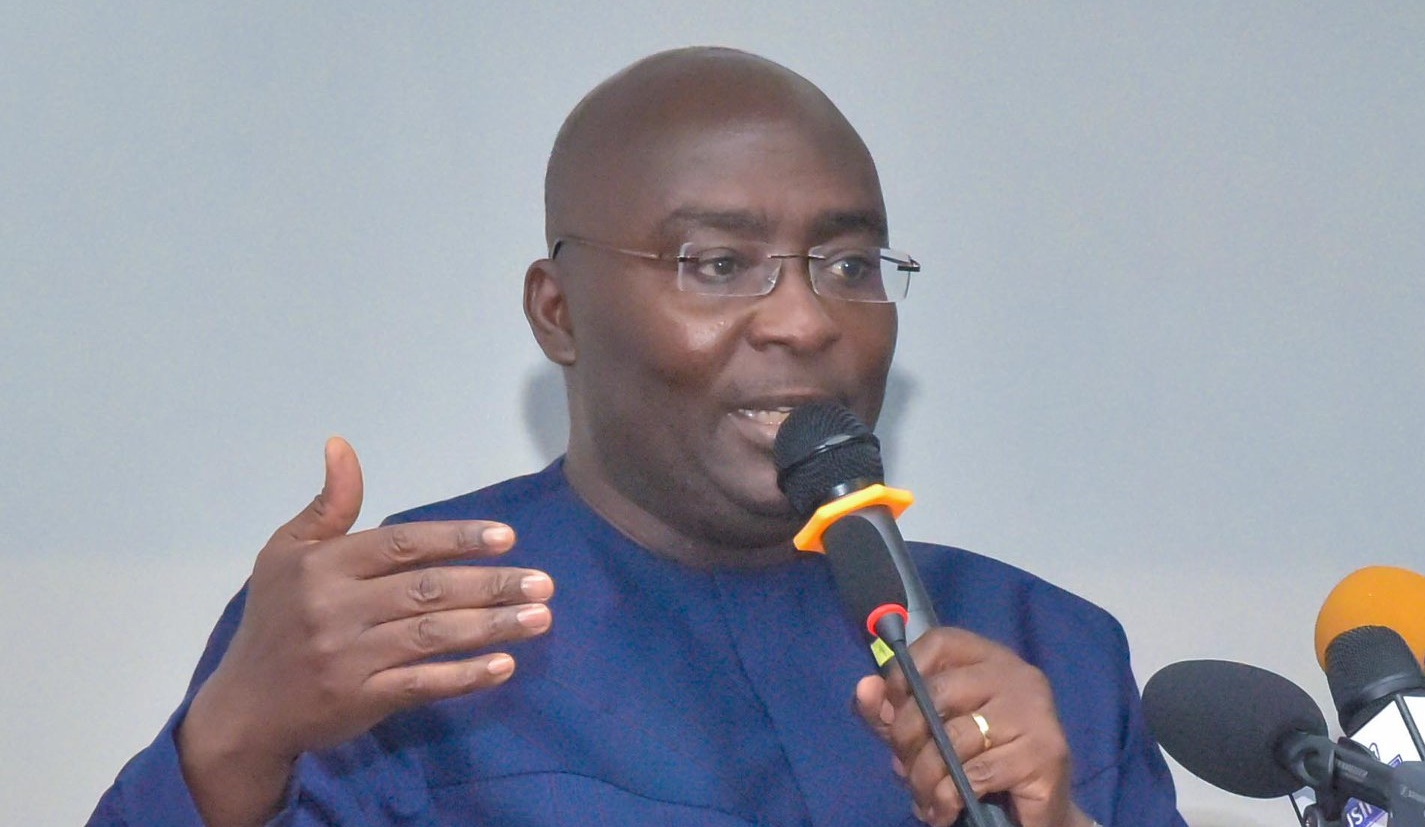 A pressure group called Action Patriots for Justice (APJ) has issued a statement urging Ghanaians on to continue supporting the ruling NPP government to develop the country despite the huge catastrophic deterioration of the economy left by the previous NDC government led by John Mahama.

In a press statement, Action Patriots for Justice (APJ) opined that, the New Patriotic Party (NPP) is the only party that has initiated concrete social interventions to reduce the hardships of citizens in the fourth republic, citing the interventions former president Kufuor and the current president Nana Akufo Addo and his vice Dr. Mahamudu Bawumia have introduced.

The group also believes that Vice President Dr.Mahamudu Bawumia is the Achilles heel of the NDC and John Mahama even in opposition and continues to be.

See below, the full text of the statement from the group .

In opposition, Dr Mahamudu Bawumia was a thorn in the flesh of the NDC with his sound economic criticism and factually accurate information on the economy whilst in opposition.

And now in government as the vice president, Dr Bawumia continues to be a nightmare and albatross on the neck of the NDC. His ingenuity and economical prowess,  have the penchant of always exposing the lies, deceit and the propaganda machinery of the NDC.

Show Ghanaians, a single social intervention program the NDC put in place to reduce the hardships on Ghanaians in your entire 8 years in government and the NDC has shamefully run into hidden and are wobbling in clutches to respond because there is none to point.

A simple “challenge” on performance assessment of the NDC, has become problematic, and instead of debating Bawumia intellectually on the issues he has been raising, the NDC have, as usual, resulted to insults and vilification on the person of the vice president.

Isn’t it weird? And this same failed and incompetent NDC, is all over the place wasting our ears and claiming to be the alternative for the NPP.

Facts are sacrosanct no matter how hard one tries to twist it, and the evidence is there to show, that, Dr Mahamudu Bawumia has been consistent till date.

The NPP came into power in the year 2000/20001. The situation then was so bad to the extent that, the fmr president, his Excellency John Agyekum Kufuor had no choice, than to succumb to external pressure and the powers that be, to declare Ghana HIPC to attract foreign aid under the circumstance.

Prudent economic measures and policies put in place by president Kufuor, with Dr Mahamudu Bawumia as the then deputy governor of bank of Ghana, yielded results and reflected positively in the lives of Ghanaians.

The cedi became strong, the banking sector was booming, social interventions such as: Health insurance, school feeding, free maternal care and many others have smoothly been implemented to help the ordinary Ghanaian.

The NDC won the heart of Ghanaians in 2009 through their usual lies and deceit and came to power.

Ghanaians thought the NDC could do more because they were expecting more and so, believed the lies of the NDC.

The Mills–Mahama administration according to records, have been the worse, and the most underperformed government ever witnessed.

The good foundation, former president Kufuor and the NPP laid for this country, was weakened and eventually destroyed, after the demised of president Fiifi Atta Mills, when the INCOMPETENT one, John Mahama, was sworn in, as the president of this country. May his soul rest in a perfect peace.

NPP took over power in 2017, 7th January, under the abled leadership of Akufo Addo–Bawumia and in less than two years, Ghanaians have seen the difference in terms of governance in the areas of Education, Jobs and development.

The implementation of the Free SHS, Nabco, restoration of Teacher and Nursing training allowances, Youth in Afforestation, planting for food and jobs, Reduction of Electricity tariffs and many others, are signs of good things to come.

Admittedly, times are hard but frantic effort is being taking by the Nana Addo–Bawumia government to bring the situation under control and very soon Ghanaians will see and feel the change we voted for.

Action Patriots for Justice (APJ) is by this release, calling on all Ghanaians to exercise patience and rally behind the president and his vice, and with God on their side, Nana Addo–Bawumia government, shall surely deliver.

The economy and the future of this country is indeed in a safe hands and brighter under NPP.

This is the fear of the NDC, and so they have decided to turn the intellectual battle into personal vilification and attacks on the person of Dr. Bawumia, to as it were, soil his image in other to have the justification to hang him politically.

(APJ) is offering the NDC and the INCOMPETENT one, a free advice, to concentrate on solving their internal squabbles, and get a competent leader, so that, the NDC can be attractive in opposition as a party.

The clear conscience of Dr. Bawumia will always vindicate him.

He is a blessing and a great asset to this country.

We urge Dr. Bawumia to always and constantly put the NDC in check and also put them at their proper level

APJ will defend his Excellency, Nana Akufo Addo and Dr. Mahamudu Bawumia till their vision for this country comes to pass.

Finally, APJ wish to assure every Ghanaian, that, the sanctity of the office of the vice, president, his person and the hard won and  unblemished reputation of Dr. Mahamudu  Bawumia will be protected at all times and anytime it comes under attack.