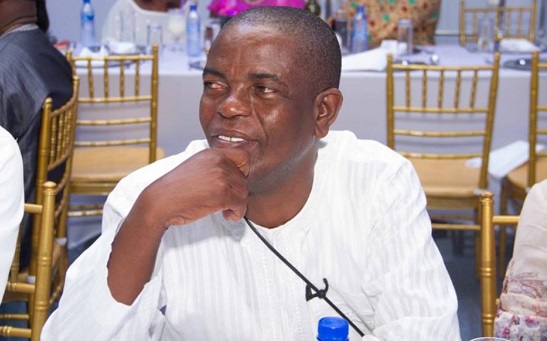 The Managing Editor of the Insight newspaper, Kwesi Pratt Jnr is noted for being part of many street protests in Ghana and touted as an experienced street protester even to the extent of solely staging a one man street protest during the era of former President J.A. Kufuor.

He has a strong conviction for street protests and it’s powerful signal and message, as part of a democracy, and has on numerous occasions advocated that the police cannot stop any one from going on a street protest and that, all that a person or a group require is to notify the police in line with the law.

The police cannot solely stop a protest unless they apply to the High Court, and even with that, they cannot apply without notice to the person or group planning to go on the street protest as has been done by the police on many occasions, Mr Pratt has argued numerously.

#FixTheCountry needs to slow down

Today, Mr Pratt is however condemning the #FixTheCountry Movement for planning to stage a street protest on June 4 and sending a written notice to the police indicating that they were going to arm themselves and also engage a private security company to protect demonstrators with arms.

This, Mr Pratt argues is wrong and demonstrates a lack of understanding of the law and the essence of street protests in a democracy.

Contributing to a radio panel discussion monitored by Graphic Online on Peace FM’s Kokrokoo morning show on Friday [June 3, 3033], Mr Pratt said the three-day planned protest, itself, was not wrong and that if the group feel they need three days to drum home their grievances, there was nothing wrong.

Again, choosing the Jubilee House [presidency] and GBC is also not wrong, it is a choice by the group and that during President John Mahama’s era, OccupyGhana, a pressure group also decided and staged a similar protest at the presidency.

But, going on a street protest with arms, “massa, ada-bra-ka’… Are they really serious they are touting democracy with this attitude of theirs”, he questioned and said he cannot “understand” and described it as disgraceful.

“What kind of childish behaviour is this? When you write such letters, you undermine the right to demonstration…, you are not enhancing our freedoms, you are diminishing our freedoms… what has happened in Ghana for you to think of going on the streets with guns,” Mr Pratt said.

Going to use guns/arms for a June 4 three continuous days protests, as the group had indicated was to ensure that their members were protected because they don’t trust the police and that they will also ensure that all the guns were licensed.

“Why? Will the licensed gun not be able to kill people? Mr Pratt asked.

“It is not allowed,” they made a mistake with this one and does not deserve support,” I think the group has to slow down and learn, he added.

Mr Pratt said the whole incident was an indication that the #FixTheCountry Movement people were “inexperienced”.

How can you stage a protest on June 4 and decide to arm yourselves, why is it a…, he said, making reference to the June 4, 1979 Uprising, something he said many Ghanaians don’t want to recall.

He said it was not accepted to state even in writing that they were going on a street protest with guns.

The first street protest by the #FixTheCountry movement itself where they decided to simultaneously meet at different places in Madina, Weija, Labadi and other places in Accra and march to a common ground was indicative they needed to slow down and learn, Mr Pratt said.

He said a demonstration is meant to gather all the protesters at one point for the numbers to sour and send signals out there about the number of people in support of the protest and also to ensure that the organisers are able to control protesters.

Why will you want to disperse the demonstrators all over, where there could be a high possibility of attack and injury to demonstrators without the leaders being able to control all of them. Again, you stretch the police so much to the extent they will not be able to protect the demonstrators, Mr Pratt said.

Flashing back to the 1990s where he [Pratt] together with current President Nana Addo Dankwa Akufo-Addo, Dr Charles Wereko Brobbey, Akoto Ampaw and many others staged the “Kume Preko” street protests, Mr Pratt said Akufo-Addo as the spokesperson of the group never drafted any of their statements.

He [Akufo-Addo] himself never wrote any of their statements even though he was the spokesperson and read them.

He said it was rather Akoto Ampaw, who was mandated by the group to draft their statements.

“All the statements he [Akufo-Addo] read, he never wrote one, and he read them after we [group] had vigorously gone through it and agreed.”

But turning his attention on the #FixTheCountry movement, Mr Pratt said it is emerging that they write statements and letters without consensus and some members come out publicly to deny knowledge.

Are they really serious they are touting “democracy” with this attitude of theirs, he questioned and said he cannot “understand” and described it as very disgraceful.

“The fact that the gun is licensed does not mean you can go around displaying it everywhere.”

Apology from group is also worse and weakened their case

Touching on the apology from the group issued on Thursday, Mr Pratt said the apology in itself also did not help matters and that it also exposed that the group really did not understand what they were doing as it weakened their case.

Read a copy of the apology letter below 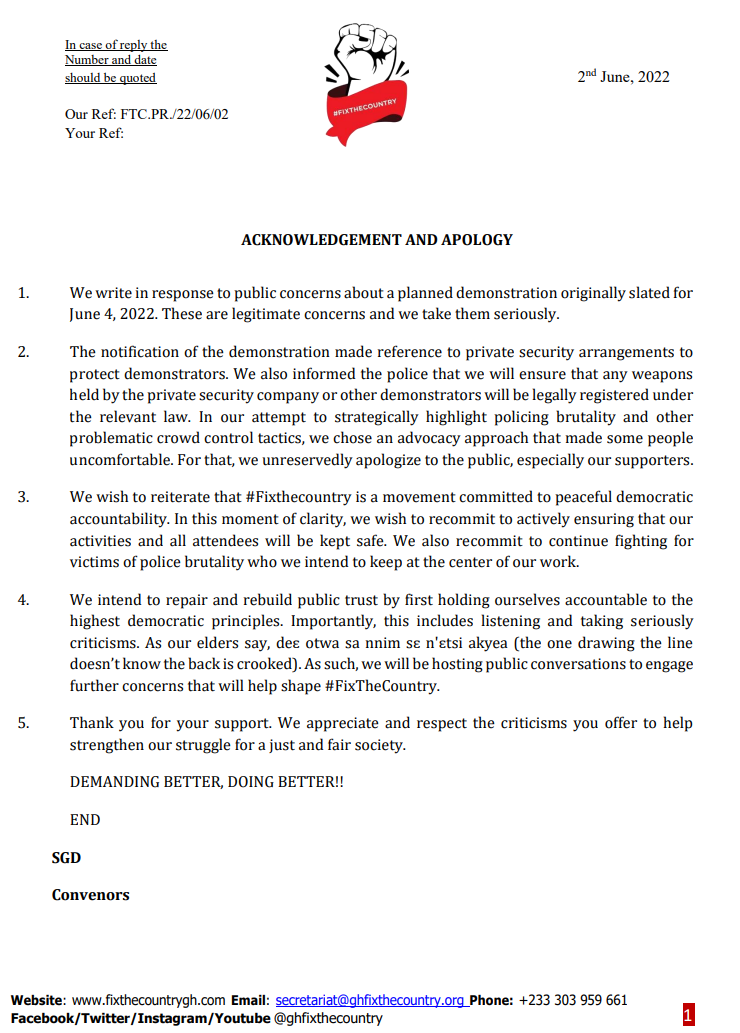