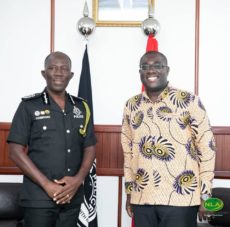 The Director-General of the National Lottery Authority, Mr. Sammi Awuku today Tuesday November 9, 2021 led a delegation from the Authority to pay a courtesy call on the Inspector-General of Police. The visit afforded the two distinguished leaders to discuss areas of mutual benefit and interest and to identify areas of collaboration that would result […] 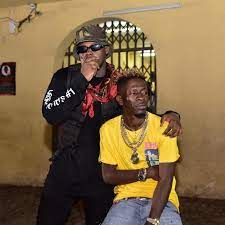 Reggae/Dancehall musician, Shatta Wale and industry mate, Medikal are scheduled to reappear in court later today. The duo were granted a ¢100,000 bail each on October 26, 2021, on separate charges. The self-acclaimed dancehall king, born Charles Nii Armah Mensah on October 19, turned himself in after the police had declared him wanted. He had […]

The Kaneshie District Court has adjourned to November 16 the case involving the National Democratic Congress (NDC) Member of Parliament for Madina, Mr Francis-Xavier Sosu. This was after the police had received a letter from the Speaker of Parliament indicating that Mr Sosu is out of the country on Parliamentary duties. The MP, has been […] 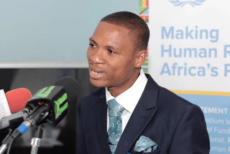 The Ghana Police Service says it has served criminal summons on the Member of Parliament for Madina constituency in Accra, Francis-Xavier Sosu. The police say Francis Sosu will be arraigned before court on November 8, to face the charges of unlawfully blocking a public road as well as the destruction of public property after he joined […]

Private Legal Practitioner, Kweku Paintsil, has advised Ghanaians against resisting arrest by the police whether they have done anything wrong or not. According to him, once the police informs a person about a reason for which they are effecting an arrest, no one has the right to resist. Speaking on The Law, on Sunday, he stated […]

The Kaneshie Magistrate court has granted the Police permit to subject Benson Nana Yaw Oduro Boateng, popularly known as Funny face to psychiatric examination and drug use test. This followed a request by the police for an order from the court. Funny Face was arrested last Monday [October 18, 2021], for allegedly threatening certain individuals via […] 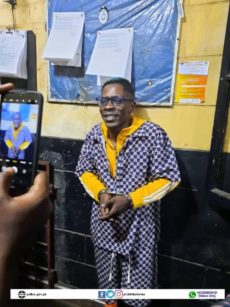 Dancehall artiste Charles Nii Armah Mensah popularly known as Shatta Wale has been arrested by the police for creating public fear and panic by feigning a shooting incident. He has been detained together with two other accomplices at the Ministries Police station for publishing false information. This was after he reported himself to the police on […] 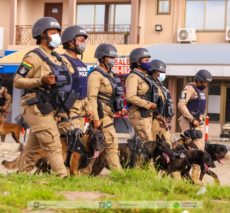 As part of the Proactive Preventive Policing Strategy, the K-9 Unit of the Ghana Police Service, with renewed energy, has commenced its outdoor operations, with the use of dogs for operational duties in some parts of Accra. Dubbed “Who let the dogs out? Wooof! Wooof! Wooof! Wooof!”, this component of policing is aimed at increasing the […]

The Ghana Police Service has introduced shuttle services for its personnel. The intervention is meant to facilitate the movement of personnel to and from their places of residence to various duty points. The programme which has been implemented in fifteen (15) out of the eighteen (18) Police Operational Regions is intended to ease the burden […] 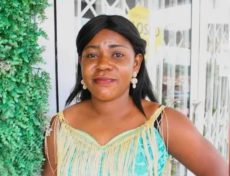 Ms Josephine Panyin Mensah, the 28-year-old married woman at the centre of the “fake pregnancy and kidnap’ controversy in Takoradi, has finally left the custody of the Takoradi Central Police Divisional Command after meeting her bail bond. Josephine was granted bail a week ago, on September 27, following her appearance in court, charged with deceiving […] 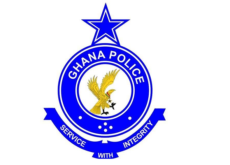 The police have arrested a 21-year-old man suspected to be the leader of a police recruitment scam. The suspect, Frank Fenuku Junior, was arrested at Zongo Junction, an area at Adentan in Accra, on September 27, 2021. Earlier on September 14,  2021, three persons said to be his accomplices were arrested over a fraudulent Facebook […]

The Ghana Police Service has served notice it will arrest and bring to book, a group of irate youth who embarked on an unlawful demonstration and vandalised the Police Divisional Headquarters building and VRA office in Tamale on Saturday. The youth were protesting against the assault of some residents by policemen during a recent anti-power […]

The Ghana Free Zones Authority (GFZA) and the Ministry of Trade and Industry are in the process of developing three separate industrial cities in the country to boost the government’s industrialisation agenda. Known as the Special Economic Zones Project, the industrial cities are being developed in the Ashanti, Western and Eastern regions to serve as […]