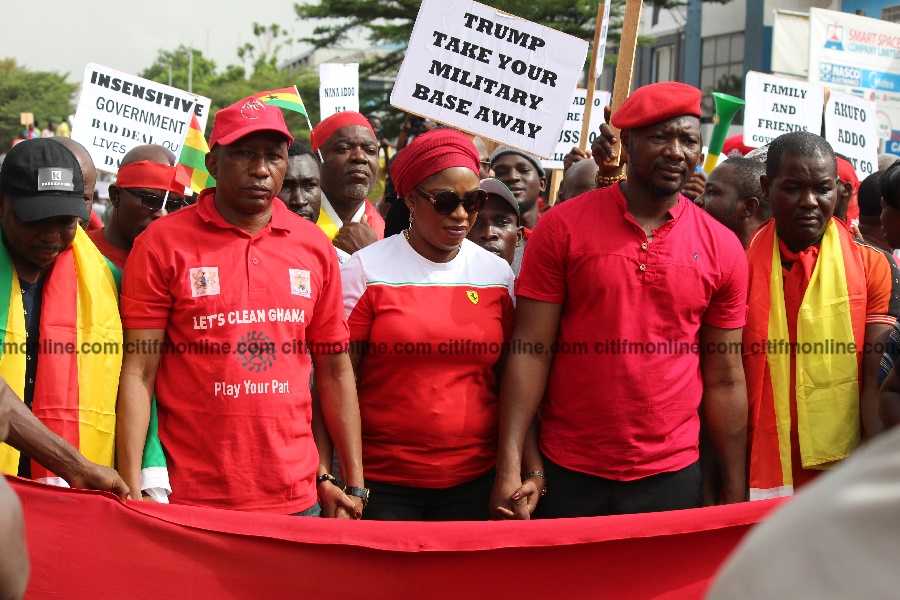 The Leadership of the Inter-Party Coalition for National Sovereignty who are the architects of the Aagbe Wo demonstration slated for tomorrow, Thursday, February 7, 2019 has called the bluff of the police administration, saying the police cannot order them  about.

The police in a letter dated Tuesday February 5, 2019 and signed by Deputy Commissioner of Police, Patrick Adusei Sarpong, the Greater Accra Regional Police Commander, responding to the request by the group to use particular routes during what they says is a peaceful and non-violent demonstration said they could not permit the use of those routes for security reasons.

‘’For security reasons, you are therefore advised to adopt the traditional routes for demonstrations, that is the Obra Spot, Circle, Kwame Nkrumah Avenue, Farrisco Traffic light, TUC, EOCO, Atta Mills high street, and end at Hearts of Oak Park as discussed with you, and re-notify the command for the needed assistance’’ the police letter said.

But the group in a statement signed by its convener, Bernard Mornah said they are not aware of any traditional routes and that their proposed routes have been used by several other groups in the recent past.

‘’As regards your position on the route, it is imperative to express our disquiet about the attempt by the police to encroach our fundamental right to a peaceful procession without let or hindrance. We are unable to understand and accept the use of the term “traditional routes” as regards the route proposed by the Police. We are unaware of any ‘traditional route’ in exercising one’s right to civic protest and for that matter any attempt by the Police to micro-manage our right to demonstration is unconstitutional and flies in the face of the Public Order Act 1994 (Act 491)’’ they said.

The group added that ‘’ We want to state emphatically that we do not operate under the direction of the Regional Commander or any Police Officer for that matter and will advice that the Commander desist from the use of such words’’.

See their statement below.