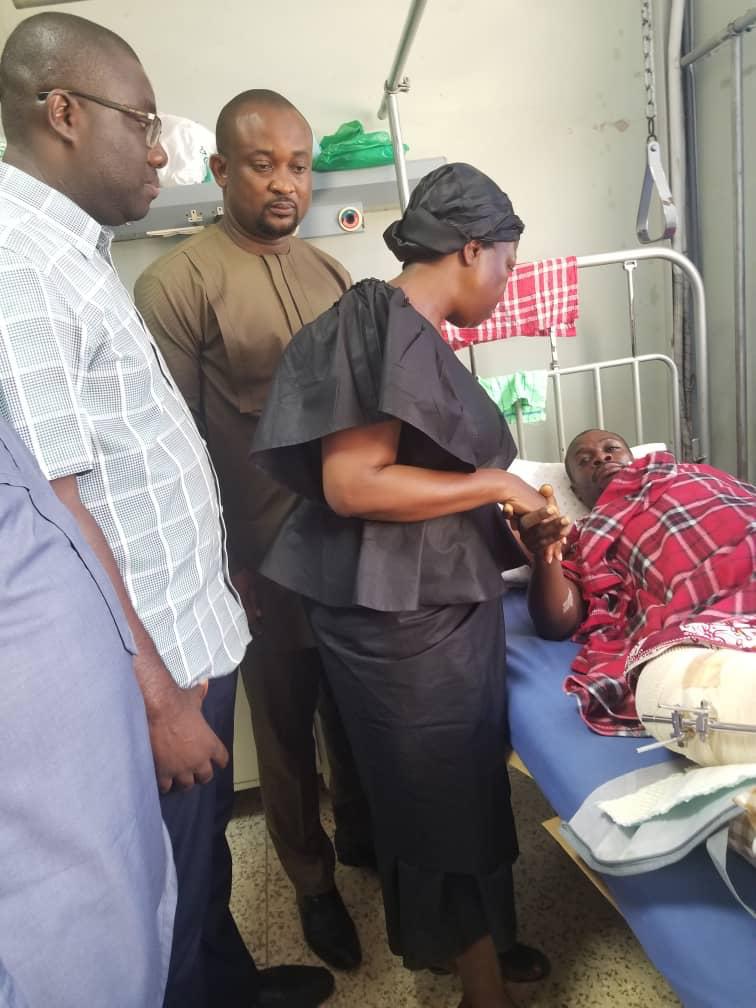 The newly sworn-in Member of Parliament for the Ayawaso West Wuogon Constituency, Lydia Seyram Alhassan has visited victims of the violence that broke out at the La Bawaleshie Park in the constituency during the recently held by-election.

Mama Lydia as the MP is popularly known was at the hospital to console the victims and pledge her support to them.

Accompanied by the National organizer of the ruling New Patriotic Party, Sammi Awuku and the Deputy Minister for Information, Pius Enam Hadzide, Mama Lydia also paid the hospital bills of the victims and undertook to cater for any further expenses that may be incurred in the course of the treatment.

The visit comes a day after the Minority in Parliament staged a walk-out during her swearing-in and wielding placards some of which read ‘’Bloody Widow’’.

Most Ghanaians have condemned the action of the Minority describing it as an insult to widows and women in politics.

Mr. Sammi Awuku, the NPP National Organiser described the action by the Minority as gross misconduct and terrible.

The public has called on the Minority to apologise to the MP for meting out such disrespect and barbaric act against a woman who is still mourning her late husband.