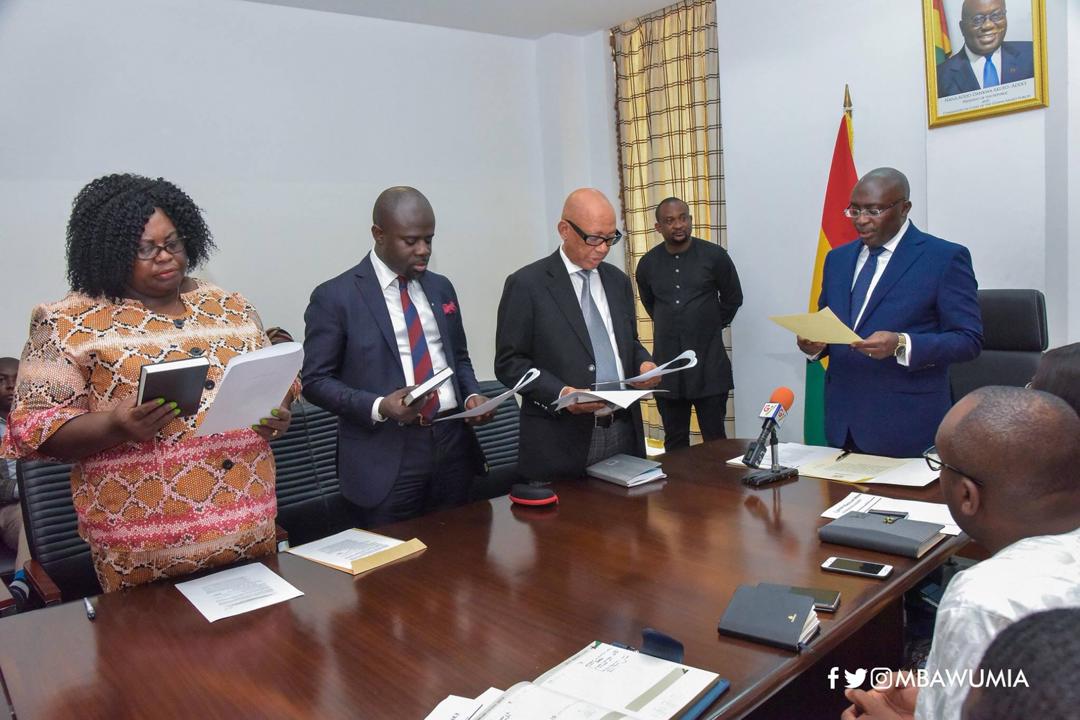 The Chairperson of the Ayawaso West Wuogon Constituency Commission of inquiry, Justice Emile Short who is also a retired commissioner of the Commission for Human Rights and Administrative Justice (CHRAJ) has assured government of the resolve and determination of himself and the other Members of the commission to do an independent and impartial job.

Speaking on behalf of his colleague commission Members after they were officially inaugurated by the vice president, Dr. Mahamudu Bawumia yesterday, Friday February 8, 2019, Justice Emile Short said ‘’we consider this to be an extremely important assignment. I will also like to express my appreciation for the words of confidence that you have expressed in us, particularly, your statement that we have been selected because we are considered to be men and women of integrity’’.

Mr. Emile Short assured that the will carry out the task in a transparent, objective and fair manner that will make the findings and report acceptable to all.

The Commission is chaired by former commissioner of the Commission for Human Rights and Administrative Justice (CHRAJ), Justice Emile Short to look into the disturbances that took place during the Ayawaso West Wuogon Constituency by-election. Other Members of the commission are former Inspector General of Police, Patrick Kwarteng Acheampong, law Professor Henrietta Mensah Bonsu and former dean of the Faculty of law at GIMPA, Dr. Ernest Kofi Abotsi, who is the Executive Secretary to the Commission.