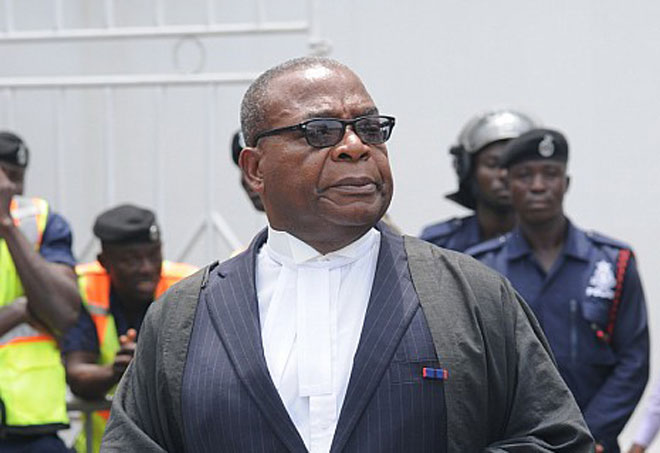 Nana Ato Dadzie, a former Chief of Staff in the opposition National Democratic Congress (NDC) era has described as needless, the commission of inquiry that has been set up by government to look into the violence that took place in the Ayawaso West Wuogon Constituency on the 31st of January 2019, during the by-election.

According to him, the police could easily deal the issue within 72 hours as there is so much evidence to arrest and prosecute the perpetrators.

‘’There is a way out, the commission is not the only vehicle. What are we looking for? I think we are looking for the one who deployed the units, the troops. Bryan Acheampong, the Minister said he did and so if you ask him the question, can he identify the people, he can answer that because he deployed them. What were the instructions or the mission he gave them, we know that one. What weapons were issued, we don’t know, which vehicles were issued, we don’t know. So all these things can be investigated and established within 72 hours by the Police Intelligence and Professional Standards Bureau’’ he said.

According to Nana Ato Dadzie, it is disheartening that police officers who were deployed to go and maintain law and order and protect ordinary citizens looked on helplessly when such brutality was being unleashed on those they were supposed to protect.

He also added his voice to calls for the IGP, the Minister for the Interior and the Minister of State for National Security to resign or be kicked out.

The Commission is chaired by former commissioner of the Commission for Human Rights and Administrative Justice (CHRAJ), Justice Emile Short to look into the disturbances that took place during the Ayawaso West Wuogon Constituency by-election. Other Members of the commission are former Inspector General of Police, Patrick Kwarteng Acheampong, law Professor Henrietta Mensah Bonsu and former dean of the Faculty of law at GIMPA, Dr. Ernest Kofi Abotsi.