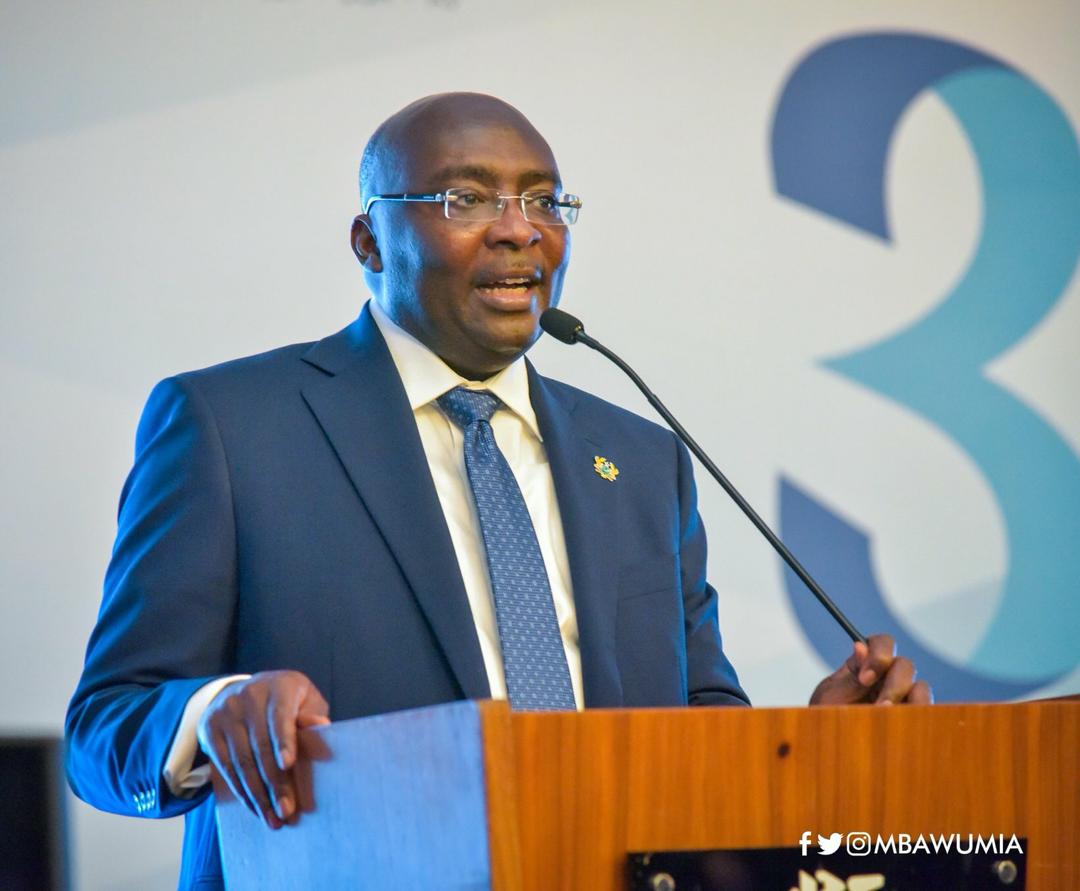 Vice-President Dr Mahamudu Bawumia has urged a delegation from the German business community to explore the many business opportunities available in Ghana.

Dr Bawumia indicated that Ghana is open to investments in a wide range of areas, and government is determined to foster the necessary environment for such businesses to thrive.

He persuaded them to set up businesses in the strategically positioned West African country, especially as the Nana Akufo-Addo government works towards achieving a Ghana beyond aid.

Speaking at the opening of the third German African Business Summit (GABS) in Accra yesterday, Dr Mahamudu Bawumia said the Akufo-Addo government is largely succeeding in restoring macroeconomic stability, which was its first agenda.

It was to provide a platform for Small and Medium Scale Enterprises in Africa and Germany to explore business opportunities.

The GABS is Germany’s signature business event in Africa, where top business and government leaders from Germany and sub-Saharan Africa meet every two years to discuss and promote economic relations between Europe’s largest economy and the fastest-growing region in the world.

The opening created the platform for the delegation from the German Industry and Commence to deliberate with government officials and private business operators on ways to promote economic relations between Europe’s largest economy and Africa’s shining light with emphasis on SMEs. 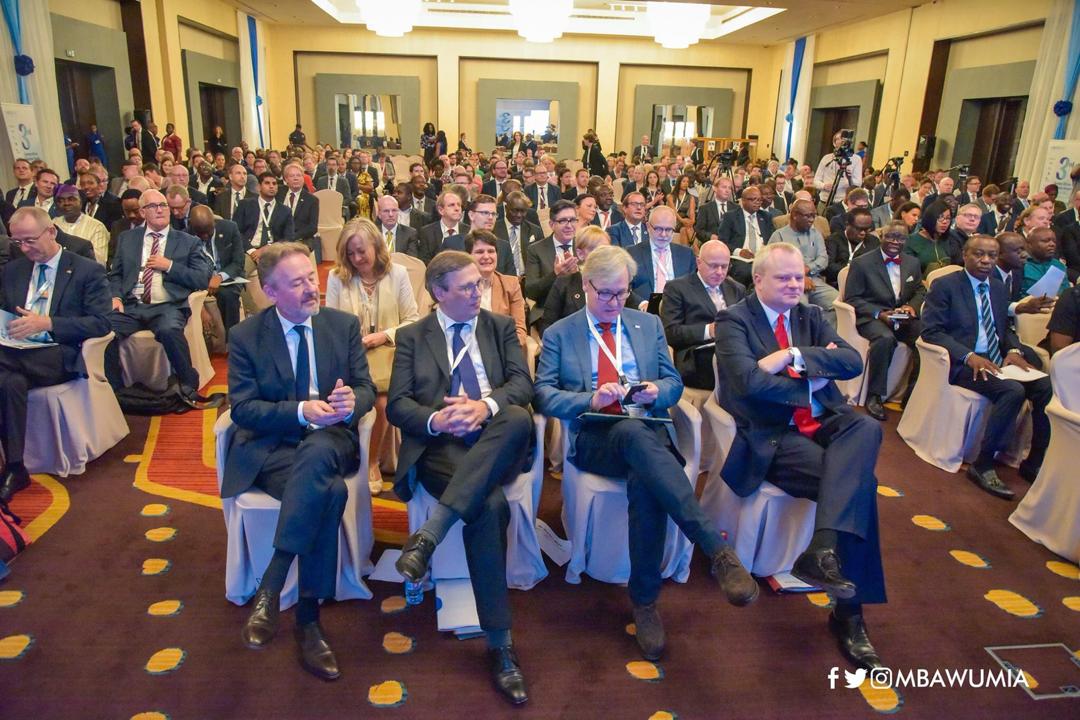 Two years into the administration of President Akufo-Addo, he said, Ghana is on the rise again, with prospects for growth and development bright.

According to Dr Mahamudu Bawumia, ongoing structural and policy initiatives, including a commitment to transforming the economy and paying greater attention to human resource development, will set the stage for a brighter future for Ghana.

“We are more than convinced that the future can only be bright, and we keep higher hopes. We can only thank God Almighty for how far he has brought us as a nation. ”

Again, he mentioned a decline in the debt to Gross Domestic Product (GDP) ratio following the rebasing of the economy as evidence of government’s firm grip on the economic management wheel.

Dr Bawumia stated, among others, that such macroeconomic improvements led to the upgrading of Ghana’s credit rating for the first time in 10 years from B minus to B with positive outlook by Standard and Poors, a global ratings agency.

Addressing the over 500 German and sub-Saharan African high-ranking business captains, executives and government representatives, he noted that plans are in motion to formalize the economy through digitization.

The Vice-President, who is the lead in the government’s digitisation agenda, touted successes in land administration, national identification and an integration of the nation’s database.

The German Federal Minister for Economic Co-operation and Development, Dr Gerd Muller, stated that the summit was the biggest in Africa, noting that Germany sought partnership from Africa and takes the summit seriously, supported by 16 ambassadors from African states and Germany who are in because of the summit.

Topics to be treated include the potential of the manufacturing sector, new investment fields for German companies, African entrepreneurship and how African companies can also establish bases or partner German companies in supplying products and tapping into Germany’s strong skills sect. 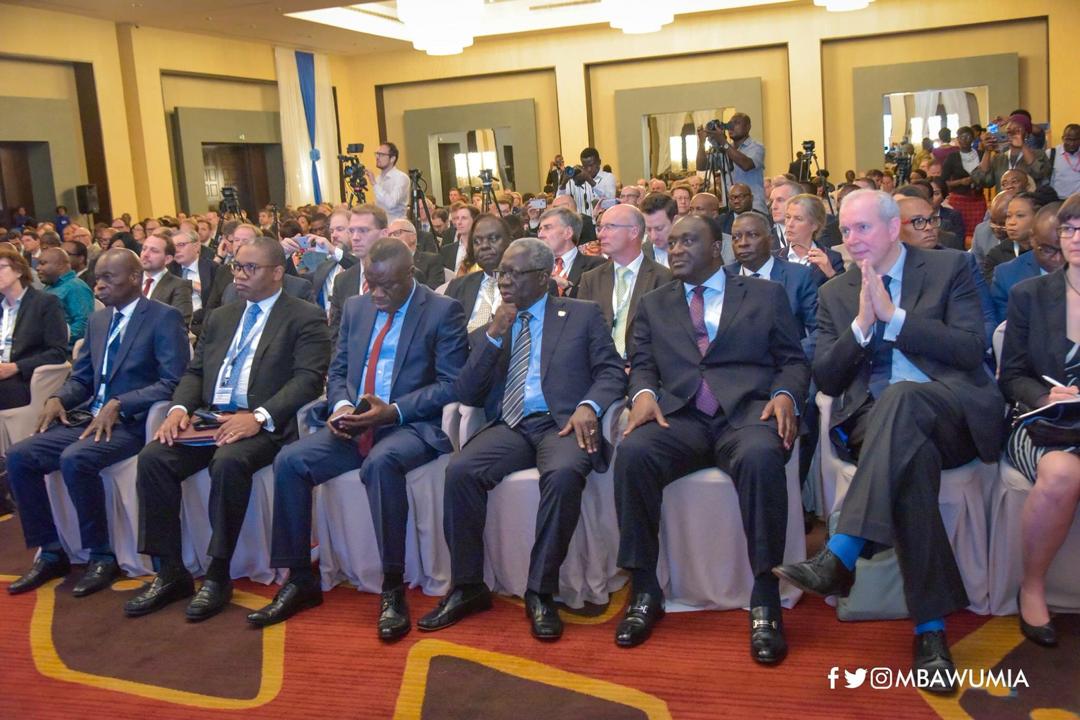 He said the German-Africa Business Summit is a chance for both countries to showcase their potential.

“It is the reason why partnership, rather than charity, is emphasised. We take Ghana very serious, and as you know, the German president and chancellor have been here in the last 14 months and now VW is ready to set up an assembly plant here in Ghana boosting the economy,” he added.

With bilateral relations already strong, Gerd Muller believes it is time to increase business with private local companies and for such companies to get connected to investors, who are also looking to invest funds in foreign markets.

He noted that the summit was a huge chance for German businesses to invest in Africa.

He disclosed that German investments sought to create jobs in African countries and transfer technology to the continent.

Currently, he said, Germany exports goods at a volume of $14 billion to Africa and imports goods valued at $12 billion annually.

In a panel discussion on the issue of how to transform the 21st century in Africa’s century, Minister for Business Development, Dr Mohammed Ibrahim Awal said African leaders must create the environment and culture that would boost the interest of young people in entrepreneurship.

According to him, the concept of entrepreneurship has to do with the mindset and it would do a lot of economic good if African leaders encourage their teeming youth to own their businesses through their support, rather than solely depending on them for jobs.