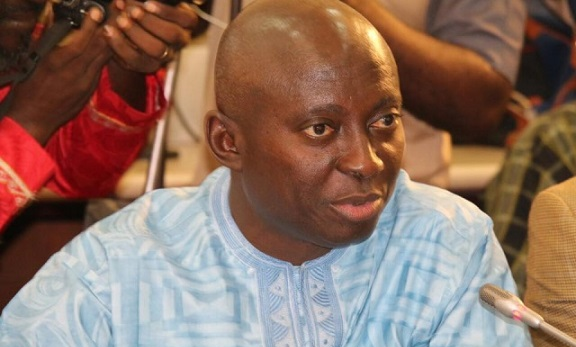 This follows a partnership agreement between the governments of Ghana and Hungary through Solin, a private company from Hungary with expertise in providing polystyrene concrete technology housing systems, to commence the construction of affordable houses for Ghanaians across the country.

The project, which will seek to bridge the housing gap among Ghanaians, will provide a fast and cost-effective affordable houses based on a polystyrene concrete technology to ultimately construct 10,000 housing units for Ghanaians.

Speaking at the official sod-cutting ceremony for the rapid housing technology in Accra yesterday, the Minister for Works and Housing, Samuel Atta Akyea, gave the assurance that there would be ‘no governmental bureaucracy’ in the way of the project.

He said this affordable housing project could not have come at a time when the country was faced with a housing deficit of 1.7 million units.

“We cannot have a sane society if people do not have decent homes of abode,” he said.

The above challenge has been the headache of the Akufo-Addo administration, averred Mr Atta Akyea, who doubles as the Member of Parliament for Abuakwa South Constituency.

Against this backdrop, the Works and Housing Minister described the intervention of Hungary in addressing Ghana’s housing deficit as a ‘miracle’ of a sort.

In the wake of the intervention, he disclosed that the government will create a mortgage regime that will make it affordable for Ghanaians to own houses.

He, therefore, encouraged Ghanaians to lend their support to the success of the project, cautioning against any propagandist tendencies.

“We should embrace this modern technology with so many prospects for Ghana as it will help wipe our housing deficit,” he said.

According to Mr Atta Akyea, the project encompasses a factory component in the background.

The intervention of Solin will pave way for many factories to be built across the country, which will feed the construction companies with the materials for the building, he stressed.

This, he said, dovetails into President Nana Akufo-Addo’s ‘One District, One Factory’ (1D1F) project, aimed at providing employment for Ghanaians.

He commended the Hungarian government, Solin and Sino Africa Development Company for the initiative.

Again, the minister spoke highly of the Hungarian Ambassador to Ghana, András Szabó, who, he admitted, had become a personal friend.

For his part, Szabó said the project could not have come to fruition without the support of the Government of Ghana and Sino Africa Development Company Limited.

He explained that the project is a Public Private Partnership (PPP) with the Government of Ghana, with Solin mandated to finance and build affordable housing units for Ghanaians, which will subsequently be absorbed by government to citizens on flexible and affordable terms.

Solin, he said, has plans to establish a factory in Ghana to aid government’s 1D1F initiative to locally produce the materials needed for the construction of these rapid technology houses.

When the factory is set up and the materials produced locally, the company will annually construct 2,000 housing units for Ghanaians, he went on to disclose.