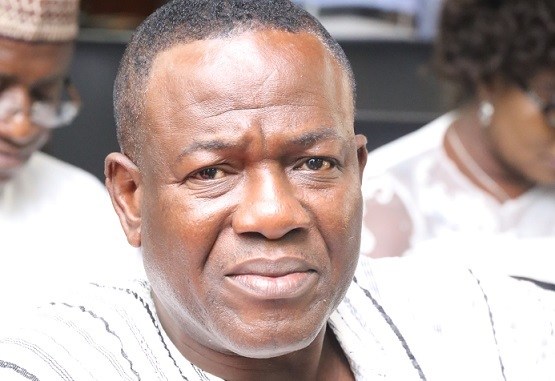 Government has expressed concern about the growing spate of chieftaincy disputes in the country.

Prior to assumption of office by President Nana Akufo–Addo’s administration, the country recorded 532 chieftaincy disputes across the country.

Figures from the Ministry of Chieftaincy and Religious Affairs indicate that these were the documented cases identified and being worked on at the ministry.

Deputy Minister for Chieftaincy and Religious Affairs, Mr Paul Essien, who disclosed this, bemoaned the growing number of chieftaincy disputes in the country.

He said the negative phenomenon, if not halted immediately, could thwart the effort of government and continue to retard development in many parts of the country.

He said resources being channelled into addressing these chieftaincy issues could have been applied judiciously to development projects that are necessary in deprived communities.

The Deputy Minister, who doubles as Member of Parliament (MP) for Jomoro, said the government had commenced series of programmes geared towards stemming the tide of these disputes.

Mr Essien said whilst government decries the growing phenomenon of chieftaincy disputes, it had also worked with relevant stakeholders to successfully resolve a number of these disputes.

According to him, upon assumption of office, the administration of President Akufo-Addo managed to resolve about 30 of the 532 disputes inherited.

But, he said, the Ministry of Chieftaincy Affairs has again been hit by additional cases of disputes considered very new.

The Deputy Minister said the high number of unresolved cases was not only scary, but poses danger to the peace and security in the country.

He appealed to traditional rulers to apply time-tested traditional best practices in selecting chiefs to avoid disputes instead of allowing minor disagreements to grow and eventually overshadow the beauty of the culture and tradition underpinning traditional leadership in the country.

On religious affairs, Mr Essien said the current government, upon assumption of office, had commenced various programmes to improve religious activities in the country.

He said the pilgrimage to Israel, being organised for Christians annually, was one of such initiatives introduced by the ministry to grow the faith of Ghanaians whilst using the religious platform to promote diversity, peace and stability.