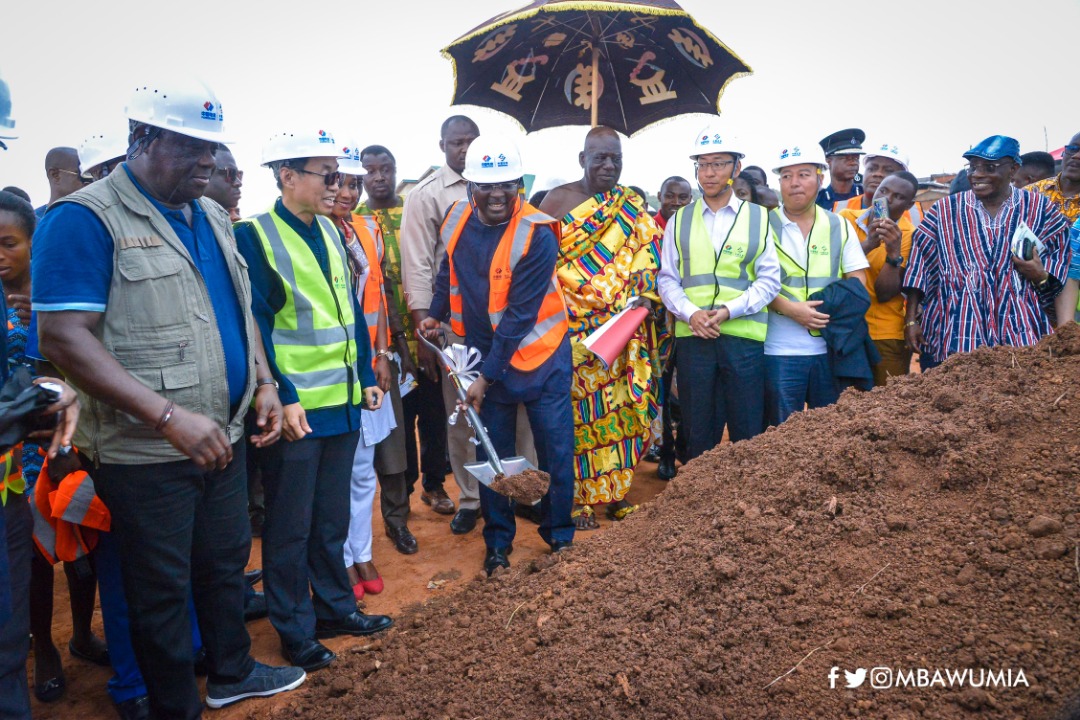 The sod Cutting ceremony for the Cape Coast Inner City roads makes it the second time in this week that government is cutting sods for roads captured in the approved Lots under Phase 1 of the Ghana-Sinohydro Master Project Support Agreement.

The first sod cutting ceremony for the week was done for the 88km Hohoe-Jasikan-Dodopepeso road in the Oti region. On Friday, 22nd November, similar sod Cutting ceremony will be held at Nyinahini in the Atwima Mponua constituency in the Ashanti region for about 65km of roads in the bauxite-rich enclave. 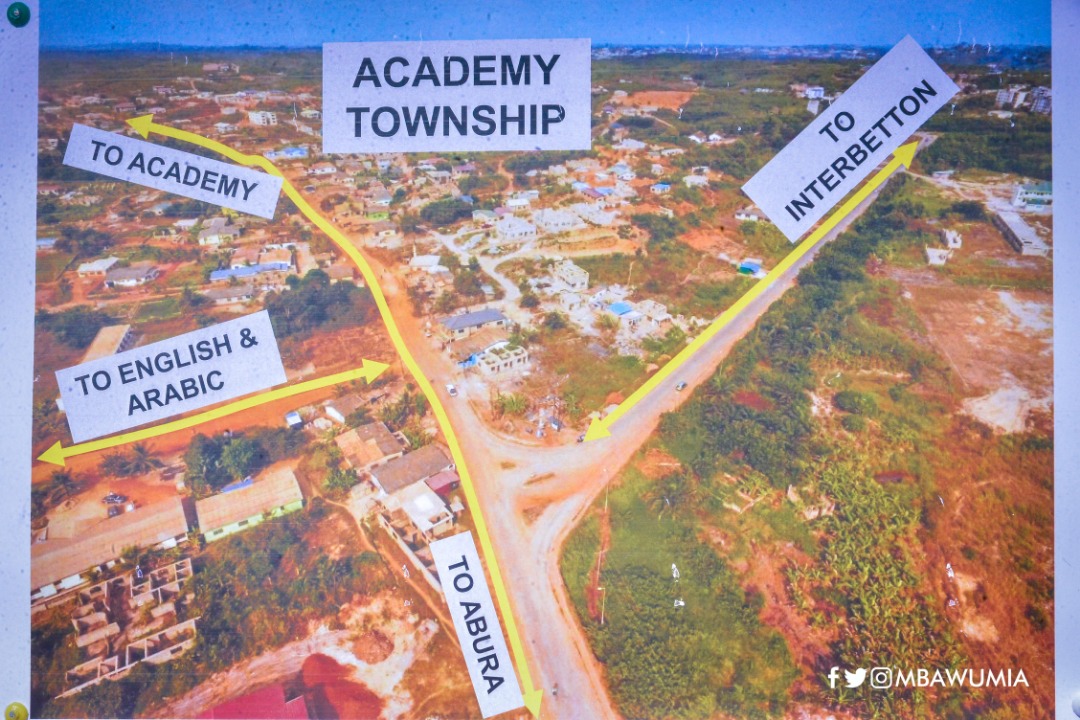 Works on the 30km of roads in the communities in Cape Coast will involve drainage, earthworks and bituminous asphaltic surfacing. Under this Project, the roads are to be rehabilitated and upgraded to improve accessibility and quality of life. Communities to benefit from the project are Akotokyir, Kwaprow, Amamoma, Abura new community, English Arabic Area, PPAG area, Amissano, Besakrom, Dunkwakrom, Eyifua and Kakumdo.

Vice President Bawumia is his address gave strong indications of government’s commitment to ensure that the local content clause in the Ghana-Sinohydro Master Project Support Agreement that seeks to leverage a fraction of Ghana’s bauxite deposit (in value added form) for some critical infrastructure projects worth $2 billion will be strictly adhered to. 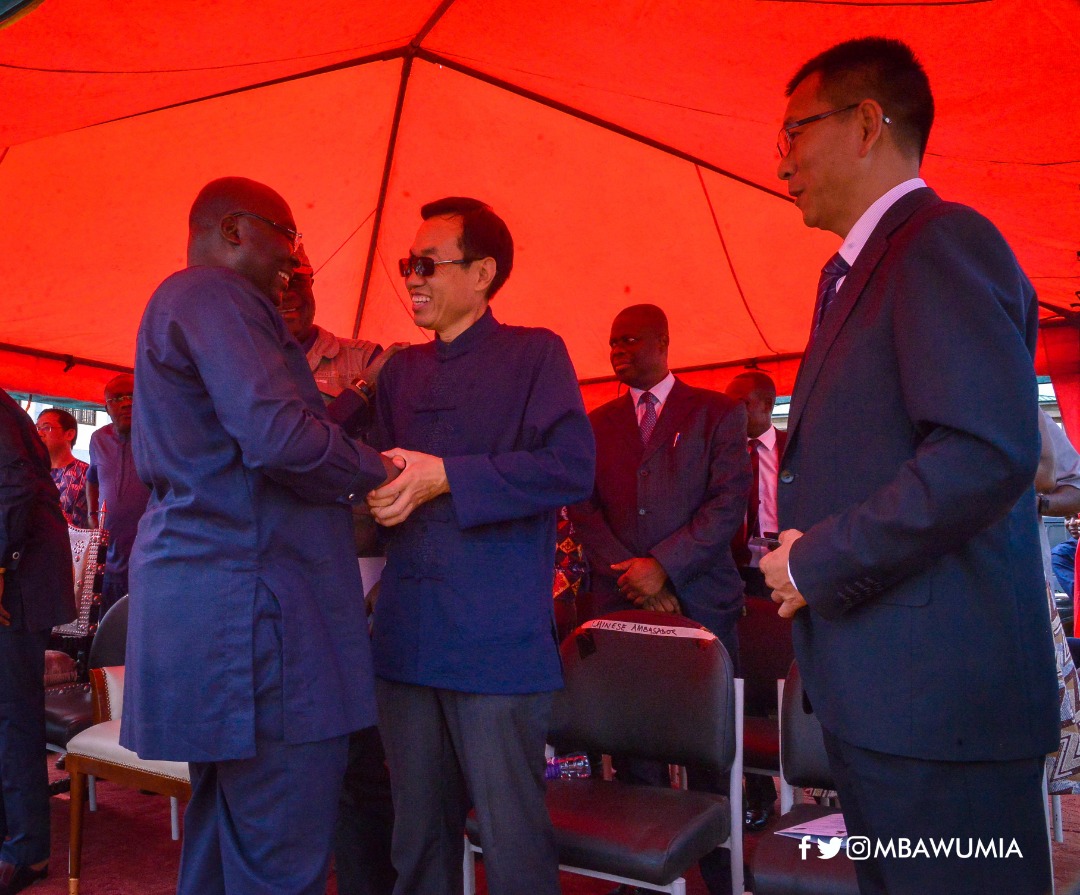 Dr. Bawumia assured chiefs and people of Cape Coast, as well as all Ghanaians that government is aware of the need to protect indigenous Ghanaian businesses while at the same time creating new opportunities for locals.

He therefore assured that the necessary arrangements have been made to protect locals in the contracts to be executed under the facility.

“I want to assure you (Nananom) that the contract includes local content that is part of the contract with Sinohydro. Local content has to be respected and it will be respected. Our labourers, our artisans and our contractors will all get work to do”, Dr. Bawumia assured. 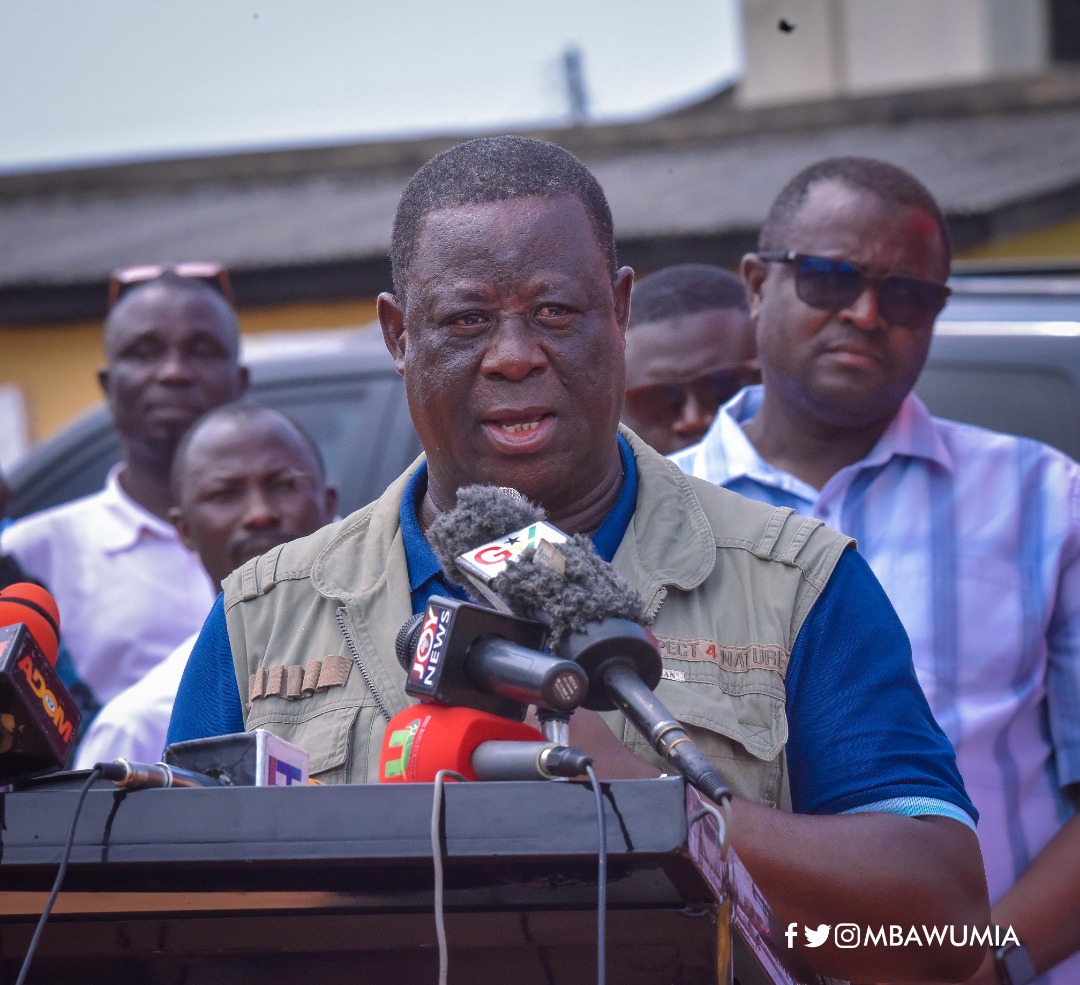 The assurance that locals in the project implementation communities will benefit directly from the contracts was also backed by Hon. Kwasi Amoako-Atta, Minister for Roads and Highways and H. E Shi Ting Wang, Ambassador of the People’s Republic of China to Ghana.

On his part, Osaberima Kwesi Atta II, Omanhene of the Oguaa Traditional Area expressed appreciation on behalf of the chiefs and people of Cape Coast to government for this timely gesture and asked for more.

Osaberima Kwesi Atta II bemoaned the fact that most of the aforementioned communities to be captured are not accessible to arterial and major collector roads in Cape Coast. 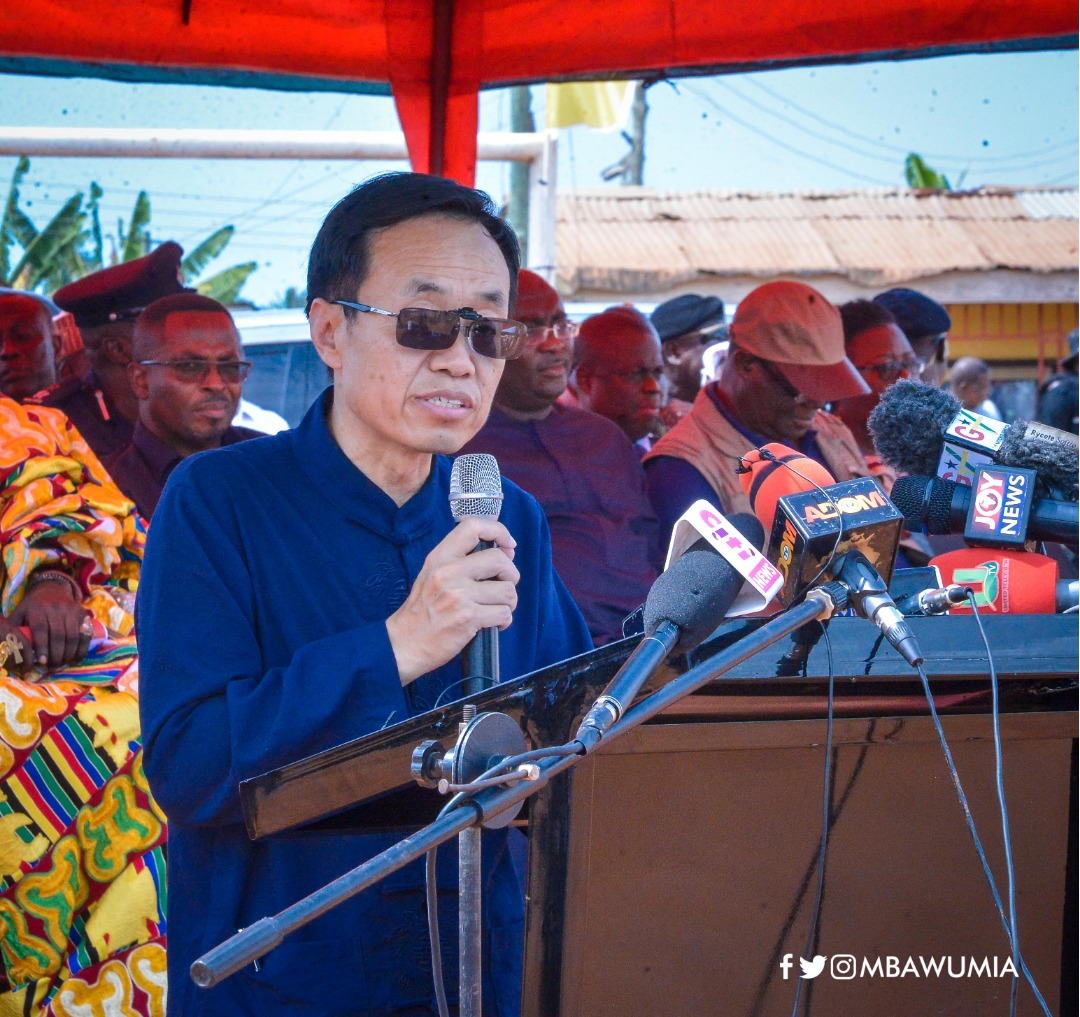 “The current routes are longer and unattractive to vehicle users. This project will reduce the distances and travel times involved so as to improve all weather accessibility in the aforementioned communities”, he said.

At the ceremony, the highly elated Member of Parliament for the Cape Coast North Constituency and Deputy Minister at the Ministry of Works and Housing, Hon. Barbara Asher Ayisi thanked government for listening to the plight of the people of her constituency by doing them the honour of constructing their roads. 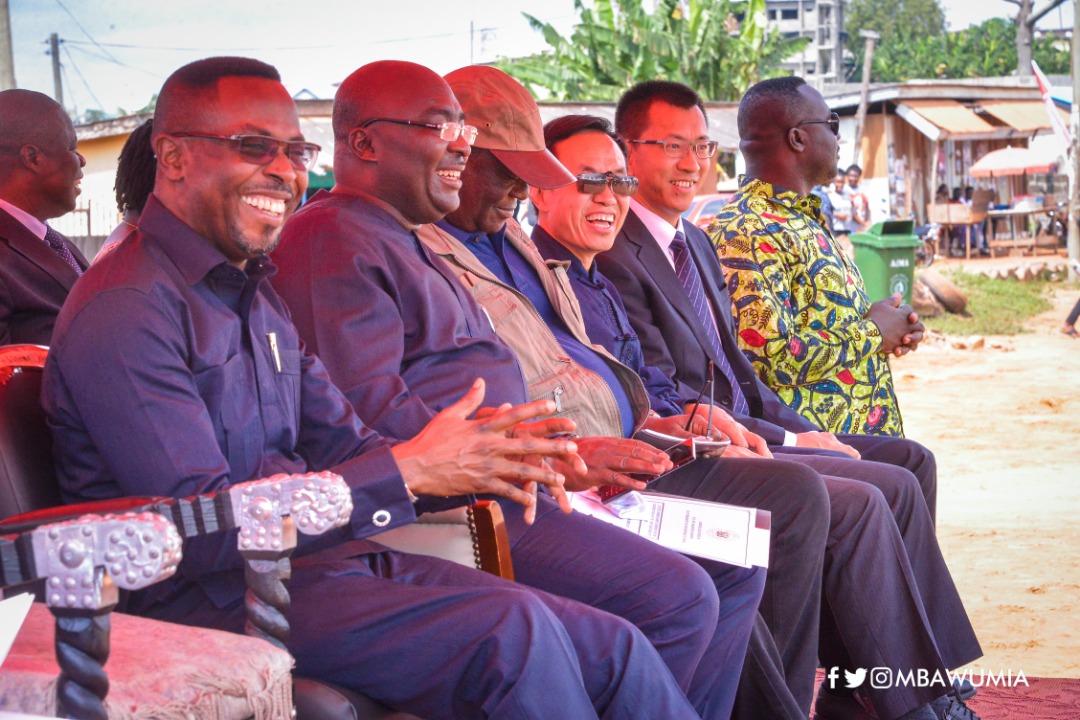 She said,  the gesture by government on the Cape Coast Inner City roads is a direct response to the numerous concerns raised by residents over the last years on the deplorable state of roads in the City. 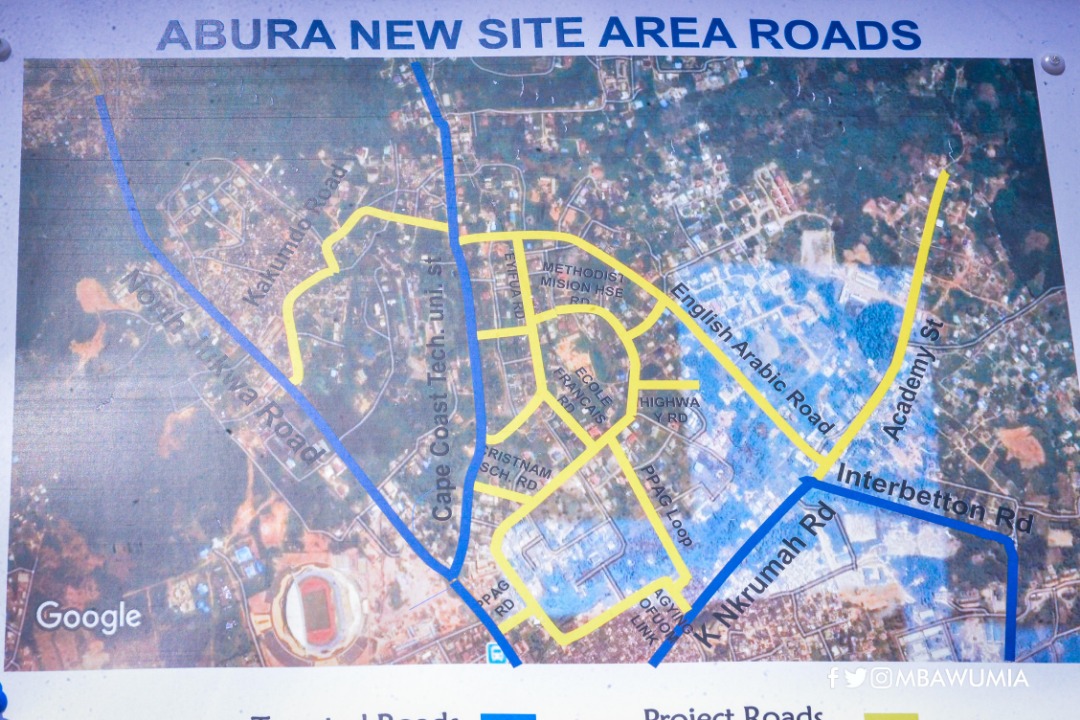 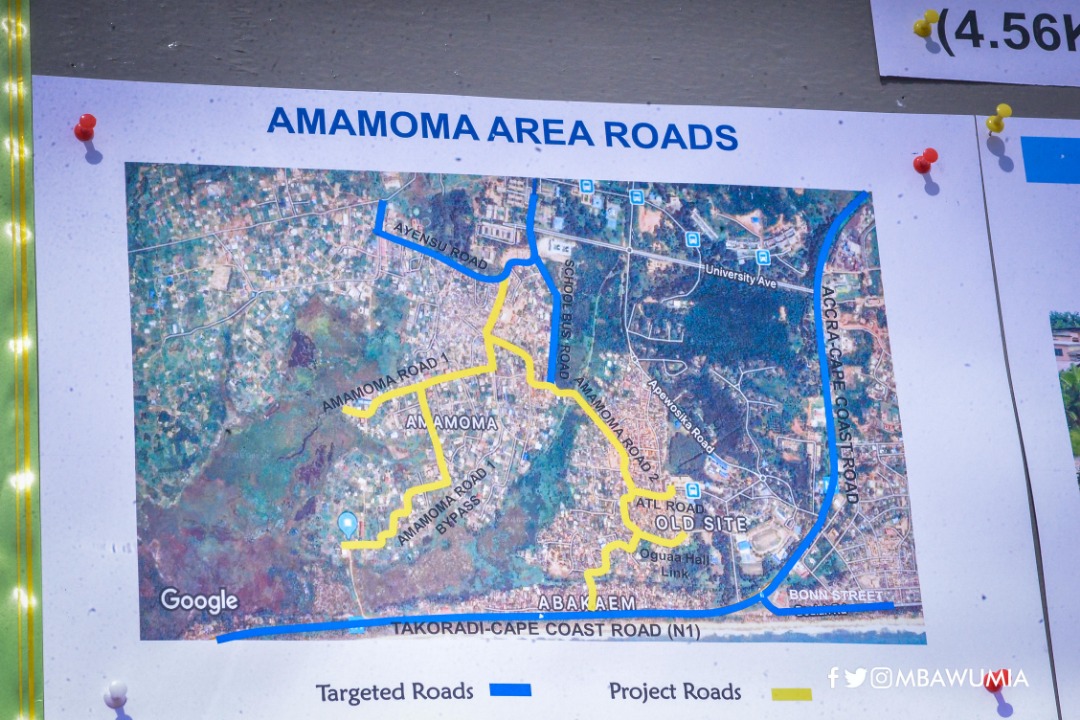