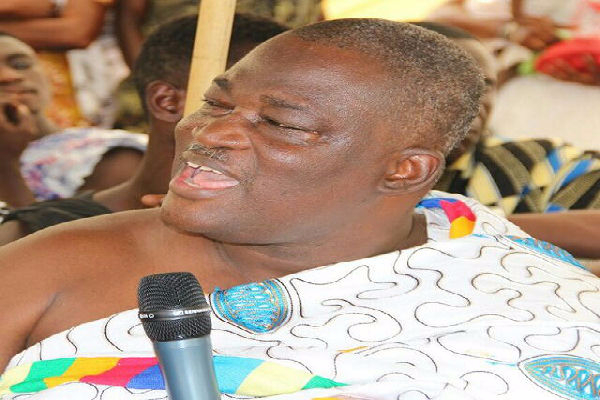 The Spokesperson of Asantehene Otumfuo Osei Tutu Baffour Hyiaman Brentuo VI, says former President John Mahama will be an ingrate if he underrates the interventions the Ashanti king has made in his political career so far.

It comes in the wake of the back and forth between the Manyhia palace and the camp of the former President over the role of the monarch in the aftermath of the 2016 elections.

Former Chief of Staff Julius has pushed back on claims by the Otumfuo that his persuasion made Mr. Mahama concede defeat to then-candidate Akufo-Addo after the 2016 polls.

“I state without equivocation that the decision to concede and congratulate Nana Akufo-Addo even before the official results were declared was taken by President Mahama himself without any persuasion from any quarter,” Mr. Debrah said.

Responding to the former Chief of Staff, the Otumfuo Mawerehene said, the King and former President Mahama and the current President, as well as the then electoral commissioner, met twice before he left power.

“The meeting was between the then now- President Akufo-Addo, Mrs. Charlotte Osei former electoral commissioner and Air Force Gen O.J were witnesses of the meeting. Mahama will be a colossal ingrate, even his appointment to Vice Presidency was mitigated by Otumfuo when Flt. Lt. Gen Rawlings would not allow him to be the running mate to the late Prof. John Atta- Mills in 2008.

“To call Otumfuo a liar or allow his cronies or to allow his people to disparage and pour vituperative to such a benefactor who went to the extent of accommodating you during your tenure as President, is, to say the least very regrettable and inexcusable,” he said.

He further noted: “As a politician, he should remember that the Road to Power does not pass through Manhyia Palace but definitely through the indivisible Asante region where Otumfuo reigns and that his people will always remember him as an ungrateful politician. He shouldn’t forget where he danced to the “Y3n ntie obiara” music to the chagrin of the broad masses of Asante people that won Manhyia Palace displeasure of many Ghanaians. What disgusting betrayal from a “son’’.