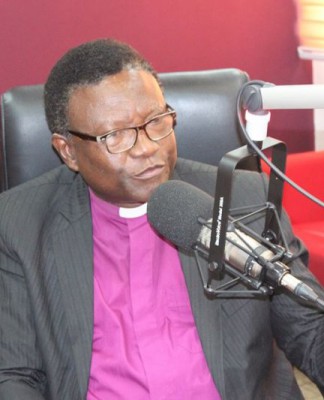 The opposition National Democratic Congress (NDC) Member of Parliament for the Builsa South Constituency in the Upper East Region, Dr. Clement Apaak says he is surprised that the National Peace Council is yet to comment or condemn the violent incidents that took place in the Ayawaso West Wuogon Constituency and the studios of Asempa Fm.

The vociferous Member of Parliament who is an ardent supporter of former president John Dramani Mahama is at a loss as to why civil and moral society are quite about the matter.

‘’The Peace Council, civil and moral society see nothing wrong with the assault of a sitting member of the Minority in Parliament, Hon. Sam Gorge, the shooting and brutally unleashed on Opposition NDC party activists on the day of the illegitimate by-election by the ruling NPP party thugs dressed in police uniforms, armed, hooded and moving about in official Police vehicles?’’ he quizzed.

Dr. Apaak continued ‘’It’s peace when Nana B, the National Youth Organizer of the ruling NPP and Hon. Collins Amankwa, an NPP MP and deputy chair of the Defense and Interior committee of Parliament assault Sammy Gyamfi, the National Communication Officer of the opposition NDC?’’

He also wondered how the president, Nana Addo Dankwa Akufo-Addo can keep a blind eye to the assault of a sitting Member of Parliament, but gleefully goes out of his way to congratulate an MP-elect.

‘’ And it’s ok that the President of the Republic of Ghana, Akufo-Addo, a lawyer by profession, a so-called human rights advocate, fails to condemn the assault on an opposition NDC MP, Sam Gorge, but deemed it fit to congratulate an elected MP, Maa Lydia? And in all this the Peace Council is silent?’’ he added.