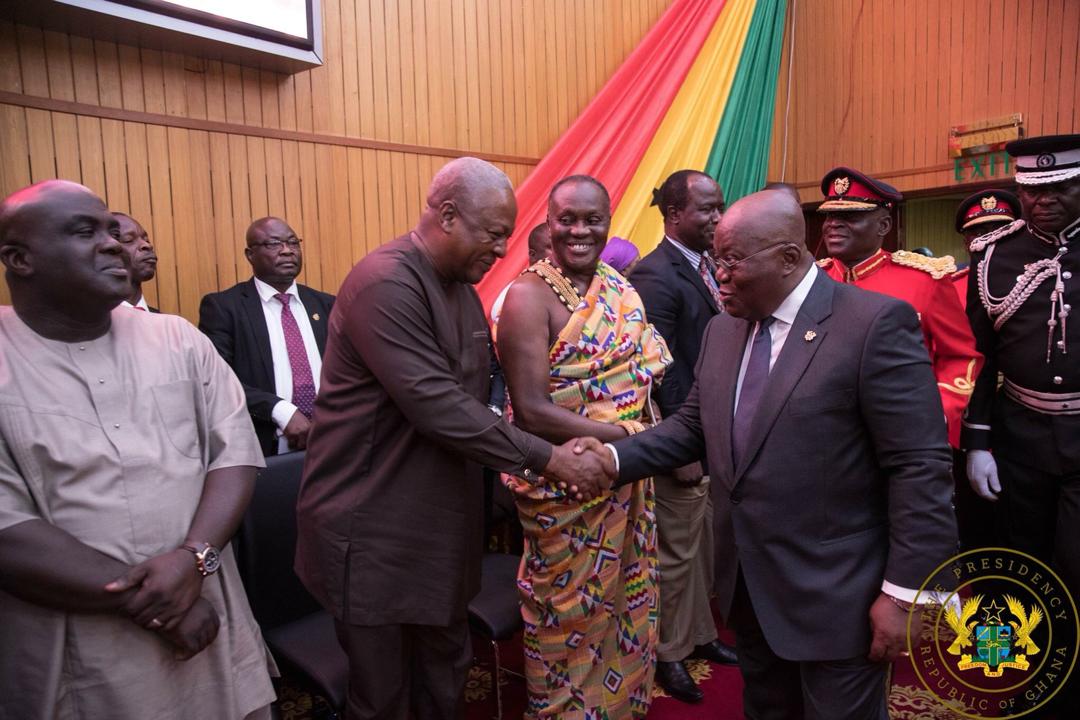 Former president John Mahama has described his successor president Akufo-Addo as “the father of militant vigilantism”.

Mahama stressed the president cannot pretend party militia or vigilante groupings are now springing up in Ghana because he superintended over their establishment and benefitted from it while in opposition.

“Akufo-Addo is the father of militant vigilantism,” the former president said while responding to calls by Nana Addo for parties to disband their vigilante groups.

“I want to use the platform of this Message to make a sincere, passionate appeal to the leaders of the two main political parties in our country, NPP and NDC, to come together, as soon as possible, preferably next week, to agree on appropriate measures to bring an end to this worrying and unacceptable phenomenon of vigilantism in our body politic.

“If voluntary disbandment by the parties is not feasible, then I will initiate legislation on the matter. Vigorous debate and the exchange of ideas should be the true basis of political dialogue and competition in our country, not the activities of party vigilante groups. What was tolerated over the years cannot and must not be accepted anymore. We must not take our peace and security for granted— not for a moment. Our children and grandchildren will not forgive us if we were to compromise our peace and stability. I will not permit that to occur under my watch,” the President noted at his 3rd State of the Nation Address in Parliament.

Mahama has described the president’s initiative “as good but too simplistic.”

He said “the two parties alone can’t deal with this issue. The vigilantes are embedded in the security services and so if you said we should disband, it must involve other stakeholders.”

The NDC flagbearer hopeful in an interview on Radio Gold Friday called on Akufo-Addo to show commitment before he can rally others behind him in the fight against vigilantism.

“He should take the initiative. It was the introduction of Akufo-Addo’s Bolga Bull Dogs among others that brought about the vigilantism. It will take other stakeholders like the Peace Council to disband this. NPP and NDC alone can’t dissolve it. We should find a way of delisting them from the National Security,” Mahama stated.

He emphasized that the government recently used state-sponsored thugs under the guise of national security to terrorize NDC supporters during the Ayawaso by-election.

“There should be good faith. People were shot and injured and it’s criminal. The police should take up the criminal case. There is an attempt to equalize to what happened in Kumasi; and that was purely criminal. What we see in Ayawaso Wuogon are cover ups. The one who slapped Sam George by now police should invite him and take his statement. A whole MP?”.

“The initiative is good but it’s too simplistic. It needs time and should be structured properly,” Mahama stressed.