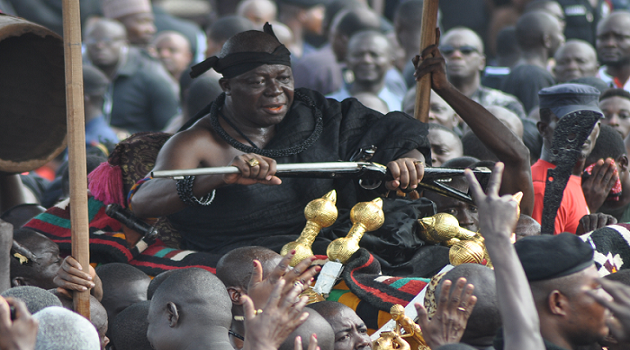 Manhyia Palace, the seat of the king of the Asante Kingdom, the Asantehene, Otumfuo Osei Tutu II has placed a ban on all funerals in the Ashanti Regional Capital Kumasi and its environs ahead of the 20th anniversary celebration of the Monarch’s ascension to the golden stool.

The move is aimed at affording the King and Asanteman the opportunity mark the 20th Anniversary of the enstoolment of Otumfuo Osei Tutu II successfully.

Otumfuo Osei Tutu II is the 16th occupant of the golden stool and has been the traditional ruler of the Asante Kingdom since 26 April 1999.