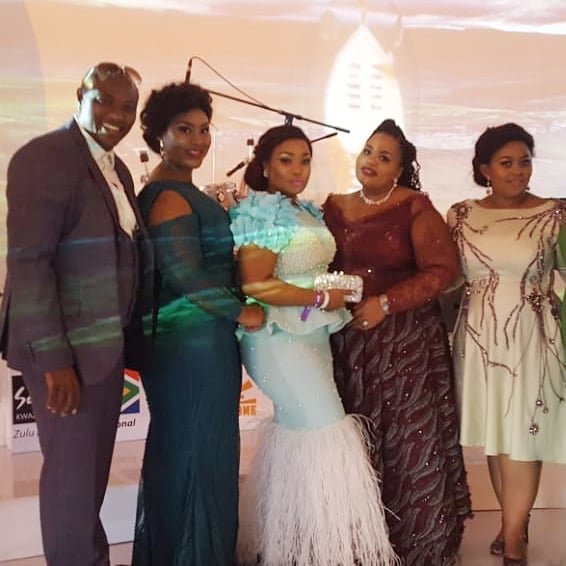 The 45-year-old man who is married to four wives has left women yearning to have a piece of him. He bought each of his four wives a brand new Mercedes Benz, customized with their names.

The South African man, who is a former journalist, is well known for his fetish for cars and he owns quite a number of sleek machines.

Musa and his family are featured in their own reality show Uthando Nesthembu, which revolves around their lifestyle.

His third wife Makhumalo couldn’t hide her joy and during the show said;

WOW! HE REALLY SURPRISED US. THOSE WERE TEARS OF JOY BECAUSE I NEVER EXPECTED HIM TO DO SOMETHING LIKE THIS.

The generous man who is also the author of the Life and Polygamy book has set the bar high and women are considering becoming his 5th wife.

Can I be the 5th wife? He is buying 4 Mercs for his wives, and then you get these gorillas who complain to just fill up your car.

Batlogilem: Let’s all agree to disagree, all Lady’s need a Musa Mseleku in their life’s #UthandoNesthembu

Sandra Zwide: Imagine I’m dating 3guys but none of them can afford to buy me a toy..

Dinny Kay: #UthandoNesthembu I’m choosing to cry inside Mercedes Benz than to cry under an umbrella

Natt Aubrey: Men Polygamy is Not for All of Us you need A stable BANK balance Not MONTH END SALARY #UthandoNeSthembu

Annet K: The only man in SA that’s doing this polygamy thing right.

Gracious: This is what marrying more than one wives means, treat them equally 😍