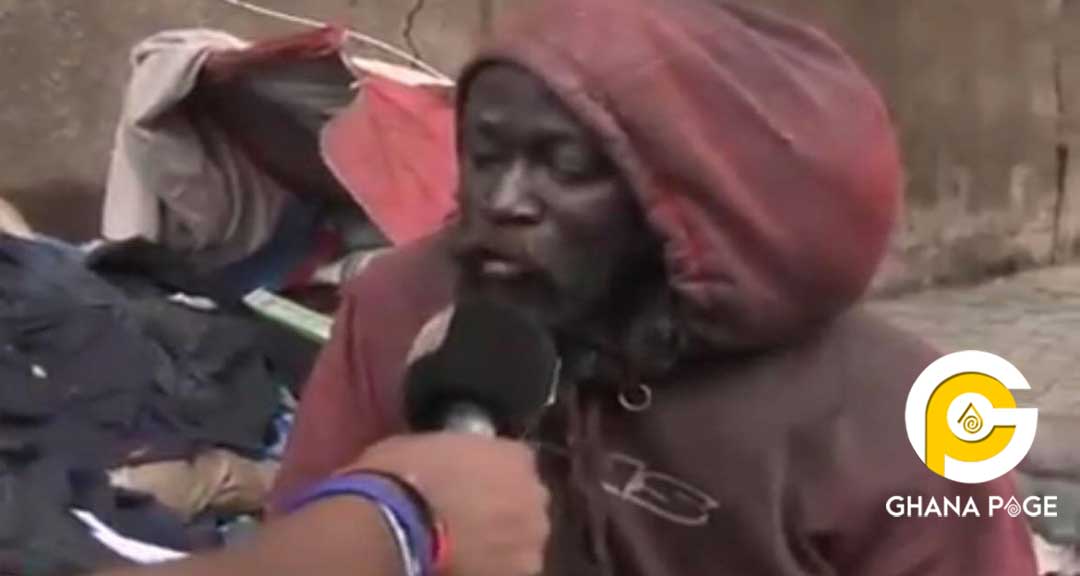 For a couple of years, a madman was on the street of Accra and he garnered a lot of attention with many people wondering if he was really mad or not. One thing that was clear to the people who were around was that he was a very powerful spiritualist who gets results.

He went by the name Living Covenant and from a Joy News documentary, people including big men who rode V8 and other luxurious cars park at night to consult him.

According to the smart English speaking ‘madman’, he studied Psychology at the Chelsea university in the UK where he was born and bred.

According to the madman, he moved to Ghana prior to the 2016 General elections to help former president John Maham retain the seat.

He claims former president John Dramani Mahama is his Living Covenant Royal Household which means he is his brother and he had to give him all his support.

Sadly, Living Covenant passed away in 2018. From the look of things, it was his unhealthy environment which finally got him. May he rest in peace.