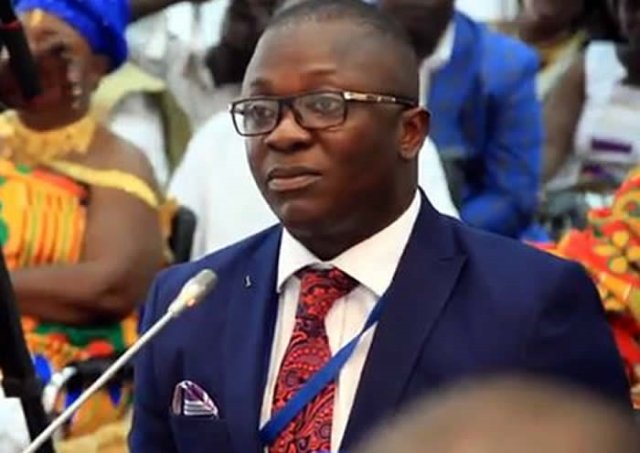 The Ashanti Regional Office of the opposition National Democratic Congress (NDC) has lodged a formal complaint at the regional police command over what it considers a threat on the life of the party’s Regional Communications Officer, Abass Nurudeen, by the Minister of State in charge of National Security, Bryan Acheampong.

The Ashanti Regional Secretary for the NDC, Kwame Zu, in a Citi News interview said the threats came after Mr. Nurudeen accused the Minister of being responsible for the importation of some weapons that were confiscated at the Tema Port last week.

Bryan Acheampong made a counter Facebook post in which he among other things said he could “mechanically remove the stupidity” out of Abass Nurudeen.

Kwame Zu told Citi News that the party is not taking the threat kindly and is seeking respite from the police.

He said the police have given assurances that they will look into the matter and revert to the party if the need be.

“Mr. Bryan Acheampong alleges that our regional communications officer, Mr. Abass Nurudeen has made certain claims and that he was the one who imported the cache of ammunition that was seized by security agencies at the Port. Apparently, that didn’t go down well with him so he threatened Mr Abass Nurudeen. We have made the formal presentation to the police at the regional command and we also took the opportunity to have audience with the regional police commander. He has indicated that he will delve into the issues”.

Meanwhile, the Ghana Police Service have assured that security agencies have physically examined the said truck and its contents and found them to be imported pump action guns covered by regular documentation authorized by the Ministry for the Interior and relevant agencies and they conform to the documents covering them.

The pump action guns in the truck a statement from the police added are authorised for private use by licensed persons, adding that they are not the type of weapons used by state security agencies.