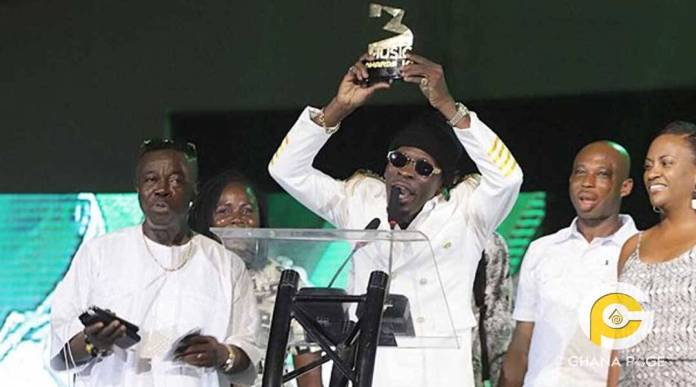 The 2nd edition of 3Music awards came off successful yesterday inside the fantasy Dome, Trade Fair in Accra.

The event was attended by several great personalities saw performances by Ghana’s biggest acts including Shatta Wale, Wendy Shay, Medikal and some up-coming artiste in the music industry and many more.

Viral Song of the Year: Gringo by Shatta Wale

Highlife Song of the Year: ‘Wish Me Well’ by Kuami Eugene

Next Rated Act of the Year: Kofi Mole

DJ of the Year: DJ Vyrusky

Reggae/Dancehall Song of the Year: ‘Gringo’ by Shatta Wale

Producer of the Year: MOG Beatz

Afrobeats Song of the Year: ‘Bawasaaba’ by Stonebwoy

Video of the Year: ‘Gringo’ by Shatta Wale

Hiphop/Hiplife Act of the Year: Medikal

Boomplay Album of the Year: Epistles of Mama

Hiphop Song of the Year: ‘Stables’ by Joey B

Song of the Year: ‘My Level’ by Shatta Wale

Most Streamed Artiste on Boomplay: Stonebwoy