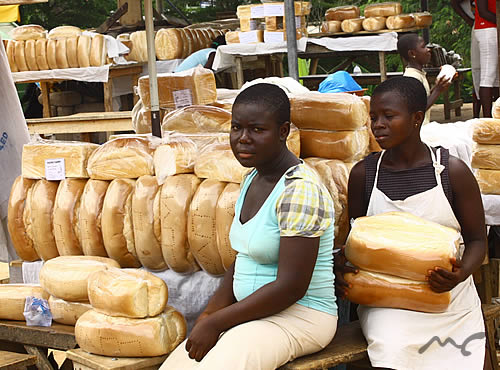 Over 10,000 workers within the bread baking industry at Kumasi in the Ashanti are set to be laid off due to the current hardships the industry is facing, according to the Chief Executive Officer of 3 Stars Bakery and Nyamekye Bakery, Nana Ampabeng Kyeremeh.

Disclosing his ordeal to the media, Nana Ampabeng said despite the current complaints over the upsurge in the prices of materials they use in their bakeries such as flour, sugar and margarine which eventually compelled them to increase the prices of bread from Gh¢5.00 to Gh¢6.00, the prices are still escalating on the market.

He said the rapid upsurge coupled with government’s failure to address their concerns and ensure that prices for items used in the business are reduced has led to the collapse of the industry, hence the imminent lay off of over 10,000 employees.

He said the government’s claim to have reduced the cedi challenge to the dollar is neither here nor there since it doesn’t reflect on any transaction.

The CEO of the dual company (3 Stars Bakery and Nyamekye Bakery), Nana Ampabeng Kyeremeh is therefore calling on the government to as a matter urgency do something to save the situation, adding that anything apart from that will make its claim of  boosting the private sector will remain a mirage.

Some employees who have been given a prior notice of the likelihood of sack also shared their ordeals.

They called on the government to do something as quickly as possible since they don’t want to be jobless.

They expressed their disappointment and dejections in the business due to the current situation, adding that customers no longer purchase the bread due to the increment.