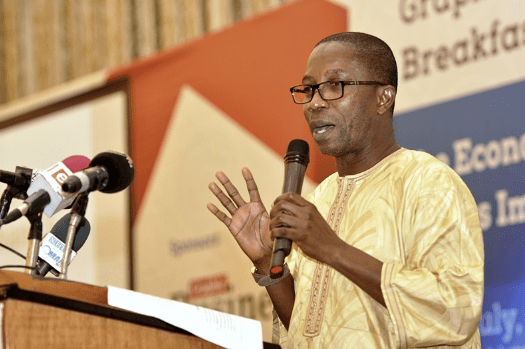 Coordinator of Third World Network-Africa, Dr Yao Graham has revealed that the Electricity Company of Ghana (ECG) was forced by political pressures to sign agreements with power plants owners leading to its privatization.

ECG was handed over to Power Distribution Service (PDS) in March after the privatization process was completed.

The country has in the past weeks experienced intermittent power outages in parts of the country due to what government says is a shutdown of some plants and maintenance works.

The opposition National Democratic Congress (NDC) has slammed the government over the power outages because it expanded capacity during its tenure of office.

However speaking on News File, Dr. Yaw Graham questioned the manner in which the expansion was done.

“I followed this energy thing very closely to the run-up to ECG privatization, it was a scandal what happened. People basically brought plants and ECG was forced by political pressure to sign agreements with them.

“Once the NDC claims they had expanded installed capacity we have to ask whether really the way that the expansion was done was completely rational because we know the projections that we can make. Basically, the power sector, we have a baggage which is partly informed by corruption.”