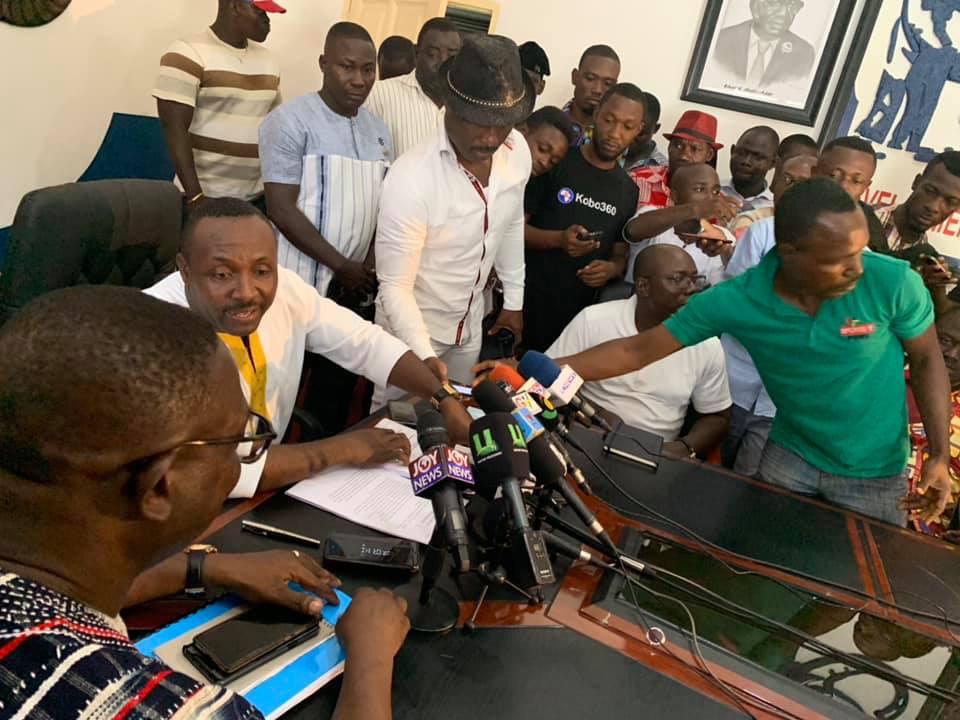 The ruling New Patriotic Party has appealed to Ghanaians not to make the “biggest mistake” again of entrusting the country’s resources, its future into the hands of John Mahama and his NDC.

The NPP said the previous Mahama administration virtually grounded the economy by taking oil-rich Ghana from a growth path of 14% to 3.4%.

Speaking at a press conference in Accra Sunday, April 7, 2019, the General Secretary of the party, John Boadu said Mahama has nothing new to offer Ghanaians other than the incompetence and corruption Ghanaians witnessed under his tenure.

“Say No to a redenominated candidate (Mahama) for he never changes. Mahama – the Value is the Same. More importantly, the NDC alternative under Mahama is still scary,” he stated.

According to Mr. Boadu, the record of Ghana’s Fourth Republic in the areas of growth and economy is obvious that the NPP builds and develops while the NDC has a penchant to destroy and erode the gains made.

“NDC took us to HIPC but did not have the courage to admit it even though it was under an IMF programme in 2000. It took President Kufuor to have the bulk of Ghana’s debt written off and get Ghana out of the IMF programme. Not only that, NPP, through the focused operations of GNPC, made Ghana an oil rich nation but left office before a single barrel of Jubilee oil could be produced.

“Also, the NPP under President Kufuor left office with Ghana’s first credit rating taking us to B+. Before that we were not even rated. Credit rating is necessary for both government and business to transact business and borrow internationally.

“After eight years of NDC economic management our rating went down from B+ to B-. Yes, B minus under John Mahama! After only 20 months of NPP under Nana Addo Dankwa Akufo-Addo, we have already been upgraded from B- to B. Our upgraded credit ratings earned us an oversubscribed Eurobond issue in multiples of seven at the lowest coupon rate and longer maturity Ghana has ever had,” he explained.

The NPP’s general secretary was amused that instead of apologising to Ghanaians on how he wasted public funds, Mr. Mahama is busy using those same dubious infrastructure projects at “outrageous inflated prices” as his 2020 campaign.

“This is the height of reckless arrogance,” Mr. Boadu said.