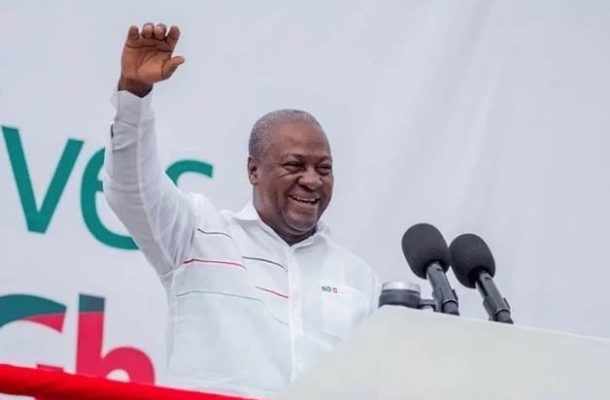 The Peoples National Convention (PNC) has congratulated the opposition National Democratic Congress (NDC) for a successful presidential primaries that culminated in the election of former president John Dramani Mahama as the NDC flagbearer for election 2020.

The PNC is particularly appreciative of the fact that the February 23 2019 NDC presidential primaries was conducted in a free, fair and transparent manner, coupled with the fact that it was incident free.

A statement signed by its National Chairman, Bernard Mornah read in part ‘’we thus congratulate you and all those who played one role or another throughout the process. We particularly congratulate His Excellency President John Dramani Mahama for obtaining an emphatic trust and confidence of the NDC party through this victory’’.

The party also announced plans to retool and elect its flagbearer for the 2020 elections saying ‘’ the PNC assures the NDC and all political parties that we shall soon embark on our internal retooling that will culminate in the election of our Presidential candidate who will offer Ghanaians an issues-based campaign’’.