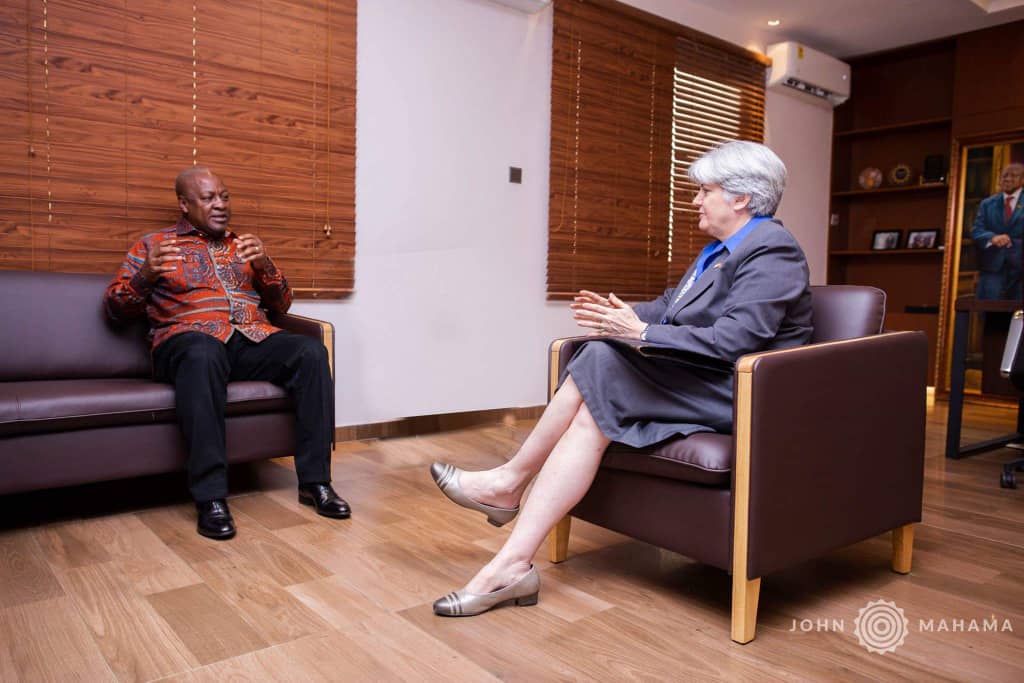 Former President John Dramani Mahama on Thursday granted audience to the new US Ambassador to Ghana, Stephanie S. Sullivan, who called on him to formally introduce herself on assumption of office.

The two discussed matters of mutual interest to Ghana and the US and recounted their encounter many years ago when Ambassador Sullivan was a Political Officer in the US Embassy, here in Accra.

The discussions among others touched on the recent violence and deployment of state-sponsored vigilante groups during the Ayawaso West Wuogon by-election.

The US Ambassador recalled Ghana’s credential as a model of peace and security, and appealed to President Mahama to continue to support efforts towards sustaining peace across the country.

President Mahama raised the need to ban, totally, the formation and deployment of political para military groups and vigilante groups like the ones deployed by the governing party last Thursday.

He also assured the US government through the ambassador of his commitment to peace and security.