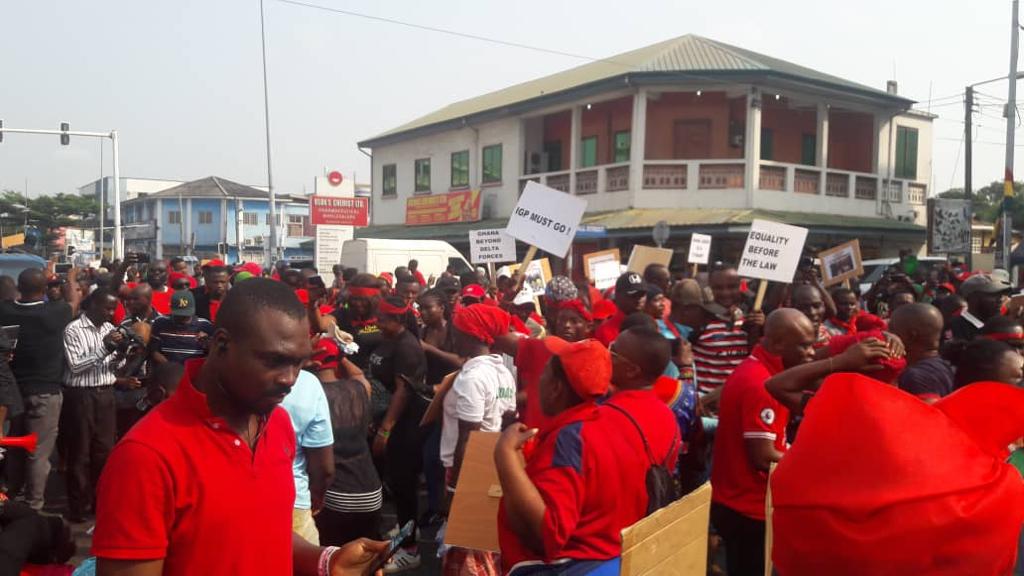 Convener of the Inter-party Coalition for National Sovereignty, Bernard Mornah had commended the Minister for the Interior Ambrose Dery and the Inspector General of Police David Asante Appeatu for the matured manner in which they conducted themselves during the Aagbe Wo demonstration.

According to him, the Interior Minister and the Inspector General of Police themselves were on hand to receive their petitions and conducted themselves very well to the admiration of all.

He said, even in the midst of great provocation and shouts of ‘IGP must go’, Mr. Asante Appeatu braved the odds, calmly received them and commended them for the peaceful manner in which they went about the demonstration.

‘’Even at the police Headquarters when people were calling for the IGP must go, he still had the courage to speak to us and receive the petition and I am glad that all these took place’’ he said.

Mr. Mornah said they were emphatic in their demands in their petition that the IGP, the National Security Minister and the Interior Minister must be removed from office for their complicity in the violence that took place during the Ayawaso West Wuogon Constituency by-election.

According to him, the numbers that turned out for the demonstration exceeded his expectation and that he was overwhelmed by the participation of the many Ghanaians that came out to join.

‘’What we are also saying is that the institution of the Commission of inquiry is much ado about nothing. It is a ploy by government to shield those who perpetrated the violence in the Ayawaso West Wuogon constituency’’ he added.