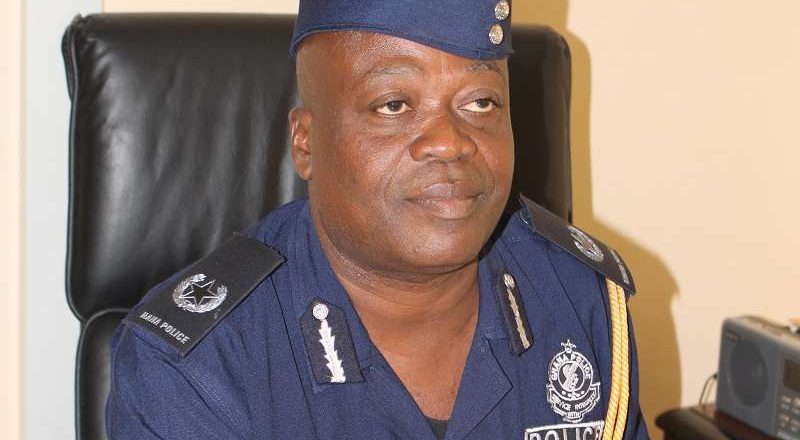 The Police Administration has assured its officers to go about their lawful duties without fear or favour and not be intimidated by any politician in the country.

According to a statement issued by the service and signed by the Director-General of Public Affairs of the Ghana Police Service, Assistant Commissioner of Police (ACP) David Eklu, the Service will stand by its officers at all times provided their conduct is professional and lawful.

The assurance follows the recent altercation between the Central Regional Police Commander and the ruling New Patriotic Party (NPP) Member of Parliament for the Assin Central Constituency in the Central Region, Kennedy Ohene Agyapong on the campus of the University for Education Winneba.

‘’The police administration therefore takes very strong exception to the behavior of Mr. Kennedy Agyapong who is a Member of Parliament and advises him to be mindful of his actions towards police officers whilst performing their lawful duties’’ the statement read in part. 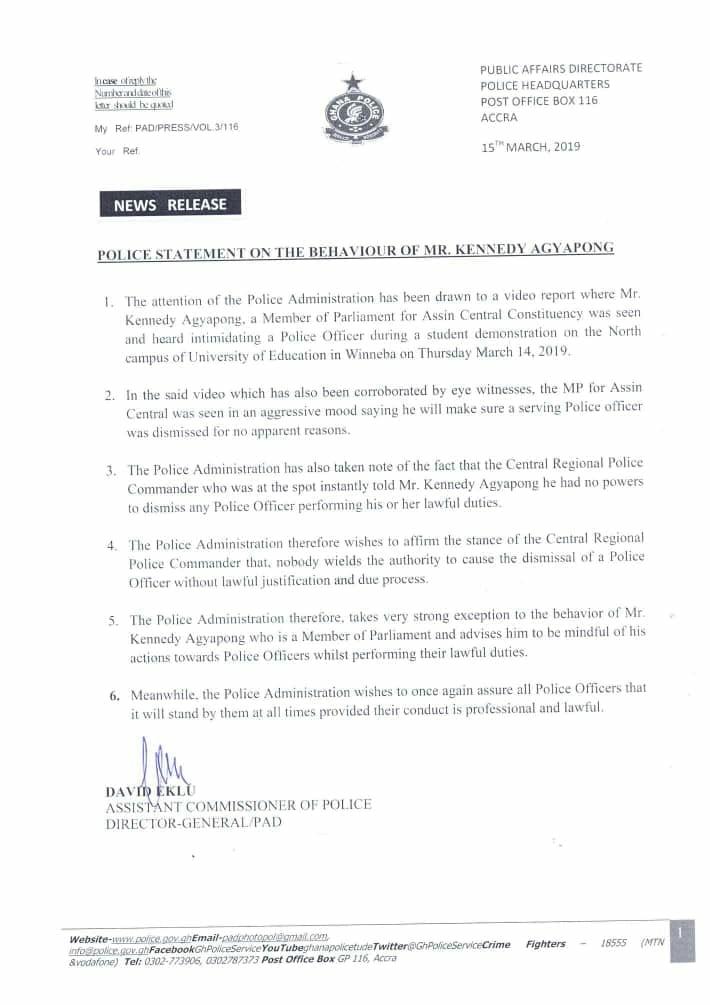