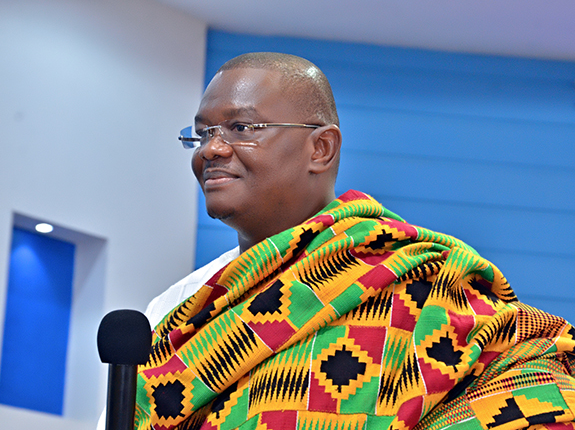 Mr. Sylvester Adinam Mensah, One of the gurus in the opposition National Democratic Congress (NDC) “fighting” against the comeback of former president John Mahama has said even though the former Ghanaian leader is his very close friend, he must give to a new face to lead the party.

Sylvester Mensah is among seven NDC stalwarts who have officially declared intensions to contest against former President Mahama in the upcoming presidential primaries of the NDC slated for December 2018.

Mr. Mensah who served for six years as Chief Executive Officer (CEO) of the National Health Insurance Authority was sacked from office by the then president John Mahama.

After his removal from office, Mr. Mensah together with seven other officials of the NHIA were arrested and detained by the Bureau of National Investigation (BNI) over an alleged case of falsification of NHIA documents, bloated claims submitted to the NHIA and alleged collusion of then NHIA officials to defraud the state.

The BNI investigation was at the instance of the then sitting President John Dramani Mahama who was voted out of power during the 2016 presidential elections.

Despite the circumstances leading to the sacking and arrest of the former NHIA boss, Mr. Sylvester Mensah speaking Monday on GHtoday on GHone TV said the former president is still his close friend.

“He’s been a very close friend for a very long time. I think that we have few latter day saints around him today but we were part of the foremost team in those days who advocated for his leadership style, we have a very good relationship” the NDC presidential hopeful told host Nana Aba Namoah.

Mr. Sylvester Mensah disagreed with former president Mahama’s decision to re-run for president stating that the former Ghanaian leader had served his term and must give way for fresh leadership of the opposition National Democratic Congress ahead of elections 2020.

‘’I think that as we speak today his (Mahama) performance has been recorded in the history of book of this country, He’s done well in terms of infrastructure but the demand of the future of our party (NDC) requires change” Sylvester Mensah said.