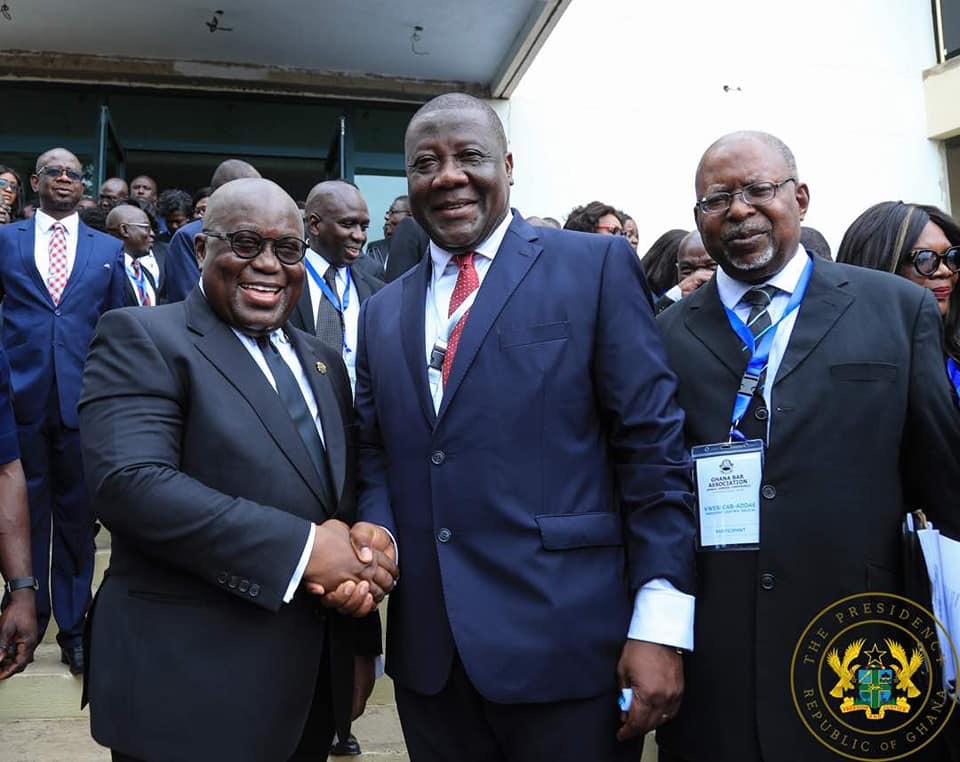 President Nana Addo Dankwa Akufo-Addo, has attributed the many challenges plaguing the country including the recent crisis in the banking sector that led to the collapse of some indigenous banks to mal-functioning laws.

According to President Akufo-Addo, “the story of every bank that has had problems, be they indigenous Ghanaian banks or international banks, like Barings Bank, Lehman Brothers, Bank of Credit and Commerce International (BCCI), each one can be traced to someone or some people breaking the law, or trying to cut corners by flouting regulations.”

The effects of these acts of lawlessness, the President said, “have been, invariably, the loss, and threat of loss, of innocent depositors’ savings and jobs.”

President Akufo-Addo was speaking at the 2018 Annual Conference of the Ghana Bar Association, on 10th September, 2018, when he made this known.

He stated, in his address, that one apparent restraint to Ghana’s progress, the missing link in the country’s governance system, which hampers the rapid economic development we seek, is the deficit in the application of the rule of law.

“It affects everyday life. It is about breaking rules and regulations in many aspects of our lives, and wanting to, and, indeed, circumventing the laws that are meant to guide our society,” he said.

He continued, “It has to do with driving recklessly, and breaking all the traffic regulations and trying to bribe the police when you are pulled up. It has to do with not getting the proper permit to build a house, and it has to do with looking the other way when something wrong is going on.”

For members of the legal fraternity, the President stated that “it has to do with sharp practice and unethical behaviour by some lawyers, which jeopardise the administration of justice and the interests of ordinary people. It has to do with judicial corruption, which constitutes a violation of the judicial oath.”

“When a road that was built barely a year ago develops potholes, someone or some people have been breaking the law or cutting corners. The story of environmental degradation occasioned by illegal mining, what we call galamsey, is a clear case of people breaking the law,” he added.

The President urged Members of the Ghana Bar Association to be the natural champions of a law-based state, whose establishments should be solid enough to sanction effectively vigilantism, bank frauds, cyber frauds, sharp practice, illegal mining, unlawful exports of fertilisers and oil products, identity thefts, stealing of public funds, bribery and corruption, criminal cartels, and criminal behaviour in general.

“The employment of technology to the practice of law and the administration of justice will help facilitate the nation’s ability to reach these goals,” he added.