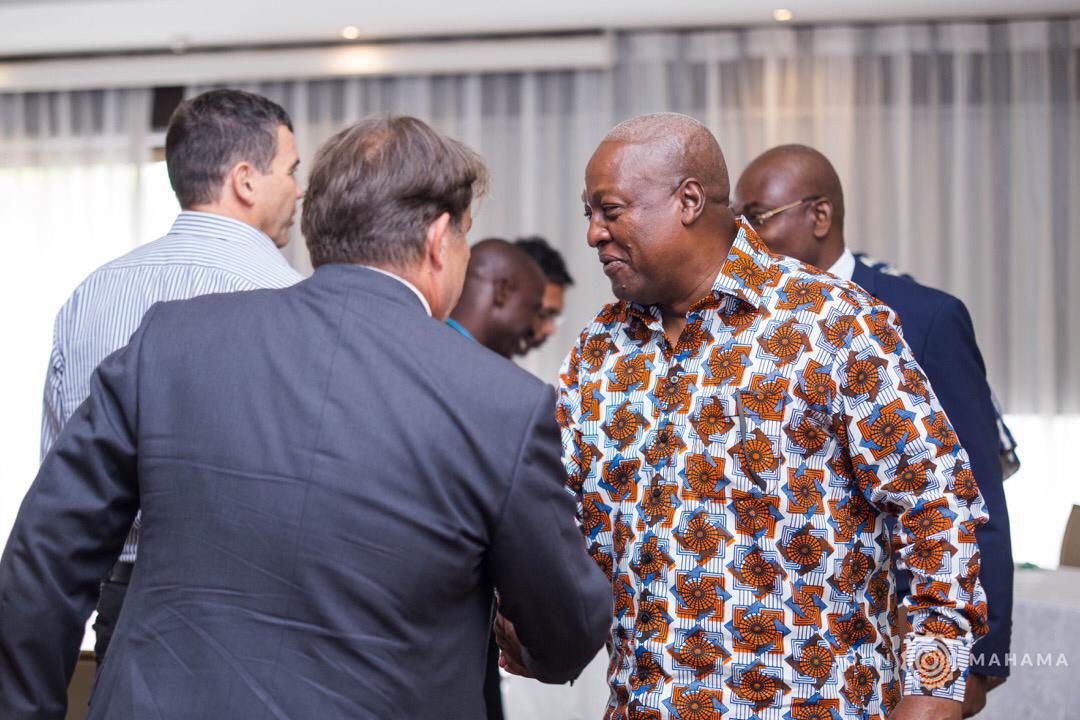 The opposition National Democratic Congress (NDC) and Former President John Dramani Mahama on Wednesday February 13, 2019 met with the diplomatic community in the country and shared with them, the party’s position on the 31st January, 2019 violence that took place in the Ayawaso West Wuogon Constituency during the by-election.

Joined by the National Chairman, Samuel Ofosu Ampofo and General Secretary Johnson Asiedu Nketia of the National Democratic Congress (NDC), the Deputy Minority Leader James Avedzi, a former Minister for National Security Kofi Totobi Quakyi and senior members of the NDC, President Mahama was of the view that the violence that broke out was completely avoidable.

According to him, it is very important that the perpetrators are apprehended and prosecuted, so that the victims will get justice.

The briefing traced the history of what he said was the NPP’s introduction of the vigilante groups, their training and the dangerous decision to arm them and also clothe them as supposed national security operatives.

The diplomats were shown multiple videos of the barbaric attacks, gun violence, and unrepentant admissions of responsibility by a Minister of State at the Presidency, Bryan Acheampong and videos of previous outings of the NPP government vigilante groups, Delta and Invincible Forces.