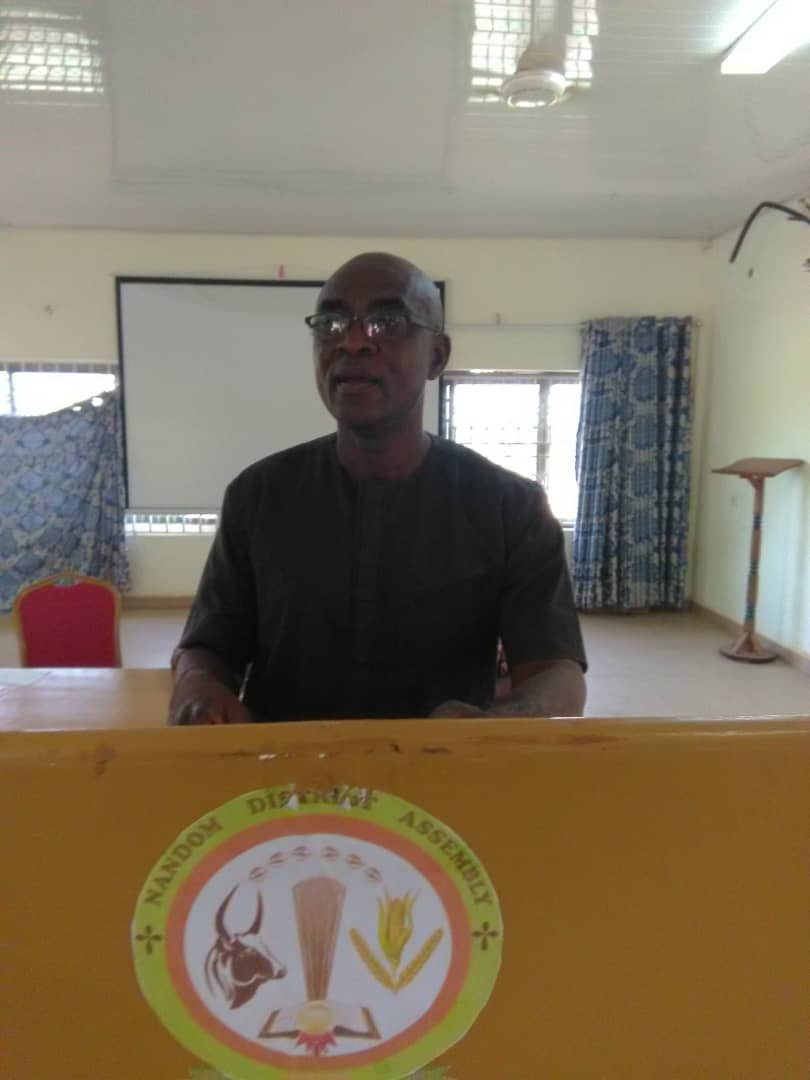 District Chief Executive for Nandom Thaddeus Arkum Aasoglenang has in collaboration with the Upper West Regional and Nandom District Directorates of Education, instituted an award scheme for best BECE performing schools in the Nandom District.

This according him forms part of efforts by the Nandom District Assembly to improve performance at the Basic Education level especially in public schools.

Mr. Aasoglenang said this when he delivered the Keynote address during an encounter with Chiefs and Queen Mothers of the Nandom Traditional Council in Nandom. He said “Our Basic Education Certificate Examination (BECE) results over the past few years have been a great source of worry. The Best results in the past four years has been 30.2% and that was in 2018” This he said calls for concern by all stakeholders. Mr. Aasoglenang explained that, the award scheme will promote competition among pupils, teachers and head teachers in the District, leading to an improvement in performance. The pass rate for the award is 60% and head teachers of schools which obtain about 80% will be awarded during the Kakube Festival.

According to the DCE, various interventions have been put in place by the Member of Parliament for the area Mr. Ambrose Dery and the District Assembly to help improve the situation over the years. He said performance is however not encouraging. He stressed that “The Member of Parliament has been facilitating the GES to organize extra classes for all final year BECE candidates in the District. Additionally, he distributes Mathematical sets to each of them and provides lunch for them during the examinations”.

He said the District Assembly on its part also support GES with logistics to enable the Directorate carry out some activities to help improve teaching and learning. Mr. Aaspglenang said the Assembly recently released Twelve Thousand Ghana Cedis (GH¢ 12, 000) for GES to conduct Mock Examination for the final year candidates. Furthermore, the Member of Parliament has also released some funds to support Circuit Supervisors with fuel to enable them carry out supervisory activities in the term.

Mr. Aasoglenang stressed that contracts have been awarded through the Ministry of Special Development Initiatives for the Construction of a permanent girl’s model school at Dondometeng. Mr. Aasoglenang also mentioned that the District Assembly also procured 570 pieces of furniture and distributed to schools in the district.