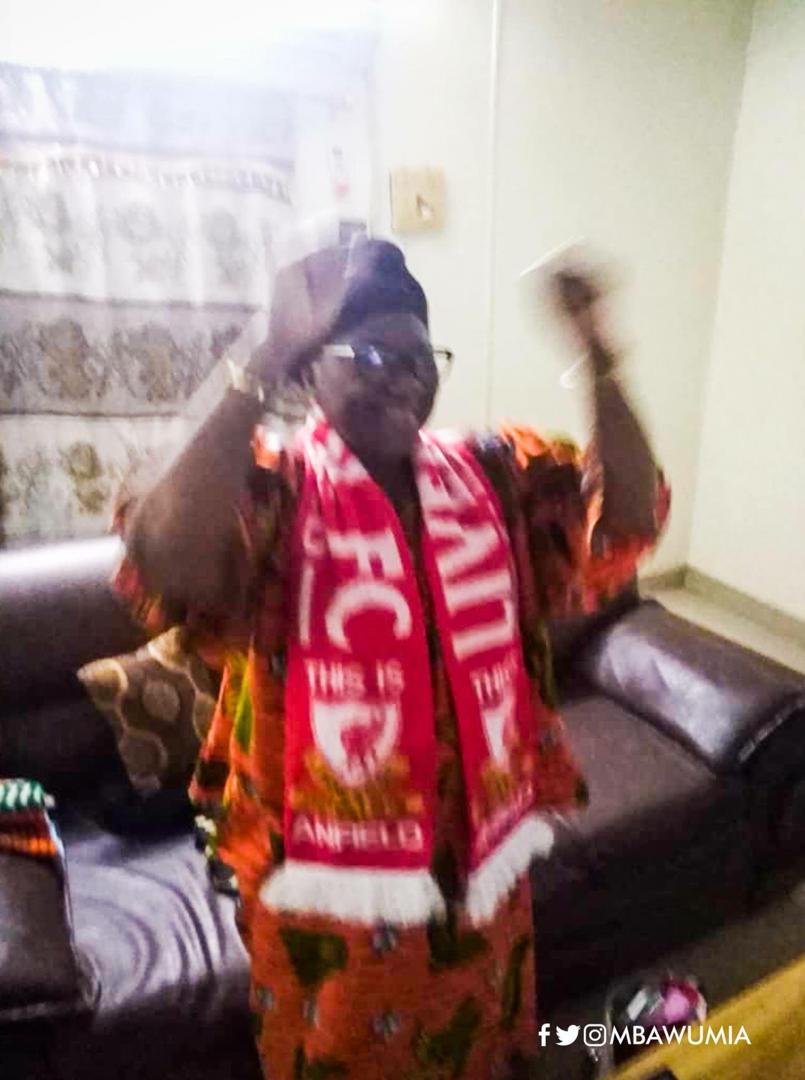 Hajia is seen in an ecstatic mood with hands raised in support of the victory of Liverpool against the Spurs.

Liverpool walloped Tottenham 2 goals to nil after full time in the Champion league encounter yesterday, May 1 2019. 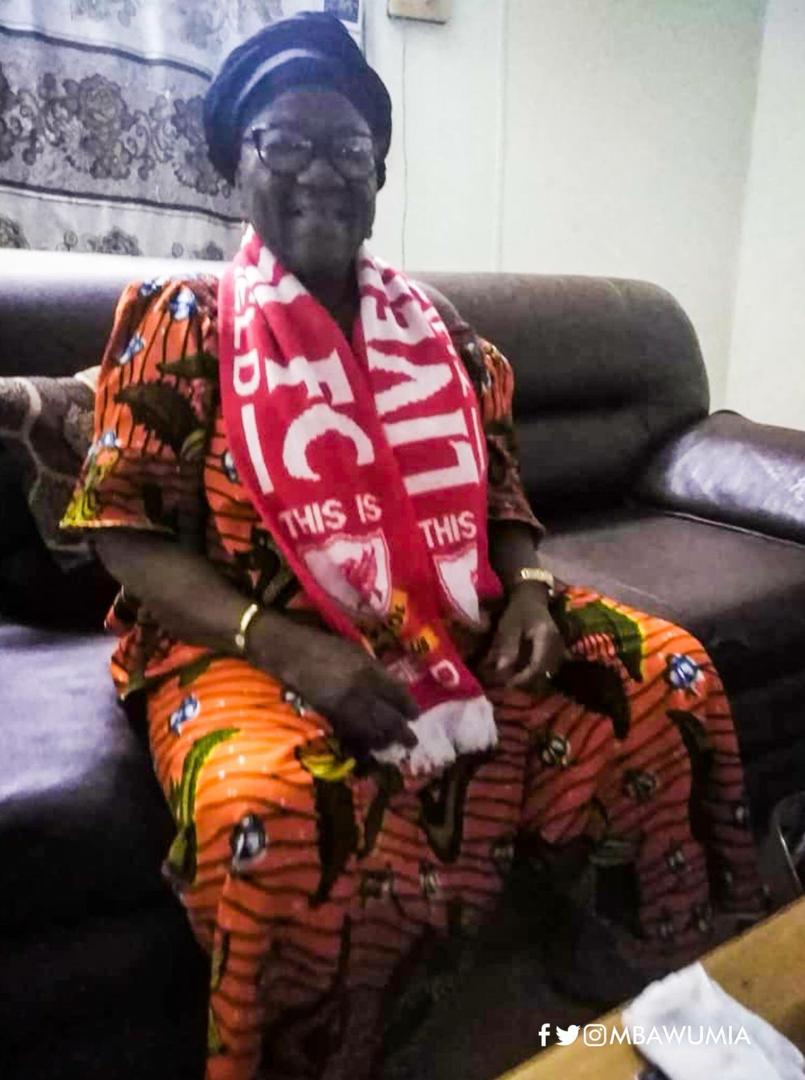 The Vice president took to his Facebook page and wrote:

‘’As I was trying to come to terms with the defeat of Tottenham last night, I was sent a couple of pictures of my mum (who is a die hard Liverpool fan) celebrating the Liverpool victory. Anyway, congratulations to Liverpool FC for winning the 2018/19 UEFA Champions League Trophy in Madrid. Spurs will come back stronger next season. COYS!!.’’. 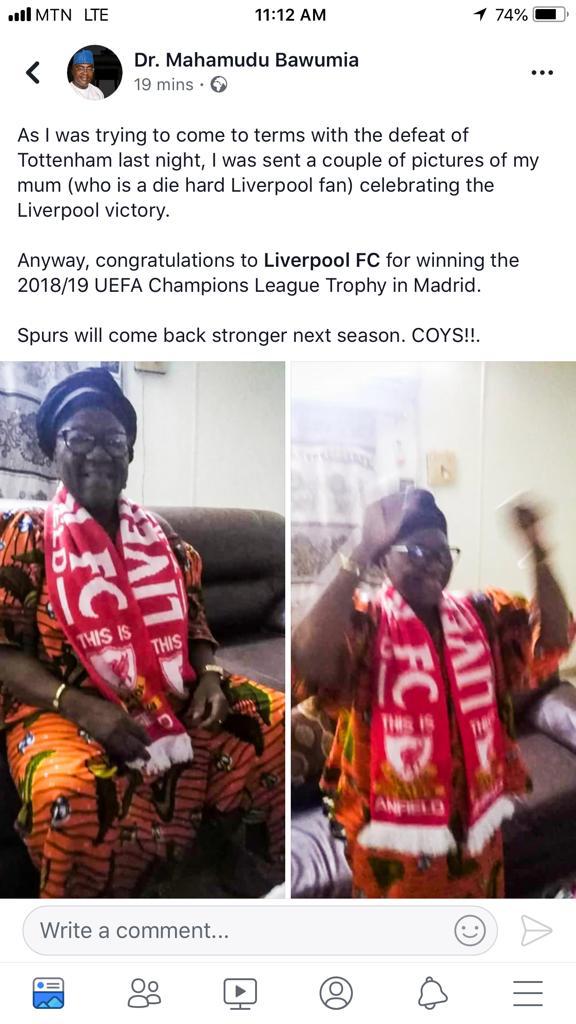