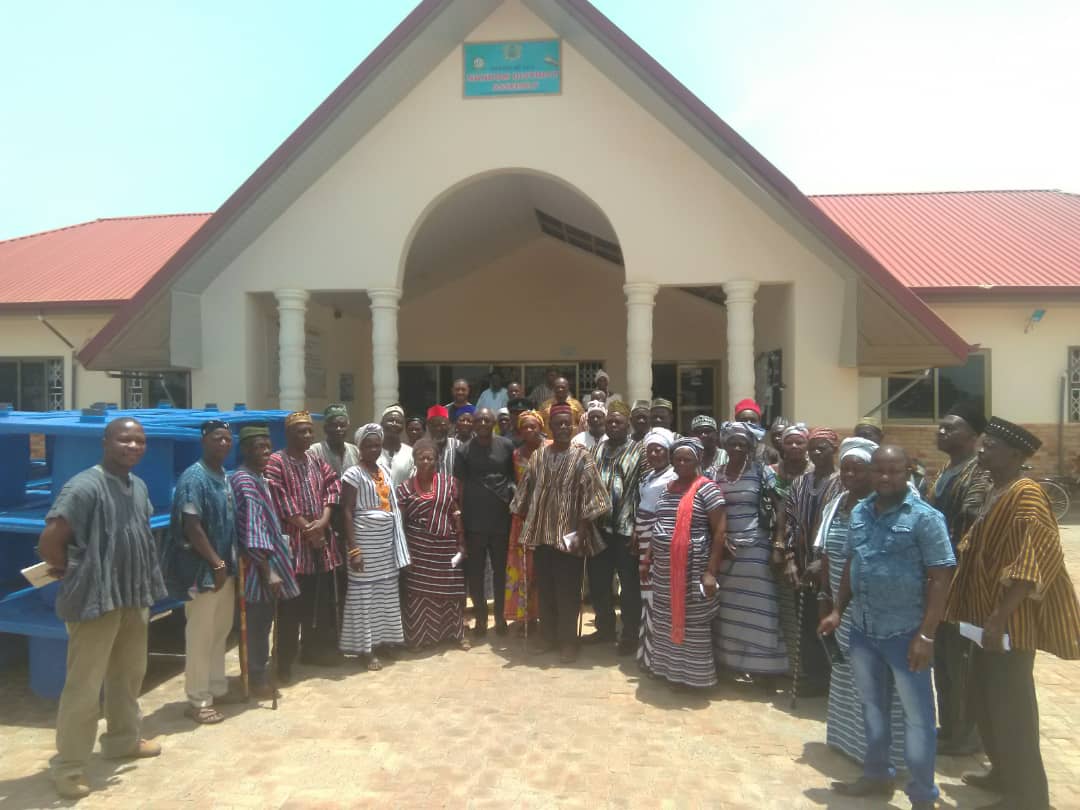 Mr. Aasoglenang said as a result of the commitment of traditional leaders especially the Former President of the Nandom Traditional Council and Paramount Chief of Nandom Traditional area, Naa Dr. Charles Puo-uure Puobe Chiir VII, Nandom District has made giant strides in the area socio-cultural and economic development.

The District was 7th on the Ghana League Table and 1st on the Upper West League table in 2018. Mr. Aasoglenang revealed that the Nandom District has been declared 100% Open Defecation Free (ODF) this year by the Upper West Regional Inter Agency Co-ordinating Committee (RICCs) and a National Team of ODF verifiers led by the National Director of the Community Water and Sanitation Agency (CWSA).

The Nandom DCE said all the 88 main communities in Nandom are now Open Defecation Free communities. “This is partly due to the divers important roles played by you Chiefs and Queen Mothers of our District” he said.

Mr. Aasoglenang said this when he delivered the Keynote address during an encounter with Chiefs and Queen Mothers of the Nandom Traditional Council in Nandom.

According to Mr. Aasoglenang, the processes’ leading to the achievement of ODF by all communities was led by the traditional leaders from the various communities in the District. Since the introduction of the Community Led Total Sanitation (CLTS) Concept in Nandom, by SNV (a non-governmental organization)  the late Nandom Naa, Naa Dr. Puo uure Puobe Chiir VII led the Nandom Traditional Council to embrace the concept and also galvanized support from all chiefs and community heads and other major stakeholders  in the District. Nandom District has been improving tremendously every year since the introduction of the CLTS concept. 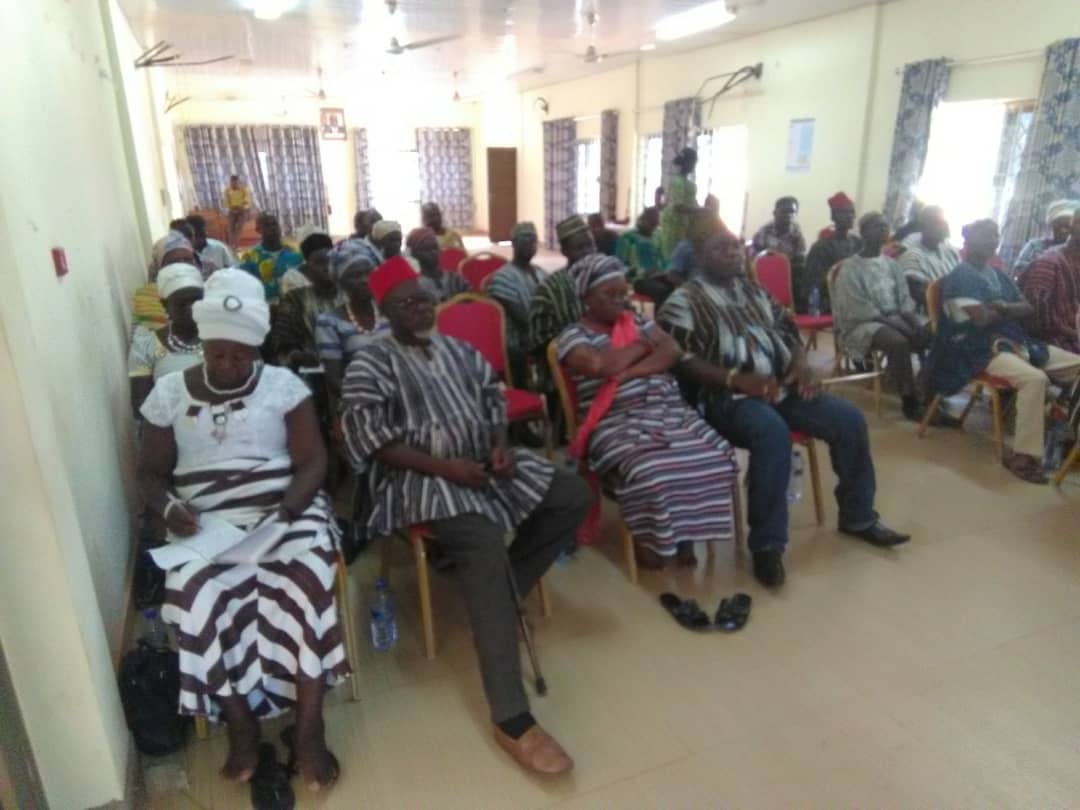 The DCE said even though some communities faced a lot of difficulties with the behavior of some residents in the process, the chiefs and queen mothers in concert, remained resolute in ensuring that they did not renege in their performance towards the achievement of ODF. He reiterated “Last year, Nandom attained 96% ODF.  As a result, Nandom emerged 7th on the Ghana League Table.

This achievement was Possible because all hands were on deck” Mr. Aasoglenang explained. He called on the traditional leaders to continue to activate themselves by ensuring that the District does not slip into the old situation anymore. He said, Nandom has been the pace setter in many facets in the last few years. He added that the momentum must be collectively and jealously guarded and maintained by all the people of Nandom especially its leaders. He said SNV has been the main catalyst behind the successes chalked by Nandom in the area of Water Sanitation and Hygiene. SNV contributed technically and financially towards what is being celebrated today.

Mr. Aasoglenang said under the leadership of his Excellency Nana Addo Dankwa Akufo-Addo, the water and sanitation situation has improved tremendously in the District. He Explained that a number of boreholes have been constructed across the District in the last two years to augment the water situation. Mr. Aasoglenang added “The Nandom Water System which had collapsed before I assumed office as District Chief Executive has been revived with a new Board and staff through the support of the District Assembly”. Additionally, the Member of Parliament for Nandom and Minister for Interior Mr. Ambrose Dery has also funded the drilling of 37 boreholes for institutions and communities in the District. “I am happy to inform you that we have just signed a contract for the drilling of fifty (50) more boreholes District wide. The contractor is mobilizing to commence work immediately” he said. There are also preparations for the construction of Two Water Systems for Ko-Tokuu and Guo- Tuopare under the World Bank Sustainable Rural Water and Sanitation Programme

Mr. Aasoglenang Arkum Thaddeus said in fulfillment of His Excellency Nana Addo Dankwa Akufo-Addo’s promise of $1m per constituency, Nandom is receiving its fair share of the amount with various projects in the District. He said under the Infrastructure for Poverty Eradication Programme (IPEP) through the Ministry of Special Development Initiatives (MSDI),  eight 10 seater mechanized bio digester toilets are at advance stages of completion in various communities and institutions in the District. He said through the MSDI, contract has been awarded for the construction of a permanent school block (Classroom, teachers’ quarters and a library) for the Nandom Girls Model School at Dondometeng. He called on traditional leaders to continue to support the government of Nana Addo Dankwa Akufo-Addo to deliver its mandate to the people Nandom.