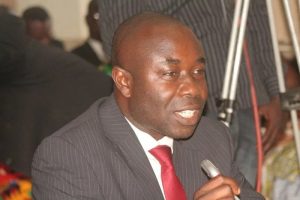 Daasebre Ahenkorah, head of the presidential taskforce on missing state vehicles, has revealed that two leading members of the opposition National Democratic Congress (NDC) Messrs. Kweku Boahen and Kojo Adu Asare came to his office to plead with him to allow them time to return a number of state vehicles in their possession.

According to him, the cars in the possession of Mr. Kojo Adu Asare, a former Member of Parliament for the Adentan Constituency and former presidential staffer in the John Dramani Mahama era, are several cars including a Toyota Camry and a Honda.

He said the two men have since failed to honour their promise of returning the said vehicles and gave indication that the taskforce will zoom in on them soon to take custody of the vehicles.

He also revealed that former deputy interior minister, Mr. Kobby Acheampong also had in his custody, 4 of the missing vehicles which include 2 toyota Camry, 1 Nissan Nivara and a Toyota Land Cruiser V8.

He cited former Defense Minister, Dr. Benjamin Kumbuor as one of the former appointees keeping some of the state vehicles, explaining that they have taken custody of a Toyota Camry from him and are yet to retrieve a Nissan Patrol, Toyota Land Cruiser V8 and some other cars still in his possession.

NDC deputy General Secretary Koku Anyidoho and Awulae Attibrukusu III, paramount chief of Lower Axim traditional area and President of the Western Regional House of Chiefs have in their custody, a Totoya camry and a Landcruiser V8 respectively in their possession.

He said the taskforce will make the list appointees of and the vehicles in their possession public very soon.