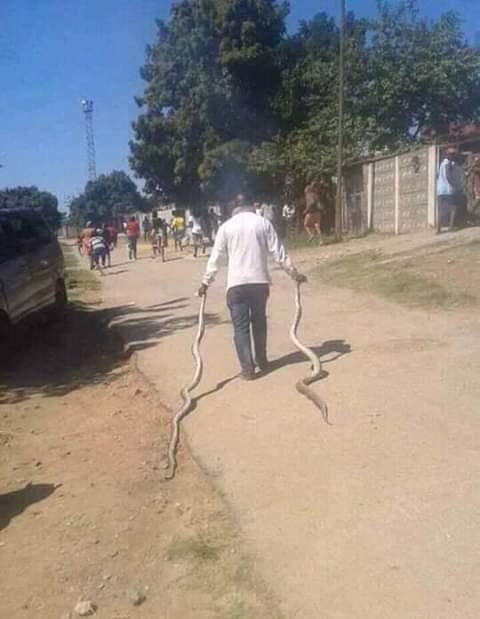 A Malawian man has turned two South African Men into snakes after they attacked him in his house in Durban, South Africa.

The attackers according to reports tried to burn another Malawian Man’s house.

He charmed and turned them into snakes and dragged them along the streets to the surprise of many including some of the attackers most of whom took to their heels upon realizing what had happened.

The Man is demanding a compensation of Two Hundred Thousand (200,000) Rand before he will turn the snakes back into human beings.

This website is informed that negotiations are also ongoing between the families of the snake-men and the Malawian man to resolve the matter.