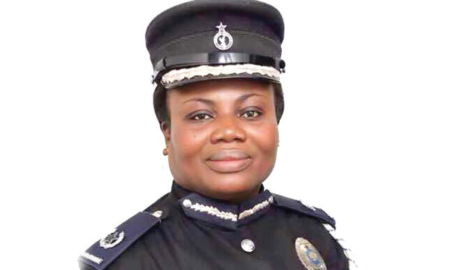 The Member of Parliament for Assin Central Constituency in the Central Region, Kennedy Ohene Agyapong has advised the generality of the Ghanaian people not to rely on the Ghana Police Service for protection.

According to him, the masses must defend themselves at any given time because the police have proven over time that they are clueless and helpless when it comes to resolving matters of crime in the country.

‘’The police did not do anything. Ghana police will not do anything for you, everybody has to defend themselves at any given time so don’t rely on Ghana Police. They do not know anything”, Kennedy Agyapong disclosed.

His anger emanates from the recent press conference organized by the Criminal Investigations Department (CID) of the Ghana Police Service in which the Director General, Maame Tiwaa Addo-Danquah updated the public on the status of some prominent criminal cases they are resolving, including the Ahmed Suale murder case in which the vociferous MP has an interest.

Mr. Agyapong is appalled that the police haven done nothing to apprehend the culprits in the murder case, would denigrate and destroy what he has commissioned some individuals to do in order to help arrest the perpetrators.

He particularly took a swipe at the CID boss for holding the press conference in the first place.

“I am very disappointed in Ghana Police because every work I did with my boys, it was the job of the police to do that. Anas Aremeyaw Anas and Maame Yaa Tiwah are both aware of what is going on. It is a shame for Tiwaah to even hold that press conference or make that statement. The Police have made up their mind to tarnish my image and God will punish them. I hired someone at Madina to go undercover after Ahmed’s death and we received information that some neighbours saw the killers’’ he added.