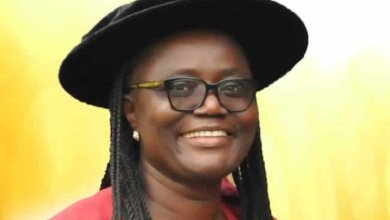 Chief Executive Officer (CEO) of The Learning Nuggets Company Limited (LNC), Diana Dwamena, has rubbished the content of an audit report put out by the Economic and Organised Crime Office (EOCO) accusing the company of wrongdoing in a project executed for Ghana Technology University.

In a letter copied to the media, she accused the investigative body for unprofessional behaviour, detailing several reasons why the accusations leveled against her company could not stand.

She expressed astonishment at government’s decision to go ahead and publish the said report without first seeking her side of the issue.

“Is this the manner in which a supposedly respected group of seasoned professionals and politicians behave in bringing justice to citizens of the country?” she queried.

The CEO denied all allegations that her company, LNC, was a creation of then head of Ghana Technology University College, Prof. Osei Darkwa, calling it a “fabrication’’.

She went on to enquire about the amount of due diligence which went on before the findings were made public.

“How did this allegation that Dr Osei Darkwa set up LNC arise?” she wondered.

“I am sure those on the international stage who have encountered LNC since its inception in 2005 in the UK, by me, will be much bemused by this ineptitude. Further, had a proper audit been conducted, the government would also have established that the relationship between the parties was purely formed on a commercial basis between two private entities’’ she argued.

She also expressed disappointment at the government’s resort to the internet as the channel for communicating their findings, saying that “having worked for large international corporations in roles advising governments on the implications of not understanding the negative impact of the internet, I find it alarming to see how loosely some members of the government have chosen to engage in this manner.”

The letter went on to relate how LNC had been contracted legitimately in a number of commercial ventures which ranged from the acquisition of products, provision of consultancy services to subcontracting operations for Nigeria and IPMC following its credible track record.

Following this, the letter recalled how the venture had been commercial, with no profits made in the eight months that the GTUC campus run in the West African country.

In rebutting claims of financial misappropriation, the letter said, LNC had supplemented the GTUC’s operations at various points and is owed money: “GTUC did not recoup the initial capital investments. LNC also lost money through direct loans to the GTUC programme and making up shortfalls for purchases and operational activities; amounts it intends to recoup from GTUC.”

She, therefore, told the audit committee to seek clarifications where their findings are nebulous, rather than resort to the concoction of stories to be presented to the media in this reckless manner for public consumption.

Finally, she described as “ludicrous” allegations made in the newspaper publication that the companies listed in the audit finding were associated with the erstwhile Mahama administration.