The Bank of Ghana (BoG) has cautioned the public against dealing with cryptocurrency exchange platform, “BitCash Currency Exchange” which claims to have approval from the central bank. According to the BoG, it has not licensed such an entity or any other cryptocurrency exchange platform. A statement dated March 8 and signed by the Secretary, Sandra […]

A former Director-General of the Police Professional and Standards Bureau (PPSB), Commissioner of Police (COP) Mrs Maame Yaa Tiwaa Addo-Danquah, has been appointed Executive Director of the Economic and Organised Crimes Office (EOCO). A certified fraud examiner, COP Addo-Danquah replaces Steve Raymond Dapaa-Addo, who was appointed Director-General of EOCO on July 9, 2021. A letter […] 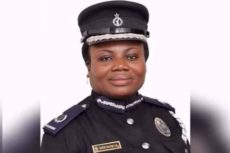 Steve Raymond Dapaa-Addo Esq. has been appointed as the Executive Director of the Economic and Organised Crime Office (EOCO) effective July 9, 2021. Mr Dapaa-Addo practised in Ghana as a State Attorney and in Nigeria, where he worked with the Rivers State Ministry of Justice and rose to the position of Director of Civil Litigation, […]

It has emerged that indeed, embattled Chief Executive Officer of Ideal Finance, Nii Kotei Dzani was arrested by officials of the Economic and Organized Crime Office (EOCO) and officers from the Ghana Police Service. The confirmation comes from no mean a source, than the EOCO Boss himself, Mr. Adu Poku, after Dr. Nii Kotei Dzani […] 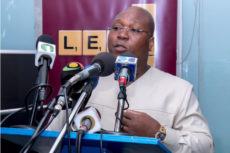 The assets of Council of State member Nii Kotei Dzani, who founded the now-defunct First Trust Savings and Loans and Ideal Finance, have been suspended by the Economic and Organised Crime Office (EOCO). They include 41 bank accounts of Ideal Finance. The lawyer for EOCO, Mr Abu Issah, has also revealed that Nii Dzani’s vehicles […] 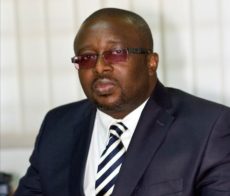 The former Executive Secretary of the Free Zones Board, Kojo Twum Boafo, has reportedly returned a sum of $6,000 and €6,500 imprest to the Economic and Organized Crime Office (EOCO). Mr. Twum Boafo is under investigation by the anti-graft body and sources say the return of the funds which was part of a travel imprest […] 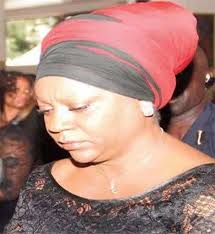 An Accra High Court has dismissed a case filed by a former board member of Ghana National Gas Company, Dr. Valerie Sawyerr, seeking to set aside adverse findings made against her by the Economic and Organized Crime Office (EOCO). Dr. Sawyer in October 2018, dragged the Attorney-General (AG) and the Economic and Organised Crimes Office […]

Three trucks carrying rosewood from Dambai to Tema were intercepted at the Afienya axle weighing point in the Ningo Prampram District of the Greater Accra Region sparking confusion between the personnel from the Ghana Revenue Authority and Economic and Organised Crime Office. The Counter Intelligence Unit of the GRA first intercepted five 20-footer containers carrying […]

The Coalition of Aggrieved Customers of Menzgold Ghana Limited will from April 2 begin a series of demonstrations to demand their principal investments which are locked up with the embattled gold dealership firm. The CACM in a statement issued on March 27 say its membership of close to 6,000 people will embark on continuous picketing […]

The Chief Executive Officer of distressed gold trading firm, Menzgold, Nana Appiah Mensah seems to have heavily invested in landed properties within the five year period that the company has operated, and that is beside the impressive collection of expensive luxury cars his has. The landed properties include 510 acres of land, two luxurious buildings […] 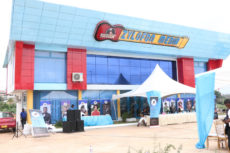 The Management of Zylofon Media, operators of Zylofon Fm and TV have served notice the stations will suspend operations from today, Wednesday January 30, 2019. The move according to a statement issued by the company is in compliance with the directive by the Economic and Organised Office and an Accra High Court ordering the free […]