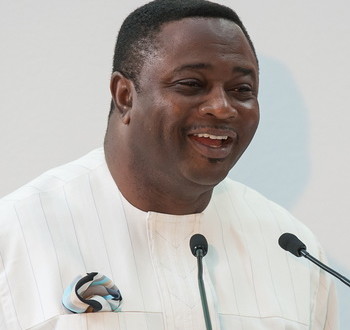 Former Minister for Youth and Sports and Member of the congress committee of the opposition National Democratic Congress (NDC) Elvis Afriyie Ankrah is optimistic of the return of the party to political power in the 2020 elections, but adds that such a feat will not be achieved on a silver platter.

Mr. Afriyie Ankrah is premising his belief of the party’s return to political power on the current difficulties being faced in the country in terms of the economy.

According to him, the recent agitation by spare parts dealers plus complaints by a section of the business community particularly with regards to the depreciation of the local currency is one of the key issues that will cause the fall of the current New Patriotic Party (NPP) administration under president Nana Addo Dankwa Akufo-Addo.

Mr. Afriyie Ankrah who also doubles as the chairman of the protocol and accreditation committee of the NDC however was quick to add that the party must eschew complacency and endeavor to work hard to recapture power in 2020.

‘’The return of the NDC is imminent. Because if you look at what is currently happening in the country, the hardship and the suffering of the common man, there is no way the NDC won’t return to power in 2020. We know it won’t be easy. If you look at these traders at Abossey Okai and other business people and how they are suffering, I am convinced that the return of the NDC is imminent’’ he said.

According to him, Abossey Okai is the representation of the Ghanaian society and that if they are complaining, it means the generality of the Ghanaian people are indeed suffering.