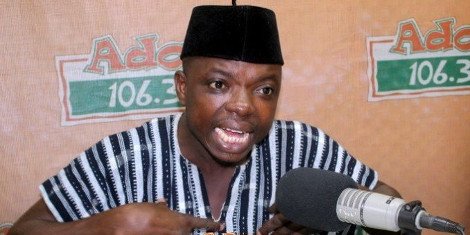 First Vice Chairman of the ruling New Patriotic Party in the Brong Ahafo Region, Kwame Baffoe popularly known as Abronye DC has taken the opposition National Democratic Congress (NDC) to the cleaners for organizing a press conference on the hiring of some external auditors to audit some state institutions by the government.

According to him, the NDC under former president John Dramani Mahama presided over what he described as the most corrupt procurement practice in the country.

According to him, the naked thievery by the John Dramani Mahama led administration culminated in the purchase of a helicopter for a colossal 51 million dollars, when the highest price tag on the best helicopter in the world is pegged at 10 million dollars.

Abronye DC who was reacting to the NDC’s press conference on the matter on Accra based okay Fm and monitored by BestNewsGH.com said the party has assumed some petty posture and tries at the least opportunity to sound war drums when peace is written all over the country.

‘’You look at the NDC who organize a press conference on an 800 thousand cedi website designed for the Hawa Koomson Ministry, which later emerged was a typographical error and you compare that to the 89 million dollar internet purchase fraud at SNNIT under the NDC and you wonder whether these people really think. They said they wouldn’t comment on the 89 million dollar fraud at the time. So what are they telling us? They should get serious’’ he said.

Mr. Baffoe described as wrong the assertion by the NDC and its General Secretary Johnson Asiedu Nketiah that it is only the Auditor General that is mandated to sanction and conduct audits, saying there is no law in the country that prohibits the state from commissioning independent auditors to work for it.