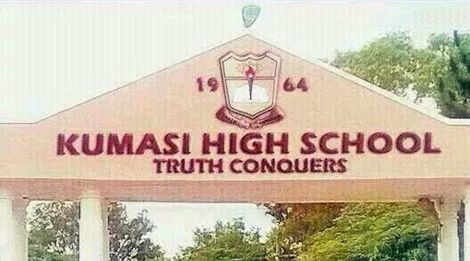 Assistant headmaster in charge of Administration of Kumasi High School, George Amponsah-Duodu has sued the Ghana Education Service (GES) and the headmaster of the school over allegations of his involvement in homosexual activities with a student.

He is praying the court to quash the investigative report of the disciplinary committee that looked into allegations of homosexual activities in the school.

He is also seeking an injunction barring the school and the GES from proceeding with any further disciplinary investigations involving him, until a final determination is made on the issues by the court.

He is again seeking for the court to award cost, including legal fees, to him, as well as any other orders the court may deem fit.

In an affidavit sworn at an Accra High Court, Amponsah-Duodu told the court that the headmaster of the school had set up a five-member investigative committee to look into rumours of homosexual activity between some students and staff of the school. One of the students who were questioned in the course of the investigations mentioned the assistant headmaster as the one who had introduced him to the act.

These investigations were done in the absence of Amponsah-Duodu, who was on sick leave.

According to him, on November 5, 2018, upon his return to school, the headmaster told him that his name had popped up in the course of investigations.

The assistant headmaster, on November 6, 2018, then made a request in writing to the investigative committee to be allowed to cross-examine his accuser.

This request, he told the court, had been denied him on several occasions.

The headmaster is alleged to have again failed to allow Amponsah-Duodu to meet with his accuser, even at the direction of GES, which had written to the headmaster on November 27, 2018 to produce the accuser at the disciplinary meetings.

When asked about the absence of the accuser, the headmaster told the committee that all attempts to reach the student had proven futile.

It was this failure to produce the accuser and the media publications accusing him of engaging in homosexual activity that forced him to come to the conclusion that this was “a grand scheme being masterminded ostensibly to destroy my hard won integrity and moral record for the over 27 years of stay in the school”.

Amponsah-Duodu told the court that in his 27-year stay in the school as a student and teacher, no allegations of criminality or immoral conduct had been made against him, not to talk about homosexuality as is being alleged by “the one sided  headmaster’s committee report”.