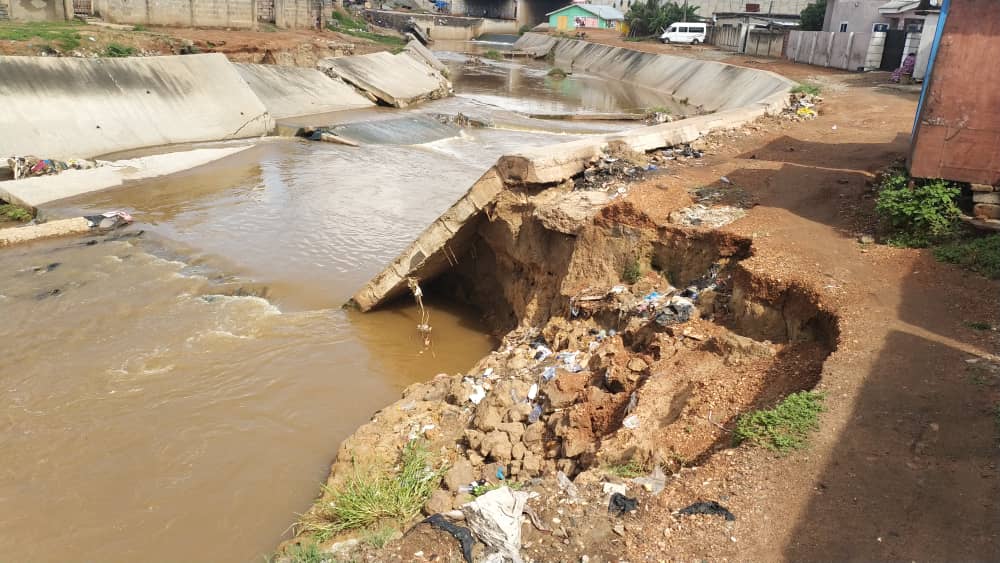 Residents of Aboofum in the Greater Accra Region are living in fear for their lives as floodwaters and erosion threaten to displace them from their homes.

This situation has been compounded by the deterioration of the Achimota-Odaw drain, which is steadily falling apart, following years of neglect.

The drain, which was constructed under the Kufuor administration, has seen some of its slabs detach from the main structure and fall into the drain, impeding the smooth flow of water.

This has meant that anytime the rains have been torrential, the water has overflowed its bank and forced residents out of their homes.

Besides the periodic floods and damages done to the property of residents, as well as the constant threat to their lives, these waters have visibly eroded a portion of the embankment surrounding the drains, threatening to pull in the houses lined along the banks of the gutter.

When The Finder visited the community, residents told us harrowing tales of floodwaters driving them out of their homes.

They also showed us some of their belongings which had been damaged by the floods.

Joseph Avrunya recounted how he had been forced, along with other occupants of his house, to climb into a neighbouring compound to evade the flood. He showed us his documents, including a copy of his dissertation, which had been destroyed by the floods.

According to him, they woke up to the sounds of rushing water beating viciously against their gate, which they had locked the previous evening. Thereafter, he and other residents made the decision to abandon their homes, as it was clear that the flood would pry open the gate.

Alice, a landlady, told The Finder that her wall was razed down by the force of the flood while her entire compound was submerged under the flood. She said she and other residents quickly informed the area’s assemblyman and the MCE about their ordeal. 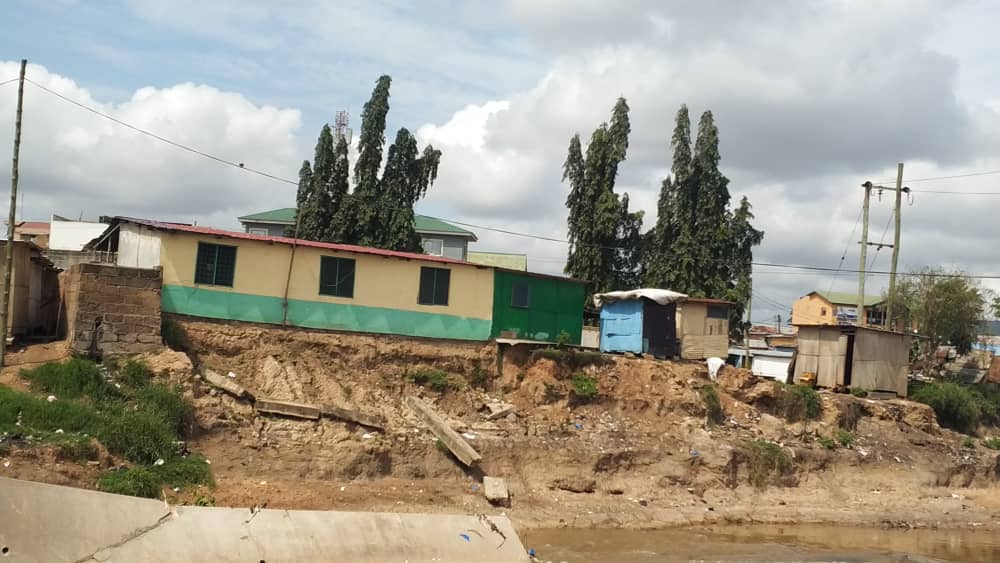 They also went to the offices of the National Disaster Management Organisation to apprise them of the situation.

They said officials of NADMO followed up to see the extent of damage, but as of the time they were talking to The Finder, they had heard no word from their authorities.

When The Finder went on a tour of the community, it was clear that the situation could not go on without action.

For instance, from the last heavy rains, which fell in October, a huge gulley had developed on the path leading to the GH Media School, almost making the road impossible to traverse.

When contacted by The Finder, the assemblyman for the area, Joseph Akogo, told The Finder that the assembly was aware of the situation regarding the drain, adding that he and the MCE for the area had visited the community following reports of floodwaters chasing people out of their rooms.

He said the assembly had contacted the Geological Services Department to begin assessment of the extent of damage while they seek budgetary clearance for commencement of construction, which will see the drain extended from Achimota to Dome.